Better understanding of the “Rivers of metallic hydrogen” in the atmosphere of Jupiter?

Between 03:00 and 05:00 in the BBC's radio program Giant hurricanes at Jupiter’s poles, BBC's science correspondent Jonathan Amos summarizes the result of higher than expected multipole intensity of Juno's magnetic field measurements during close passes of the planet, and agrees with the paraphrasing of the potential source of the planet's magnetic field as:

...'rivers of metallic hydrogen' in the atmosphere of Jupiter... 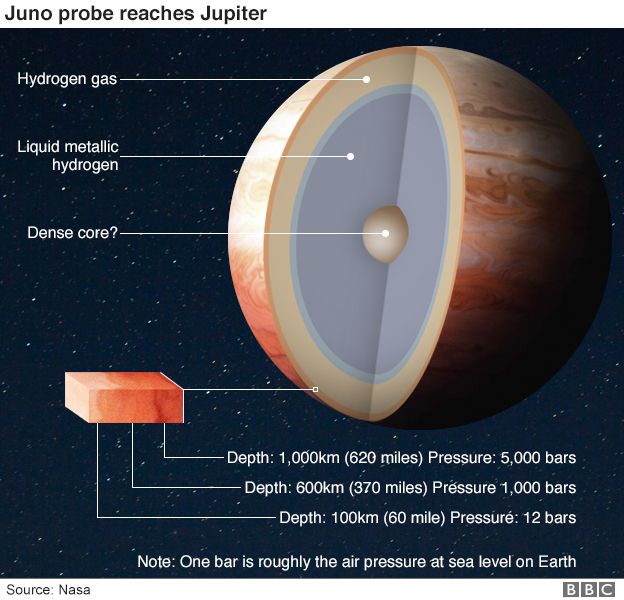 Metallic hydrogen is a phase of hydrogen in which it behaves like an electrical conductor. This phase was predicted in 1935 on theoretical grounds by Eugene Wigner and Hillard Bell Huntington.[2]

At high pressure and temperatures, metallic hydrogen might exist as a liquid rather than a solid, and researchers think it is present in large quantities in the hot and gravitationally compressed interiors of Jupiter, Saturn, and in some extrasolar planets.[3]

In October 2016, there were claims that metallic hydrogen had been observed in the laboratory at a pressure of around 495 gigapascals (4,950,000 bar; 4,890,000 atm; 71,800,000 psi).[4] In January 2017, scientists at Harvard University reported the first creation of metallic hydrogen in a laboratory, using a diamond anvil cell.[5] Several researchers in the field doubt this claim.[6][7] Some observations consistent with metallic behavior had been reported earlier, such as the observation of new phases of solid hydrogen under static conditions[8][9] and, in dense liquid deuterium, electrical insulator-to-conductor transitions associated with an increase in optical reflectivity.[10]

So yeah liquid metal hydrogen, hence the "rivers" though I think the science is still out on if Jupiter actually has any substantial state transitions versus a continuous gradient of gas to liquids to denser liquids then maybe its core. The layers seems to be distinguished by how they cause phase changes in significantly present compounds or elements.

Not the answer you're looking for? Browse other questions tagged jupiter magnetic-field hydrogen or ask your own question.

7
How much does a hydrogen tank weigh compared to the hydrogen in it?
4
Will there be joint observations from earth and the Juno spacecraft when it reaches Jupiter?
3
When Juno finally de-orbits into Jupiter, will metal sink to the core, or remain in the atmosphere?
14
Would a Europa lander need radiation shielding similar to Juno?
2
Why would Juno's originally planned orbit lowering partially mitigate radiation damage?
2
Has (theoretically) metastable metallic hydrogen been considered for use as a propellant?
5
Would (theoretically) metastable solid metallic hydrogen even need an oxidizer?
3
If Juno's long orbit means a lower rate of radiation damage, why the planned short orbit?
3
Could a terrestrial planet with a hydrogen atmosphere be habitable?
4
How does not orbiting Europa maximize Clippers coverage of Europa for a given radiation dose?