Last week's tweet by Ron Baalke (of JPL) mentions five near Earth asteroids that will come within five Lunar distances (5 LD) of the Earth in 2017.

Is nominal the most likely value, and minimum the smallest likely, or smallest possible, or 3-sigma closest? Is there any chance it could be even closer?

Will these numbers improve as the time of 2012 TC4's pass grows near? 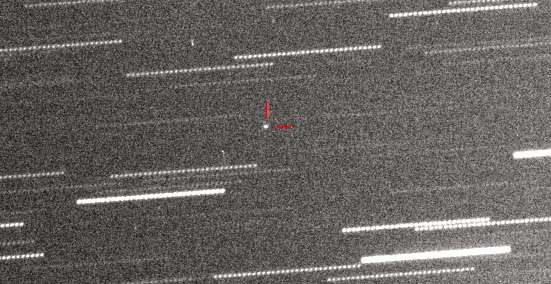 It looks like the tweet is screenshot of JPL's NEO close approach table (found here). JPL has definitions of many terms here.The 'nominal' miss distance is based off the latest/greatest prediction of the asteroid's trajectory, and the 'minimum' is the minimum of all the 3-sigma possibilities for it's range at close approach. This is the 3-sigma error ellipsoid projected onto the B-Plane for the approach, see the diagram below. The B-Plane is defined as the plane containing the Earth and target object at the time of closest approach, where the plane is perpendicular to the approach velocity of the target. 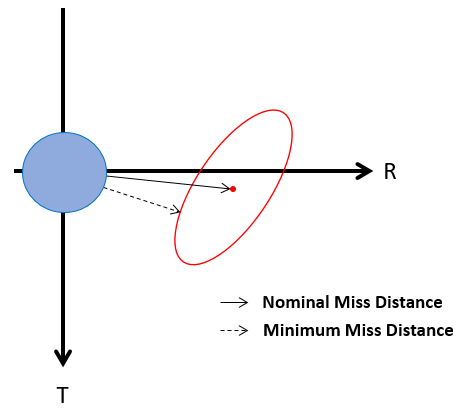 It's maintained by the Solar System Dyanamics group at JPL.

If you look, you can see in the Orbit Determination Parameters table that the object was last tracked in 2012, so it's prediction is pretty poor for the 2017 close approach. I would expect as the object gets closer over the course of this year, there will be additional tracking, and the orbit solution will be re-computed, and get better.

As @chirlu pointed out, 2012 TC4 won't be visible until August, so the solution won't be updated until then.

The better solution (paired with shorter prediction time) will likely change the predicted close approach distance, but more importantly, it will reduce the uncertainty in the prediction.

However, it's impossible to say if the close approach will get closer or further; it will just have less uncertainty.

Not the answer you're looking for? Browse other questions tagged near-earth-asteroid 2012-tc4 or ask your own question.

4
How will OSIRIS-REx scan and characterise the near-earth asteroid Bennu?
2
Here it comes! 2012 TC4 has been re-acquired and its orbit revised; at over 50 million km, how was this done?
0
Is 2012 TC4 part of the Near-Earth Object Human Space Flight Accessible Targets Study?
2
Are there any specific plans for how to deal with near-Earth comets? If not, should there be?