Any news about the Mars-3 landing site since early 2013?

The image below of Mars' surface and text is from the NASA JPL Photojournal Catalog: PIA16920: Could This Be the Mars Soviet 3 Lander?

The latest data shown for the Mars 3 site in Wikipedia is from MRO's HiRISE camera in early 2013. According to the caption, the Mars 3 "...candidate descent module is a feature with the right size and shape to be the actual lander, with four open petals."

Question: Have there been any further detections of the Mars 3 Mission and/or landing site?

below: "HiRISE camera of the Mars Reconnaissance Orbiter (NASA)". Cropped, from here. Apparently this is the largest aperture telescope sent beyond the earth-moon system. 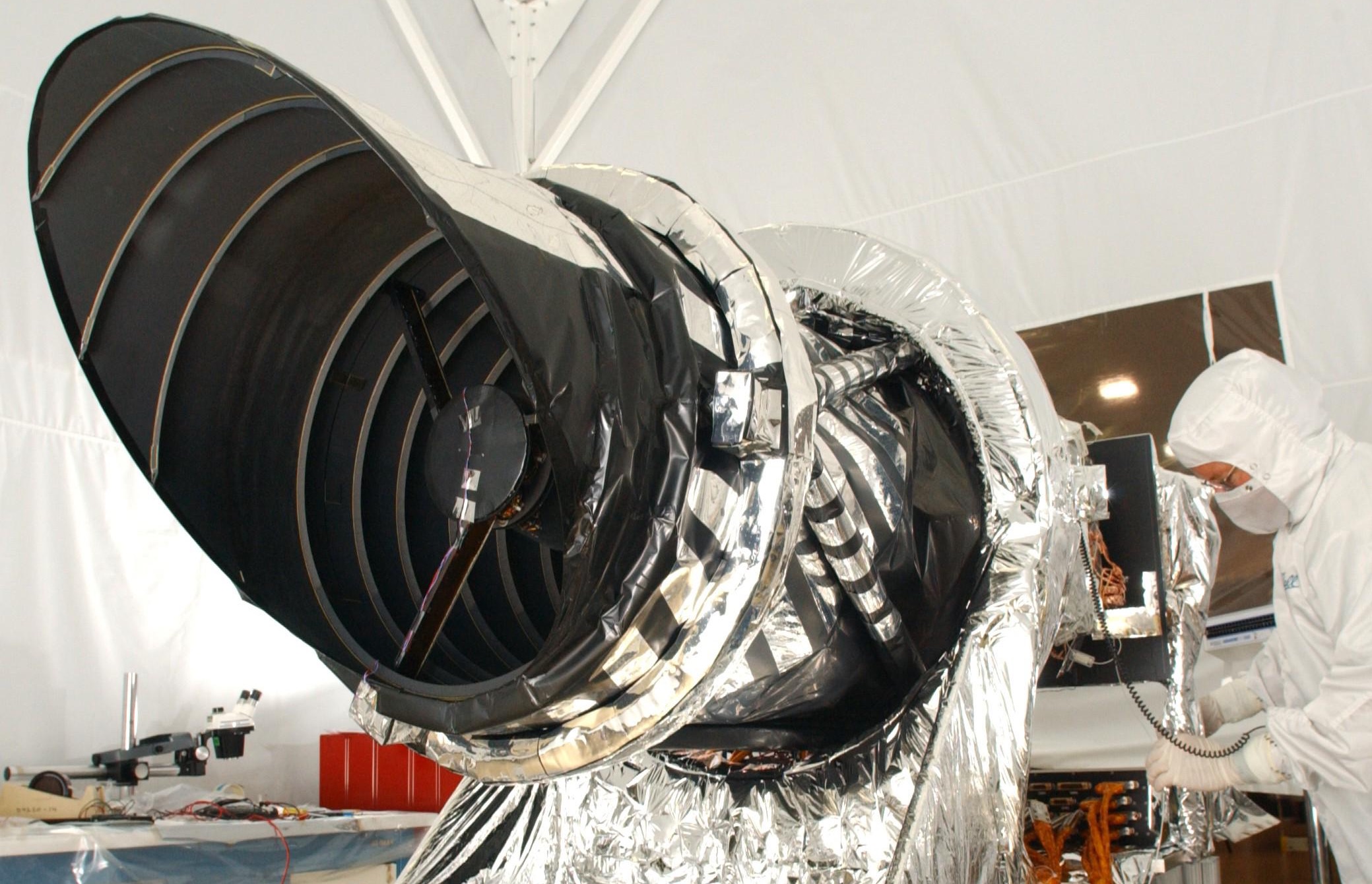 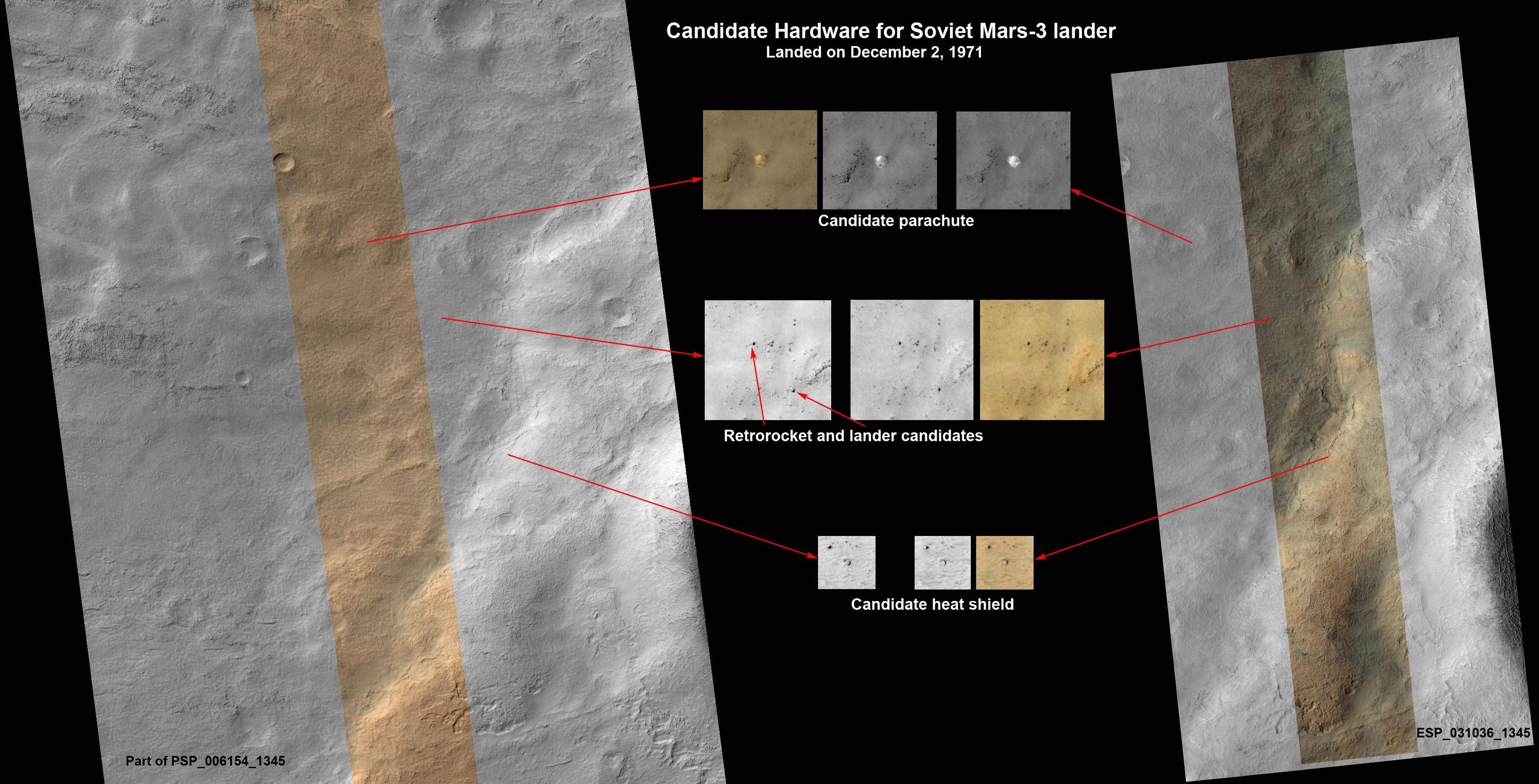 This set of images shows what might be hardware from the Soviet Union's 1971 Mars 3 lander, seen in a pair of images from the High Resolution Imaging Science Experiment (HiRISE) camera on NASA's Mars Reconnaissance Orbiter.

The possible Mars 3 lander hardware was found by an Internet group of Russian citizen enthusiasts who follow news about Mars and NASA's Curiosity rover.

In 1971, the former Soviet Union launched the Mars 2 and Mars 3 missions to Mars. Each consisted of an orbiter plus a lander. Both orbiter missions succeeded, although the surface of Mars was obscured by a planet-encircling dust storm. The Mars 2 lander crashed. Mars 3 became the first successful soft landing on the Red Planet, but stopped transmitting after just 14.5 seconds for unknown reasons.

The predicted landing site was at latitude 45 degrees south, longitude 202 degrees east, in Ptolemaeus Crater. HiRISE acquired a large image at this location in November 2007. This image (HiRISE catalog PSP_006154_1345) contains 1.8 billion pixels of data, so about 2,500 typical computer screens would be needed to view the entire image at full resolution. Promising candidates for the hardware from Mars 3 were found on Dec. 31, 2012.

Vitali Egorov from St. Petersburg, Russia, heads the largest Russian Internet community about Curiosity, at http://vk.com/curiosity_live. His subscribers did the preliminary search for Mars 3 via crowdsourcing. Egorov modeled what Mars 3 hardware pieces should look like in a HiRISE image, and the group carefully searched the many small features in this large image, finding what appear to be viable candidates in the southern part of the scene. Each candidate has a size and shape consistent with the expected hardware, and they are arranged on the surface as expected from the entry, descent and landing sequence.

An advisor to the group, Alexander Basilevsky, of Vernadsky Institute of Geochemistry and Analytical Chemistry, Moscow, contacted Alfred McEwen, principal investigator for HiRISE, suggesting a follow-up image. HiRISE acquired this image (ESP_031036_1345) on March 10, 2013. The image was targeted to cover some of the hardware candidates in color and to get a second look with different illumination angles. Meanwhile, Basilevsky and Egorov contacted Russian engineers and scientists who worked on Mars 3 for more information.

The candidate parachute is the most distinctive and unusual feature in the images. It is an especially bright spot for this region, about 8.2 yards (7.5 meters) in diameter. The parachute would have a diameter of 12 yards (11 meters) if fully spread out over the surface, so this is consistent. In the second HiRISE image the parachute appears to have brightened over much of its surface. The brightening is probably due to better illumination over the sloping surface, but it is also possible that dust was removed during the intervening years, resulting in brightening of the parachute. HiRISE recently showed that the parachute of the Mars Science Laboratory mission has shifted in the wind (see PIA16813), which might also kick off dust.

Together, this set of features and their layout on the ground provide a remarkable match to what is expected from the Mars 3 landing, but alternative explanations for the features cannot be ruled out. Further analysis of the data and future images to better understand the 3-dimensional shapes may help to confirm this interpretation.

I found an interactive google map at the Lunar & Planetary Laboratory's Could This Be the Soviet Mars 3 Lander? ESP_031036_1345.

Screen shot of the interactive map:

The 2013 images and analysis are the most recent and the conclusion still stands - the features identified are likely to be the Mars-3 lander. NASA agrees with the conclusion as outlined in the above article.

I reached out* to the original author of the blog post which detailed the community search for the lander, an astronautics journalist and advocate.

I was informed that the Mars Reconnaissance Orbiter imaged the site a total of 4 times in 2013 to search for Mars-3 and captured the pictures that were used:

MRO took [imaged] this place 4 times, but there was no additional information.

The community is currently searching for the Mars-6 lander using the same techniques and is making good progress.

*I have permission for this quotation

Not the answer you're looking for? Browse other questions tagged reconnaissance-satellite mars-3 mars-reconnaissance-orbiter or ask your own question.

18
What's the largest aperture telescope sent beyond the Earth-Moon system?
3
How to use this Google Mars viewer to find this Martian landslide event?

7
How reliable is HiRISE imagery as a source of knowledge about Mars?
8
Could the crashed Mars Express lander be imaged by the MRO orbiter?
3
Since the Prob-M Mars Rovers had a motor for locomotion, why not use wheels?
5
Why are the gaps in MRO global images of mars so irregular and sometimes filled in?
2
Images of Mars Phoenix Lander showing what's happened after more cycles of winter ice build-up?
3
Why did MRO have to “both pitch upward and roll hard to the left” to point exactly at Perseverance during the entry, descent and landing phase?