At first I assumed it to be a bird, but they don't fly this high. The object seemed to be traveling roughly in the direction of the Falcon 9, suggesting it was not space debri in orbit. Was this object something that was detached earlier in the launch, or did it break off from the rocket itself? What was it? 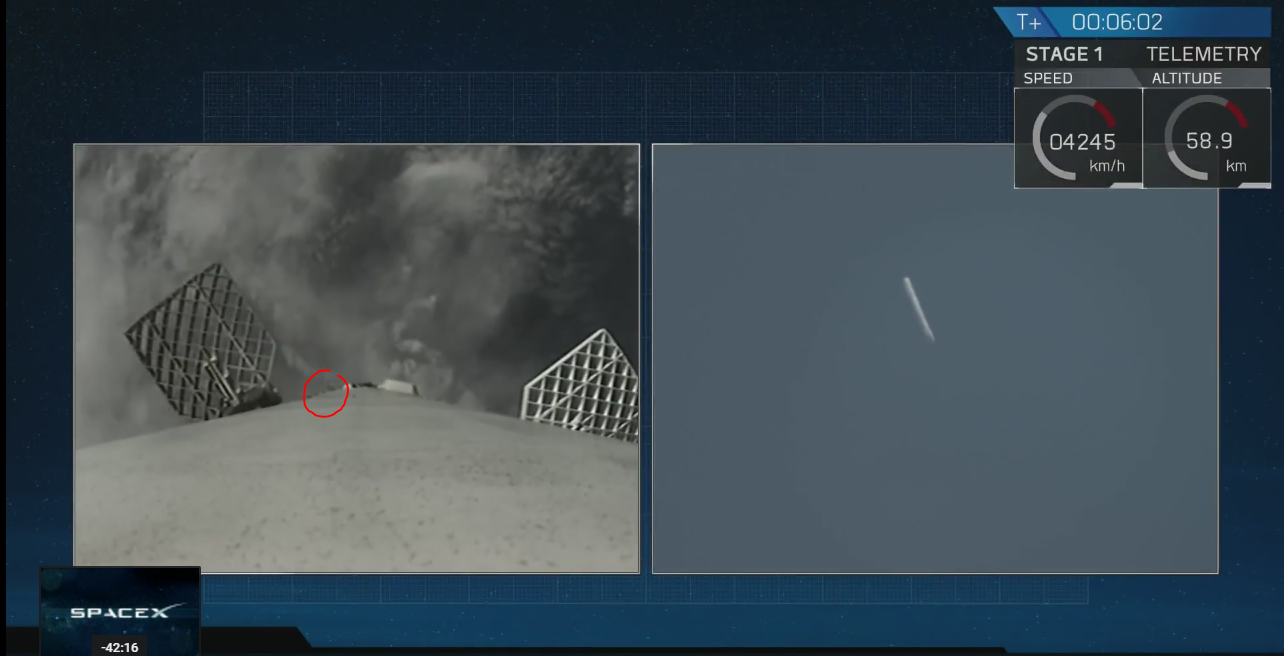 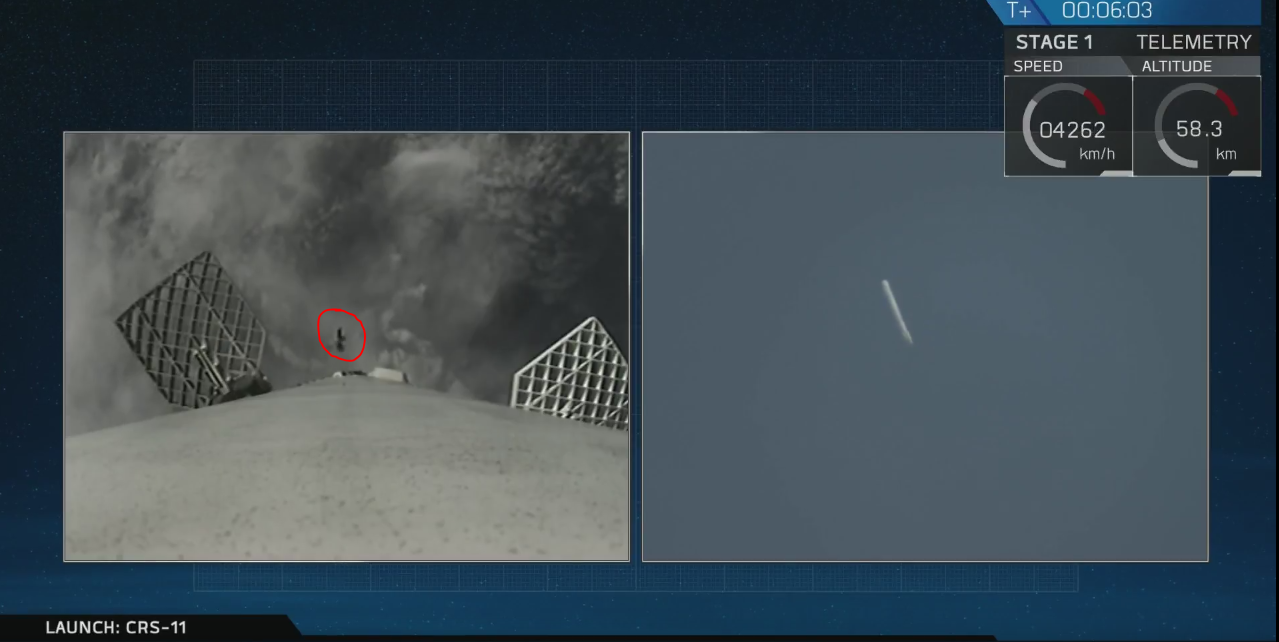 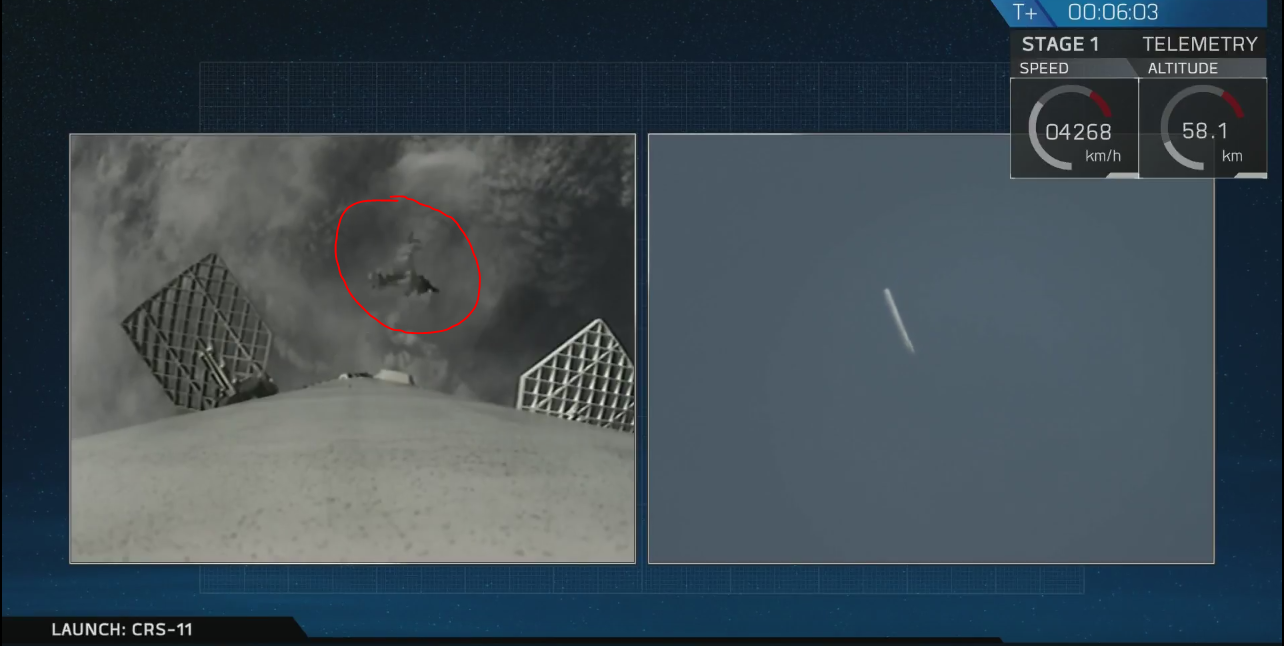 This is a patch of ice, coming off the rocket from near the liquid oxygen tank.

The ice builds up there due to that tank's very low temperature. The patch comes off when the rocket has high velocity and experiences rising air density.

Normally such ice is white but here it's gray because it's polluted by engine exhaust during the boostback burn.

Not the answer you're looking for? Browse other questions tagged spacex crs-11 or ask your own question.

6
Was any first stage recovery system tested on SpaceX Falcon 9 flight seven?
15
What is the value of the cross-track angle between the two designated CRS-4 first stage recovery zones?
10
Through what mechanisms would SpaceX test and examine the returned CRS-5 first stage?
6
Would it have taken much to steady SpaceX's CRS-6 returning stage so it landed alright?
13
What went wrong with the CRS-7 launch?
7
What was the object seen from the stage 2 camera of the CRS-10 launch at T+3:12
22
Why did the grid fin of the CRS-8/SES 10 booster burn?
2
SpaceX CRS-11 landing smoke color is weird
4
I don't understand the speed readings for stage 1 on CRS-12
0
What happens when a rocket explodes (specifically, the SpaceX CRS-7 mission)?