After sending CRS-11 into orbit to rendezvous with the space station, the first stage of the SpaceX rocket Dragon landed on Landing Zone one.

In the video released subsequently you can see two pieces of debris kicked up by the landing blast to the right of the landing spacecraft: 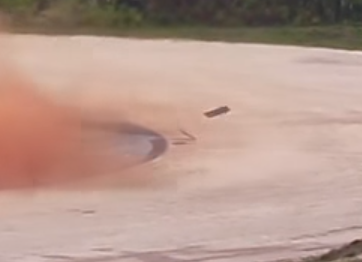 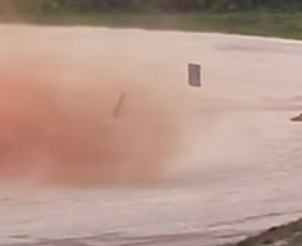 What are these, and is this an accident or intentional?

Browse other questions tagged spacex falcon-9 landing or ask your own question.

9
Are the Falcon 9 landing legs aerodynamic surfaces as well?
15
What is the value of the cross-track angle between the two designated CRS-4 first stage recovery zones?
8
On which flights could SpaceX test Crew Dragon powered landing with complete flight profile?
15
How much of Dragon might have survived the explosion of CRS-7 and for how long?
3
Why were there green ignition flashes after Falcon 9's landing?
5
What is this 'engine plume interaction'?
8
How will they lower the landed side boosters after landing, if there is a nose cone?
4
Reuse statistics of SpaceX Dragon capsules?
12
Can the SpaceX Dragon 2 crew vehicle still use the draco and super draco thrusters to slow down when landing?
4
Where is the debris in the Hayabusa 2 touchdown video coming from?