What's the coin on the Curiosity rover? 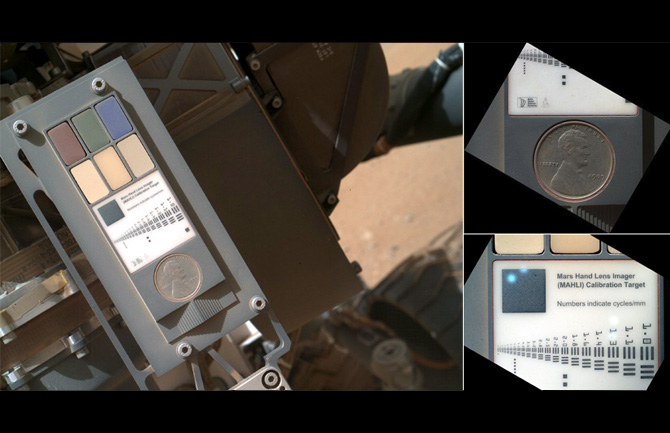 The image above was taken from the Curiosity rover (I hope). There appears to be a coin in the image.

Is that really a coin or some kind of button? Is it really present on the rover?

If it is indeed a coin, why is it there?

Yes, this is a real Lincoln cent and it makes part of the camera calibration target for the Mars Hand Lens Imager (MAHLI) instrument.

A geologist tradition is to place coins (or other object of a known size) besides photographed objects to show the scale of the photograph. This seems to be a homage to this tradition.

When calibrating a camera, there are typically 3 things that are used:

NASA followed this same suit, choosing the penny to be the real object, claiming that it give homage to the practice of using coins to get a sense of scale in photographs. If you take a look below, you will see color calibration targets, resolution targets, and the penny, for the final touch of realism. 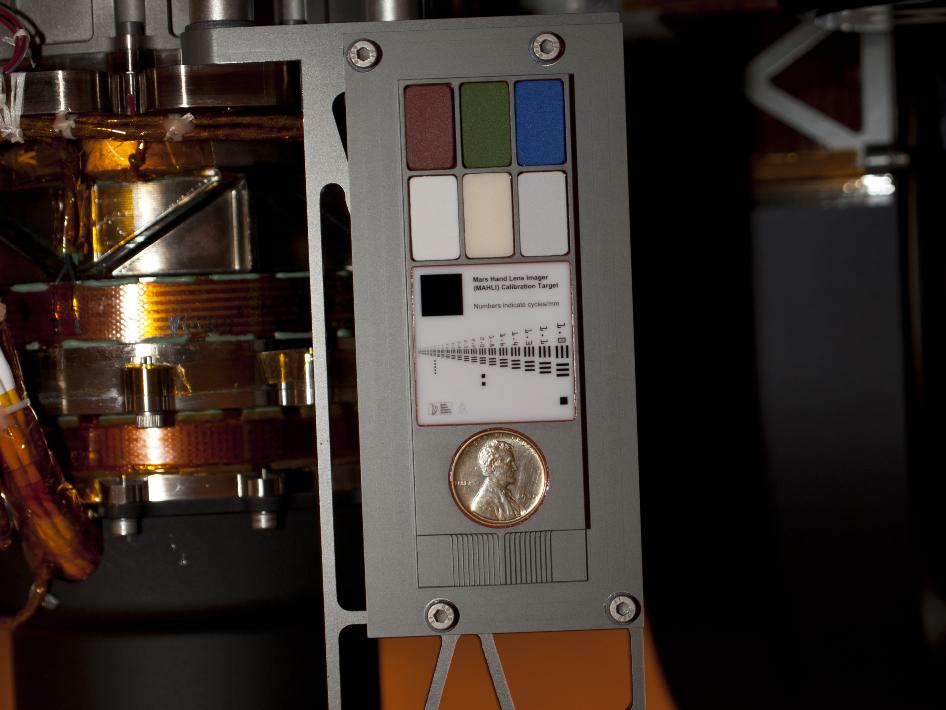 As for why that particular coin, NASA states:

The coin is from 1909. That was the first year Lincoln pennies were minted and the centennial of Abraham Lincoln's birth.

8
Why is so much of InSight visible in this image?
16
What are the black and white circular patterns on the Curiosity rover?
8
Would a fractal-like pattern be a better calibration target?