How many robots have been at, in, or on the ISS?

Part of the problem is that the definition of robot can be a bit of a slippery slope. Can a spacecraft which has autonomous docking capability be considered a potential robot for example? If you are counting spacecraft, assume one of each kind you are counting is present.

And for this question, a robot does not necessarily need to be autonomous. A spacecraft remotely controlled could be a robot for this question for example. If something is officially robotic, it's a robot.

To further narrow it down, for this question a robot should have some mobility. It should be able to move or orient itself — or at least appendages or parts of itself — without someone (a human) grabbing it and moving it, or d be able to move/orient another substantial object in a complex manner.

Science packages may have little gizmos that feed animals or mix, aliquot, or titrate liquids for example. If you know of some cool or prominent ones, count 'em!

Routine movement like pumps to periodically circulate fluids (e.g. water) or fans or magnetic pickups on old-style hard drives would not be robots for example.

And don't forget to count the ones that just plain look like robots! 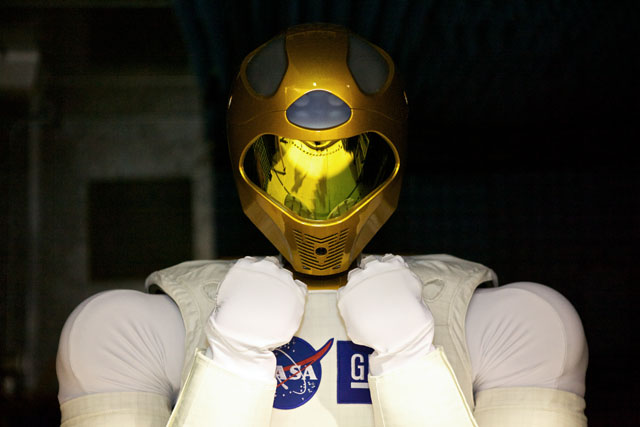 Here is a selection of robotic equipment that has been at/in/on the ISS, feel free to add additional references:

Not the answer you're looking for? Browse other questions tagged robotic-missions robotics aerobot robotic-arm or ask your own question.

12
Are there any humanoid robots on board the ISS?
9
Why was the ISS' DC vacuum cleaner replaced with an AC version? Are there "wall sockets" throughout the ISS where it's plugged in?
8
Robots on board the ISS: Expectations and results?
3
How many ISS robotic manipulators are shown in this image, and what are their names?
-1
Rockets with n-engines, for n = 1, 2, 3...

12
Are there any humanoid robots on board the ISS?
10
Who is the space artist? Patterns on the Spheres robots on the ISS
7
How many different walk-off maneuvers can the ISS robotic arm do?
11
How does JAXA's "Int-Ball" manage airflow to optimally navigate inside the ISS?
3
How many ISS robotic manipulators are shown in this image, and what are their names?
3
What are robot arm singularities in the context of the Space Shuttle and/or ISS?
2
What have been the most common causes of mishaps or failures with various cubesat mechanisms & components?
0
Why did NASA need to attach smartphones to the SPHERES robots in order to link them to the ground?
4
How exactly do the AstroBees implement propulsion and attitude control?