Would a fractal-like pattern be a better calibration target?

PearsonArtPhoto's answer on "What's the coin on the Curiosity rover?" brought to mind the possibility of using a fractal-like image that could combine scale and color calibration functions and would be more of a work of art (suitable for posters).

Could such a pattern be a better (or at least equally good per unit area) calibration target? (Such would seem to provide greater information density and to provide more sensitive testing of color transition handling, but such might require more complex calibration software.)

Would such be excessively expensive to manufacture? (Ordinary printing technology might be excessively subject to fading or other damage and might not have the precise color control desired. The color samples on Curiosity appear to be plaques, presumably for damage resistance.)

It's an interesting idea, and similar to fractal pattern objects are frequently used for testing and calibration of photographic / optical equipment, like for example inclusion of a bird's feather, a tip of a paintbrush, a furry toy, or even frequently included photograph of Lenna with a dark purple feather / fur like fashion accessory on her beige hat, e.t.c., but I don't think a fractal-like pattern would be sufficient on its own. 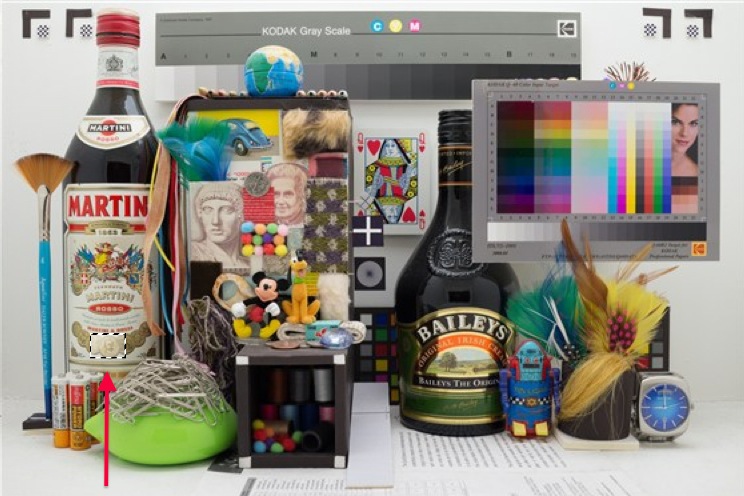 Photographic calibration targets test multiple aspects of photographic fidelity that require not only various levels of detail to test sharpness, metering, compression artefacts, digital sensor noise, or a plethora of other things, but also larger blocks of single colors, monochrome and halftone pattern areas to test color reproduction, color transition banding, Moiré effect, test for dead or half-dead sensor cells, distortion, and so on. As the list goes on, more and more of these tests require different approach to testing it, and with it either different test / calibration images or a single, complex and combining multiple tests one. 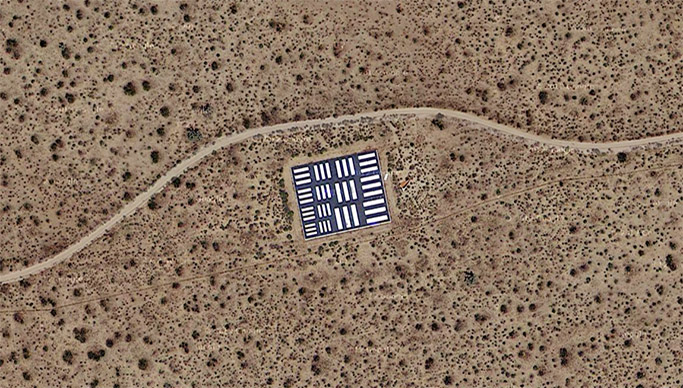 So, while fractal patterns would clearly be interesting to include in such calibration targets, and they indeed often are (even buildings and patches of land), and you can make your own too, they most likely wouldn't really suffice for all the fine-tuning and performance testing requirements of your digital and optical equipment.

The point of the middle image is to assist in calibration of lines and such. That's harder to do on a pure fractal. There is a commonly seen calibration pattern which follows some principals of fractals that is used, however, but it doesn't have the beauty that most fractals have. I found this one here. 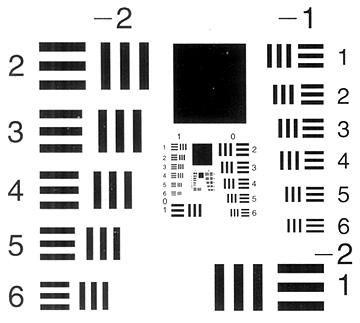 Not the answer you're looking for? Browse other questions tagged camera or ask your own question.

2
What are these mysterious white star-like dots near MU69 Ultima Thule? Real objects near the asteroid, noise, cosmic rays, or something else?
4
What did the Apollo 12 multispectral Four-Camera system look like?