SpaceX is not exactly forthcoming with detailed information about the Merlin's workings but we can figure some things out.

Tom Mueller, designer of the Merlin, gave a brief description of the engine in this video. He drew a sketch of the engine schematic which I have screen-captured for your use. 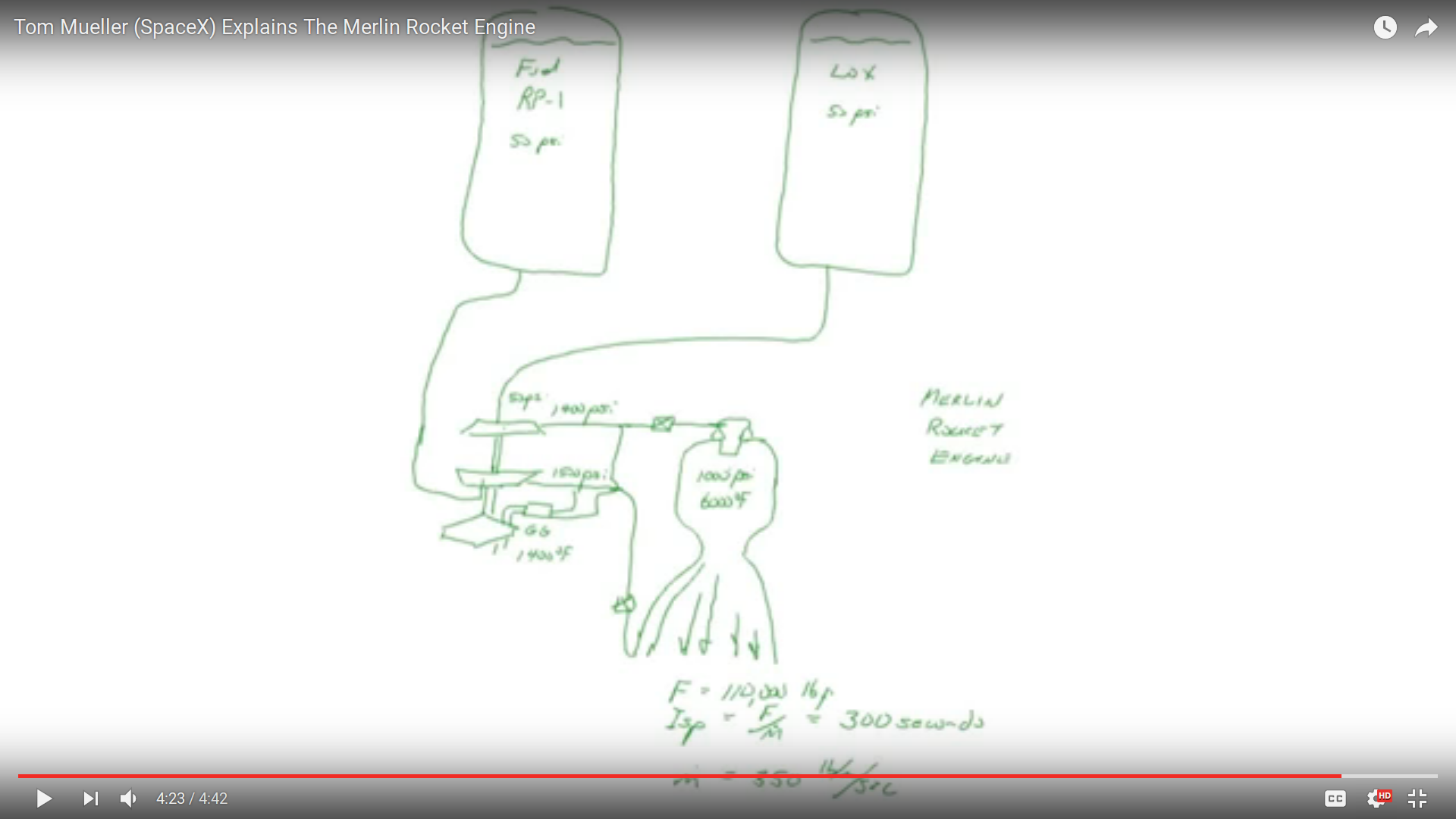 The only valves shown on this sketch were described by Mueller as (the LOX valve) "the valve that we use to turn it on and off" and (the fuel valve) as "the little valve". Not much help there.

However, spaceflight101.com has this image of the conceptual Merlin 2 engine. You will notice that it is remarkably similar to the Mueller sketch except with some more details.

From this, we can infer that the valves Mueller drew on his sketch were the Main Oxidizer Valve and the Main Fuel Valve.

This more detailed schematic shows gas generator control valves which would certainly be necessary to throttle the engine - increasing or decreasing the turbopump power to pump more or less propellant.

The remaining question is about the pintle injector, does it move? This writeup states that it moves, but only in the sense that it is spring loaded closed, and increasing pressure causes it to open more.

Putting all this together, I would infer that the Merlin throttles by controlling the propellant flow to the gas generator.

Not the answer you're looking for? Browse other questions tagged spacex engine-design engines thrust or ask your own question.

3
How do you shut off a Merlin-like rocket engine quickly? How quickly can it be done?
3
The changes of a throttled Merlin-1d engine

25
What makes the Merlin vacuum engine so deeply throttleable?
10
If it is difficult for Merlin engine to have deeper throttling, could it be as an option a different engine at the center of the rocket?
2
What are the differences between the SpaceX Merlin 1D and 1D+ engines?
11
Pintle Injector Face Shut Off - Merlin
6
Falcon 9 Merlin engine thrust vectoring
3
The changes of a throttled Merlin-1d engine
2
Is the thrust provided by electrostatic engines low because thrust depends on particle mass of the exhaust in the case of electrostatic engines?