They are reporting that the three engine relight in the upper atmosphere worked. But the relight of a single engine, lower down for pretend landing on the water generated too much torque and the fuel (in the mostly empty tanks) centrifuged away from the feed line and the engine ran dry.

Why did it torque out of control?

Momentum from the turbopump?

Did the RCS run out of fuel to counteract/control it?

The three engine re-light, might make sense that was probably center and two side engines, so could gimbal two of them to counter any rotation.

For the time being, there likely won't be more information than what Elon Musk tweeted two hours ago:

Rocket booster relit twice (supersonic retro & landing), but spun up due to aero torque, so fuel centrifuged & we flamed out.

This was an attempt at testing the rocket's ability to reignite its engine to reduce its velocity prior to hitting the Pacific Ocean, part of the reusable Falcon 9 rocket system to reduce the cost of future launches, but wasn't the launch's primary objective. The rest of the Falcon 9 launch went nominal though, and it successfully deployed its cargo into LEO (Low-Earth Orbit).

Between this flight & Grasshopper tests, I think we now have all the pieces of the puzzle to bring the rocket back home.

From the comments, thanks @Chris, another tweet from Jeff Foust, space industry analyst and writer, provides a bit more perspective on the matter:

So, according to all of these tweets, after the first stage successfully launched and separated from Falcon 9 second stage, Attitude Control System (ACS) wasn't capable to correct for the roll of the first stage due to atmospheric torque centrifuging the fuel and choking the ACS.

Edit: And at the 3:30EST press conference, they mentioned that the landing legs are designed to be aerodynamic for some extra control at landing time.

Since I don't have anything more, here's a nice photo of the Falcon 9 lifting off from SpaceX's pad at Vandenberg Air Force Base in California on September 29, 2013, carrying Canada's Cascade SmallSat and Ionospheric Polar Explorer satellites (or CASSIOPE) to orbit: 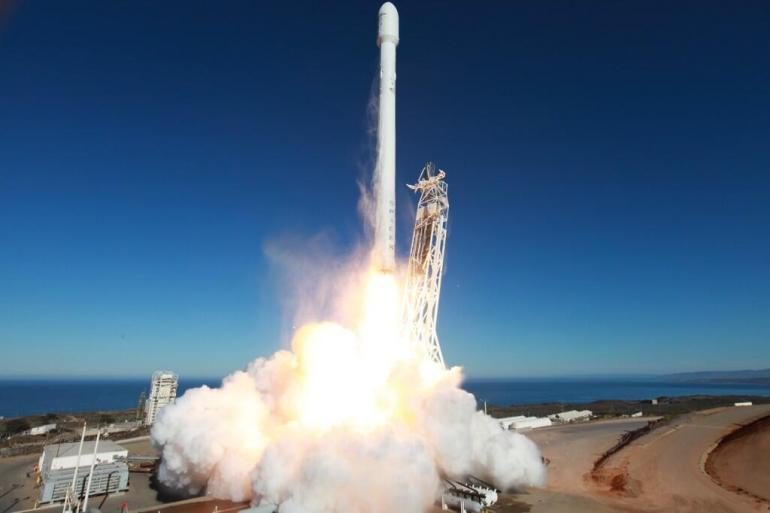 Video of the launch is now available on YouTube.

Not the answer you're looking for? Browse other questions tagged spacex reuse falcon-9 rockets or ask your own question.