I’m trying to understand what could happen when the Tiangong-1 will reenter the atmosphere (probably on march 2018).

Starting from an initial state obtained from a TLE, I integrate the position and velocity vectors of the Tiangong-1 until the reentry date. I do the same for each TLE I downloaded so far and here is the result: 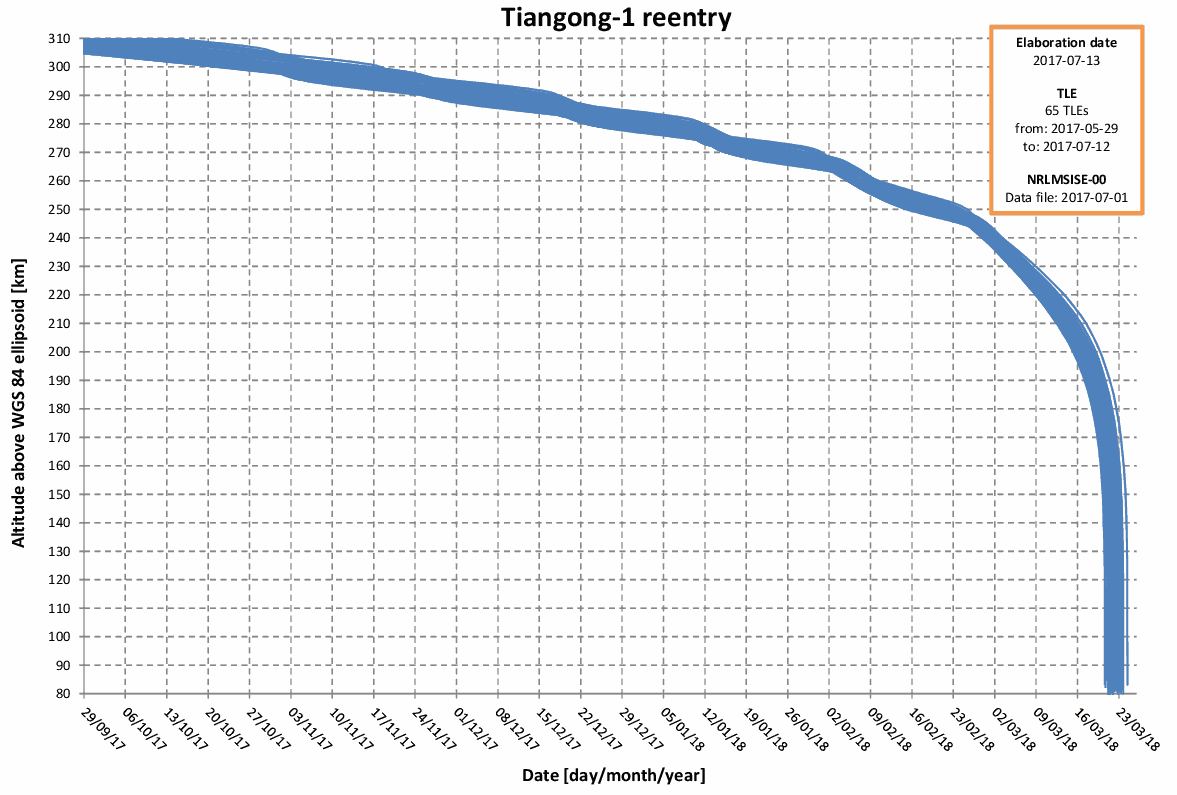 The graph shows 65 possible trajectories based on 65 TLEs.

Next, I integrated few trajectories down to the ground to see the so called max q (maximum dynamic pressure) encountered during reentry.
According to my simulation, the max q should not exceed 11 kPa (usually I get 5 to 8 kPa). Just for comparison, the max q for the Saturn V was 35 kPa and for the Space Shuttle it was 28 kPa.
I also compared the max q for the TMA-M reentry module in an hypothetical ballistic reentry trajectory (not used during normal reentry), here is what I get: 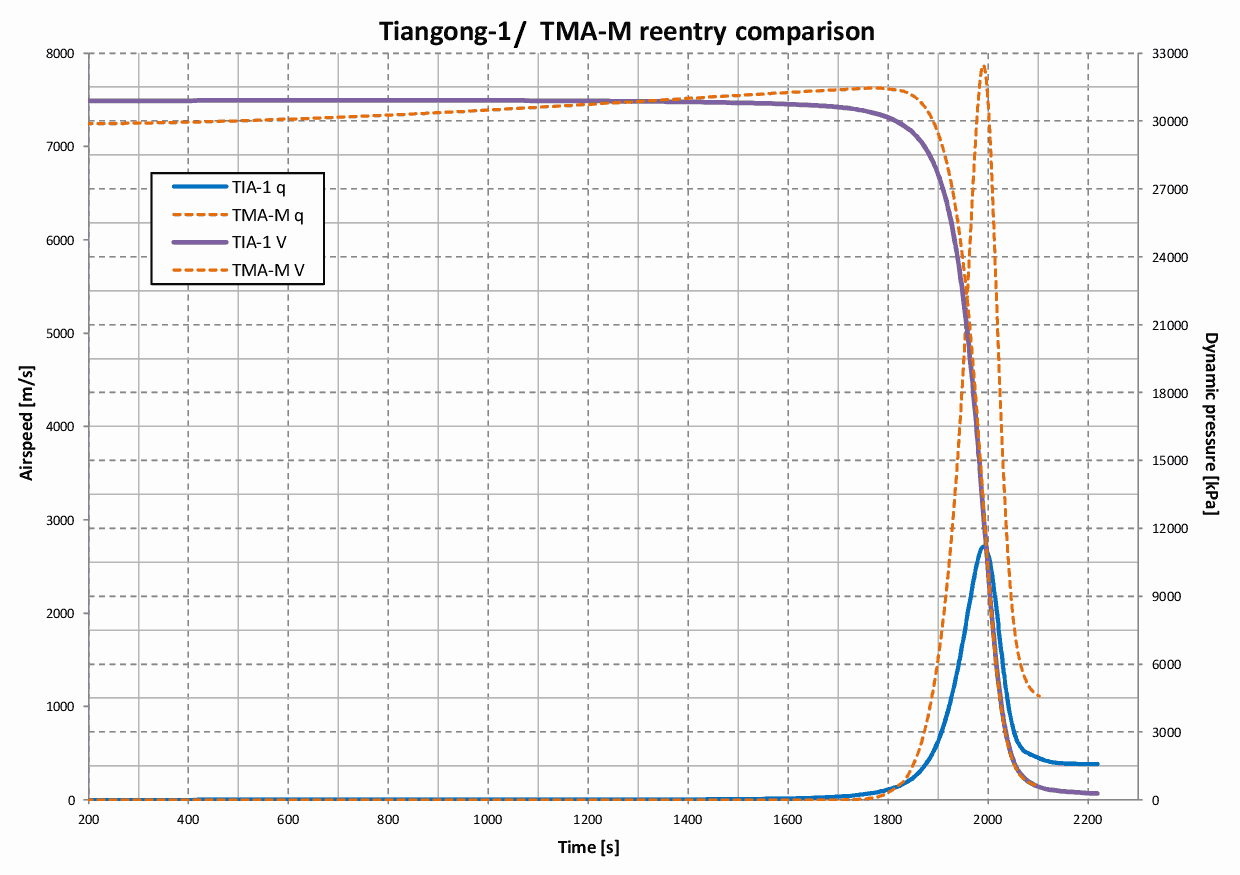 Since the Tiangong-1 max q is very small, I think that some "hard" components (like engine nozzles) will survive to the reentry. What do you think? Any comment?

Browse other questions tagged reentry tiangong-1 or ask your own question.

16
Do we have any idea when Tiangong-1 will deorbit?
10
Challenging the Kármán line from above
4
Did Tiangong-1 turn the engines on?
15
Tiangong-1 reentry impact place probabilities
5
How are impact probability maps rigorously calculated?
12
Why are Tiangong-1's Apogee and Perigee Graphs Wobbly?
2
Where on Earth can one view the entry of tiangong-1?
13
Is there real footage of Tiangong 1 reentry?