Currently the ISS has two basic segments, the Russian and US sides.

The Russian side has 4 docking ports. Usually occupied by 2 Soyuz, 1 or 2 Progress freighters or an ESA ATV vehicle.

You can see in the picture the tail end of Zvezda has the ATV, the two ports on the front end of Zarya, and then the earth facing (Nadir) side of Zarya. (I see in the manifest that the Pirs docking compartment will be discarded to make room for another MRM module in 2014-2015. Which is another question I will ask, why not move Pirs to the top of the front end of Zarya?)

The US side has three PMAs (Pressurized Mating Adapters). One connects the US and Russian segment together and is permanently occupied. One is on the far end of the Harmony node where the shuttle used it to dock. The third has been shuffled a bit as modules are added, and is on Tranquility (Node 3) now.

The PMAs adapt a CBM (Common Berthing Module) port, to an APAS port that the shuttle can use. The current crop of cargo vessels, using the US side (HTV, Cygnus, Dragon, thus excluding the ESA's ATV), use a CBM since the 'door' is wider and they are berthed by the Canadarm2.

The planned CCiCAP/Commercial crew vehicles all plan to use the PMA (after SpaceX delivers an adapter on a Dragon flight in 2014) for docking.

But as the image of 6 vehicles at the station shows, those ports are getting pretty full. The ATV and Progress vehicles hang around for months, tying up a port, as they are used to dump waste to burn up on reentry.

Will there come a time where the available ports will not suffice? It seems likely that a US crew vehicle will remain on station as a lifeboat on a regular basis. (NASA seems to be thinking of launching with 4 crew instead of 7 that most plan to handle.)

One imagines a cargo vehicle will remain for a while as well on the US side. That quickly ties up two of the available 4 ports.

It seems like ports at the station may get tight as the station gets busy, but maybe there is enough room.

Of course space is one issue, the other is the available time in the schedule for the crew to deal with visiting vehicles. Rotating a Progress every 3-4 months, an ATV every 18 months, an HTV every 18 months, Cygnus and Dragon a total of 20 visits over 4-5 years, and suddenly that is a lot of vehicle ops, and that seems to occupy the crew a fair bit when it happens.

Seems like automation is really important to get working, going forward.

In May of 2019, someone captured the ISS in this picture with 5 vehicles. 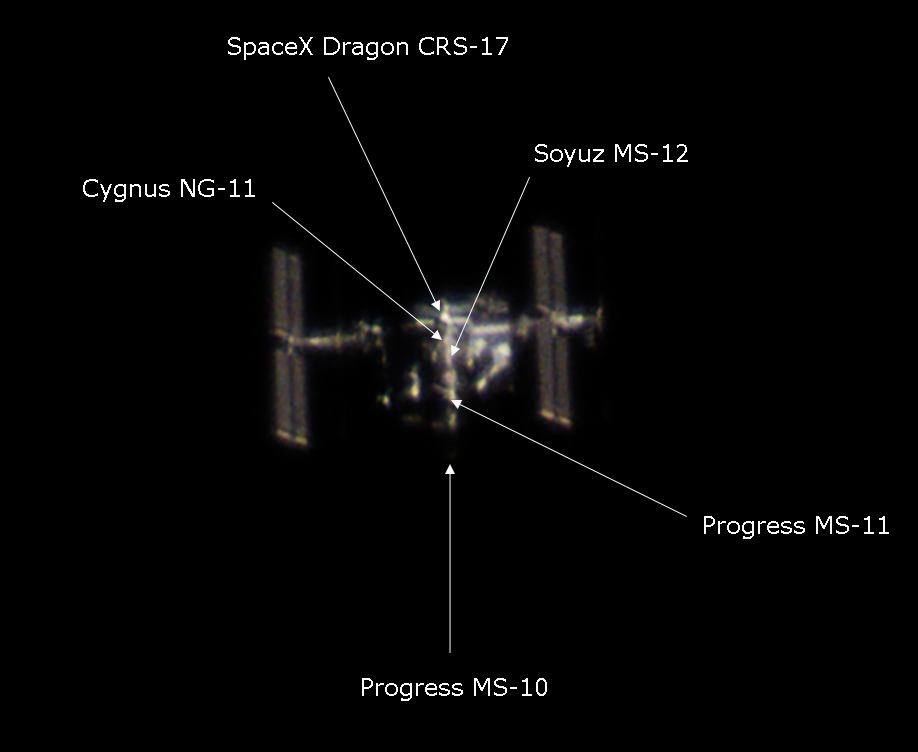 Yes, the ISS was a busy place recently. As you probably remember Cygnus had to wait for a week to proceed with its rendezvous to let Soyuz dock first. We can consider that a traffic jam in orbit. :-)

The current Russian plans include docking MLM Nauka after deorbiting Pirs. And a bit later to add a spherical Uzlovoy Module (i.e. Hub Module or Nodal Module). It will be attached to MLM from nadir, and it will have six ports. 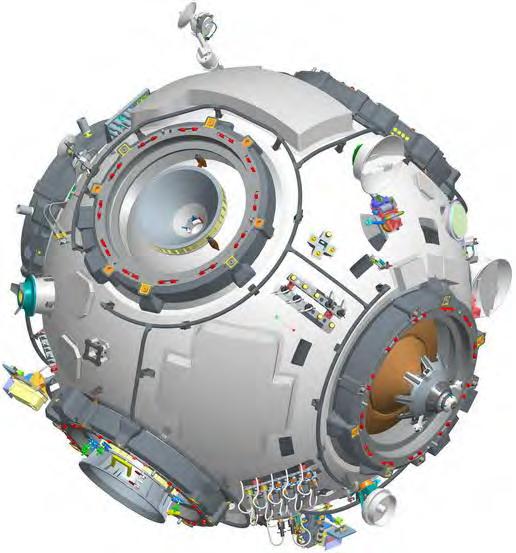 The plan is to deliver it on a specialized Progress vehicle. 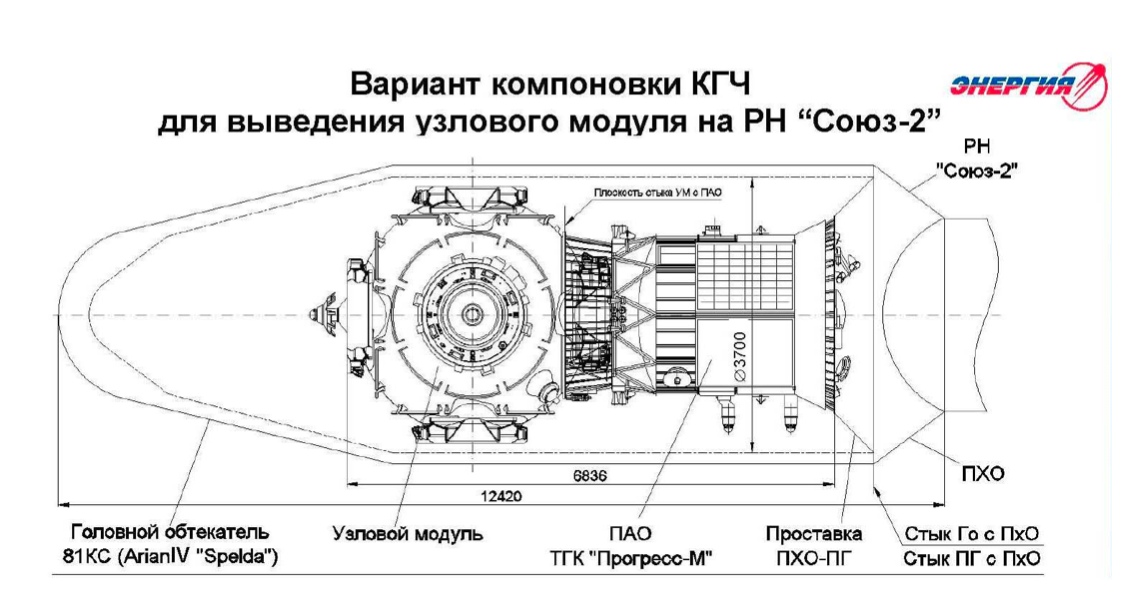 Note the picture of MLM together with UM there. The Nauka's own docking compartment is ther smaller sphere and the UM is the bigger shpere. In this picture UM has two large module and a brand new smaller module (similar to Pirs and Poisk) attached. 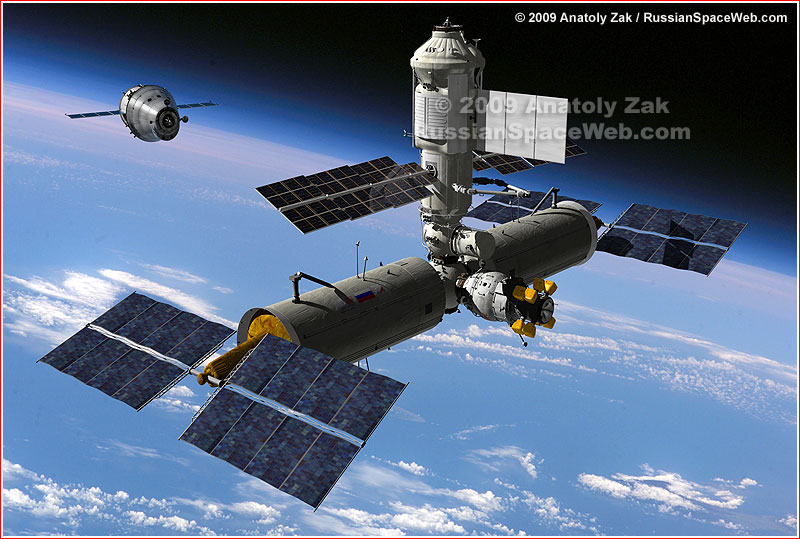 The US side of the station does need more ports. It looks like a fair bit of reconfiguration will be performed of the current modules to free up spots. (Edit: Early 2016 this reconfiguration was complete. CRS-7 with IDA-1 was lost on launch. IDA-2 will be launched by CRS-9).

NASA desires to have two of each type of port available as a backup. Thus they would like two CBM ports available when cargo flights arrive, in case of an issue with one port, to allow berthing regardless. The same is true for the docking ports for manned flights.

A great article discussing the reconfiguration explains how this will be handled.

The PMM (Permanent Multipurpose Module) which is currently on the earth facing (nadir) side of Node 1 will be moved to the forward port of Node 3. (Which would put it parallel to the US Lab module). Interestingly, the Bigelow Expandable Activity Module (BEAM) will be on the aft port of Node 3 (facing the Russian segment). (Edit: This has happened). 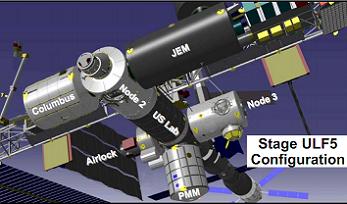 That is, the PMM, facing down in the photo above, will move onto Node 3 such that it is parallel to the US Lab (photo below). (Edit: This has happened.) You can also see in the image below the 2 PMAs on Node 2 (one facing forward, one facing upwards): 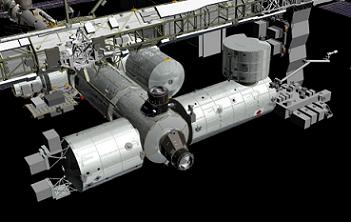 Then PMA-3 which is currently unusable on Node 3, will be moved to Node 2 Zenith. (Edit: This has happened).

Thus the ports available will be:

Node 2 (where the shuttle used to dock, at the front end of the station) will have a PMA facing away from Earth, and a PMA facing forward. Those will be available for manned crew vehicles, which the current schedule only ever has a single one at station at a time. (Indirect handoff, instead of perhaps both docked at once, and one leaving after a week for the handoff). These PMA's will be upgraded with a new docking ring, called an IDA (International Docking Adapter) to meet the NDS (Nasa Docking System) standard that all currently planned manned vehicles will be using. (Amusingly, Dragon will be delivering the two IDA adapters, and the BEAM module to the station).

Then the Node 2 nadir and Node 1 nadir will be available as CBM ports for berthing cargo vehicles. This is preferred over using the nadir and zenith ports on Node 2, as using the top and bottom of the same module would require the CanadaArm2 to berth only to the nadir side (Capture box is below the station, not above it) disconnect, change its grip on the station to then re-position the vehicle from nadir port to the zenith port. This would then require that the vehicles depart in order as well, restricting access more than NASA would like.

A Japanese HTV used the Zenith Node 2 CBM port. It was moved there when a shuttle mission was scheduled and the tail of the shuttle would get too close to the HTV for comfort.

Currently the lack of ports is being handled by restricting access to the station to one vehicle at a time. The reconfiguration will allow two cargo vehicles and two crew vehicles at once, but may not be used in the crew configuration.

But the restriction on access is already starting to cause issues as Dragon, Cygnus, and HTV all share the CBM on Node 2 nadir right now for cargo, and thus scheduling becomes a complex dance with many dependencies and a delay in one flight ripples down the manifest for years.

Before the CRS-7 loss of mission, the plan was to have a Cygnus and Dragon on station at the same time, using the two nadir CBM ports.

Not the answer you're looking for? Browse other questions tagged iss docking dragon cygnus htv or ask your own question.

28
Can the US Part of ISS survive independent of the Russian?
18
Why is NASA planning to deorbit the ISS instead of reusing its newer modules, like the Russians will?
15
Can X-37B dock with the ISS
10
With six spacecraft currently docked at the ISS, how could Santa (or anyone else) deliver presents?
16
Can Dragon, or Dragon V2 be used to boost the ISS orbit?
22
Does the ISS team plan cargo flights when at half crew on purpose?
13
How many spacecraft can dock at the ISS at once?
7
Why does SpaceX not use the Crew Dragon for CRS missions to test it?
12
What will be NASA Policy on backup ISS docking/berthing ports, once commercial crew is up and running?
8
What module(s) on the ISS do the Soyuz dock to?
See more linked questions

9
Why is the Pirs docking module being discarded?
9
Why were the docking ports removed from Zvezda? (Service Module)
9
How much crew time is required for visiting craft, at the ISS?
15
How many docking/berthing operations can a CBM port tolerate?
10
If NASA's plan is to launch 4 astronauts to the ISS on CCtCAP vehicles, why design for 7?
22
Does the ISS team plan cargo flights when at half crew on purpose?
16
Can Dragon, or Dragon V2 be used to boost the ISS orbit?
15
Can a Boeing CST-100 be used to provide station reboost?
12
What will be NASA Policy on backup ISS docking/berthing ports, once commercial crew is up and running?