The recent July 14, 2017 launch of KANOPUS-V-IK also brought along many other payloads, including some smaller satellites and a bunch of cubesats, and deployed them at different altitudes between about 400 and 600 km. The cube sats included the giant shiny balloon satellite Mayak and latest flock for Planet Labs. See:

But looking back in the list a little bit, I saw:

Question: Is there really a laptop in an n = 15 sun-synchronous orbit? If so, what model?

Edit: If it isn't a laptop, please give a short description of what it is then, and why it's called a "flying laptop."

Per Gunter's Space Page, "Flying Laptop" is a 120 kg smallsat with a variety of technology demonstration payloads, including near-infrared optical links. 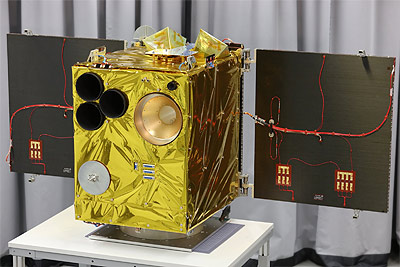 Gunter links to this Earth Observation Portal page with a lot more info. It looks like the relation to a laptop is in name only, aside from some vague references to use of commercial off-the-shelf components where possible.

The Flying Laptop is likely to be a metaphor for a fantastic 21st century education.

Mission Objectives: The development of the Flying Laptop has been conducted by students in the frame of Ph.D., diploma, master, bachelor, and study theses, and internships. The project is used to improve teaching quality by providing hands-on project experience.

From Research-in-Germany.org's article The small satellites 'TechnoSat' and 'Flying Laptop' are successfully launched into space:

Flying Laptop – a small satellite as a training and test mission

"The 'Flying Laptop' project offers both undergraduate and doctoral students a fantastic opportunity to put learned theory into practice and gain project experience in a real space mission. So far, more than 150 student dissertations and over 20 doctoral papers have been written in connection with this project," reports Sabine Klinkner, project manager at the University of Stuttgart. The 110-kilogram ‘Flying Laptop’ small satellite was developed and constructed by post-graduate and undergraduate students at the university's Institute of Space Systems. The necessary infrastructure for the construction, qualification and operation of small satellites in general was also created as part of the development of the satellite. In addition to a large clean room for the integration of satellites, an optics laboratory and a thermal-vacuum chamber, the ground station with a control segment at the University of Stuttgart was also set up and a satellite simulation environment was developed. (emphasis added) 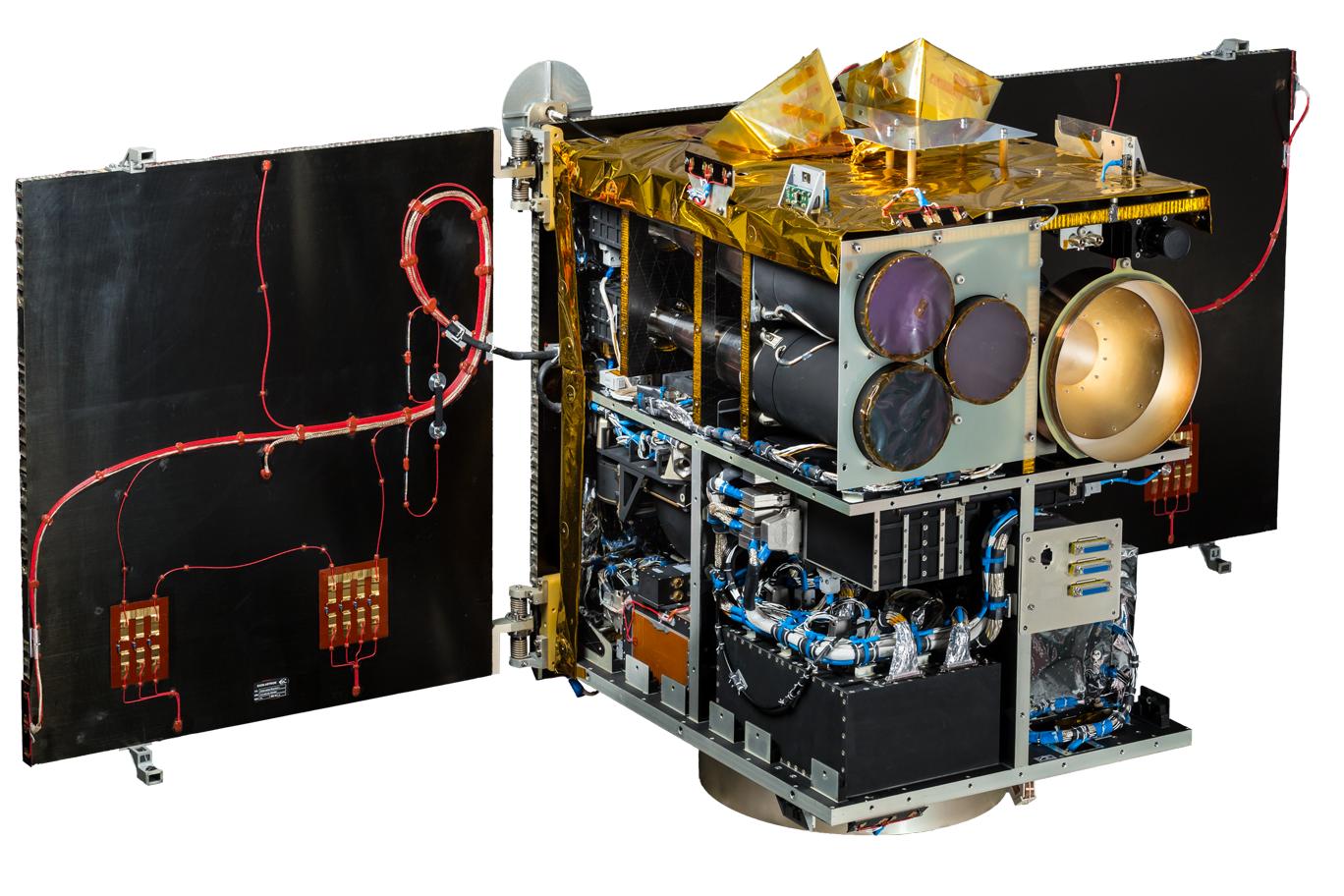 above: Flyling Laptop Satellite from Spaceflight101.

The University of Stuttgart Institute of Space Systems also has a dedicated ground station to manage both the Flying Laptop and TechnoSat spacecraft! 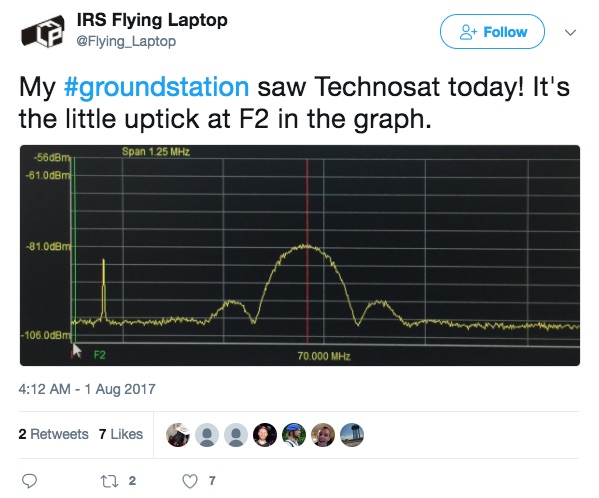 Not the answer you're looking for? Browse other questions tagged artificial-satellite cubesat or ask your own question.

2
Mayak, a magnitude -10 (minus ten) satellite; how is the large, delicate reflector expanded?
1
What are all the ways that FPGAs are used in the Flying Laptop spacecraft?

9
Which two satellites had a 44% probability of collision at 2017-01-07 21:53 UTC?
16
Two week mark; has Mayak (Маяк) been spotted yet? Reflector deployed? Astronomy “ruined”?
3
Why was MarCO-B CubeSats flying away after InSight landed?