What made the Earth appear to be flat during the recent SpaceX launch? 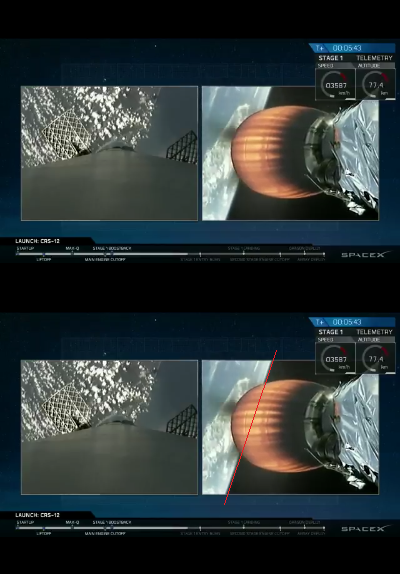 During the recent SpaceX CRS-12 launch which was broadcast live on YouTube, it appeared at one point as if the horizon of the earth was completely flat.

What caused this to happen?

I suspect it is a combination of the fisheye effect of the camera lens and the lack of altitude.

The fisheye effect is well known for making the earth appear more round than it should be. It does so by curving seemingly straight lines towards the center of the image, with greater effect the further from the center. Take the opposing camera angle from the same launch: 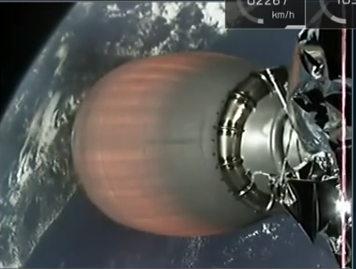 Also, at an altitude of ~200km, the curvature of the earth is not very apparent. Even with the naked eye, you would only notice the curvature due to your wide angle of vision.

9
Will we see the barge landing live during the SpaceX CRS-5 webcast?
28
SpaceX CRS-5 Launch: What is the footage that appears to contain bubbles?
7
What was the object seen from the stage 2 camera of the CRS-10 launch at T+3:12
14
Why does the CRS-8 Falcon 9 rocket appear to be swaying before launch?
9
SpaceX Falcon-9 fairing heating during launch?
12
What happened to the SpaceX Starship SN11? Why did it crash?