How plausible is an upper stage with minimal/no avionics and RCS?

How plausible would it be to build and use an upper stage with little to no avionics and RCS, just an engine and fuel tanks? Would it be possible to use a satellite's/probe's RCS and guidance for the duration of a burn?

It's not only plausible, it has been done. On the ATK STAR series of solid upper stages, a reaction control system is optional.

However, the more common situation is to have the avionics and RCS for a rocket installed on its upper stage, so the first (and maybe second) stage is the one without RCS and avionics. 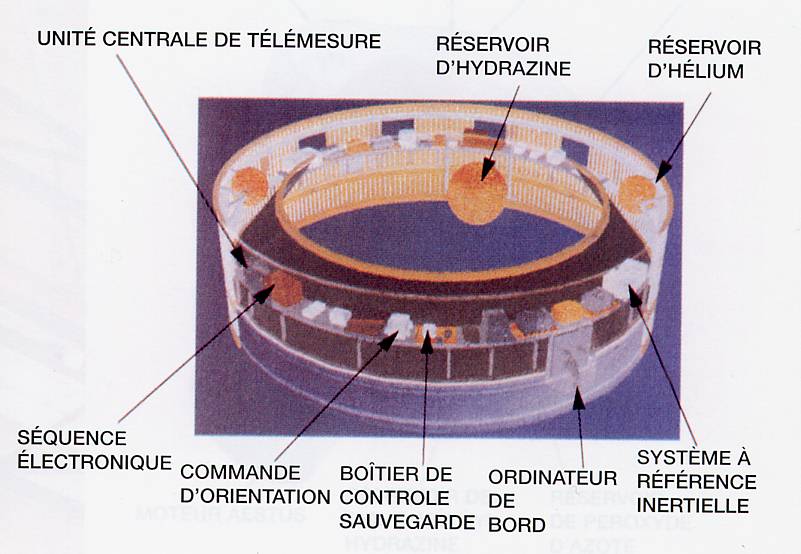 There are three reasons not to have the payload control the entire rocket:

The first question's answer is yes - in fact, the Apollo Guidance Computer could be used to control the entire Saturn V stack, not just the upper stages. Adding a few more command sequences to an existing piece of hardware to more fully utilize its capabilities makes a lot of sense: Unless you end up having to add more memory, computer commands have zero mass.

On the other hand, while it would be plausible to build a completely "inactive" upper stage, it would not be reasonable to do so: In order to have the payload engines control the upper stage, you would have to add mass both for the maneuvering fuel and for beefier engines to have a effective control over the larger vehicle. This means your satellite/probe (launch payload) would be larger and more expensive than an "active" upper stage design would require. You would then either need a larger booster to carry the same mission payload into space, or reduce the size of the mission payload to compensate for the increased propulsion system overhead. In addition, an "active" upper stage isn't going all the way to the target orbit or trajectory, so when staging occurs and it's left behind, the extra mass of its control mechanisms is removed from the component being propelled toward the final destination.

However, RCS engines are not the only option for providing directional control for an upper stage: The stage's rocket motor can also be gimballed to control the direction of the thrust vector, and thereby the direction the vehicle is going. Using an RCS to point the stack while the upper stage engine is not firing would not require substantially larger RCS engines because the change of heading could be done more slowly, but to change direction while the booster engine is firing, gimballing the engine makes a lot more sense.

Not the answer you're looking for? Browse other questions tagged design upper-stage or ask your own question.

8
Why does $I_\text{sp}$ on an upper stage matter so dramatically?
8
What is the point of ULA's IVF? (Integrated Vehicle Fluids)
5
How much fuel can Falcon 9's upper stage bring to orbit, without any other payload?
9
How can the same upper stage be optimal on a common core booster as well as on a single booster?
3
Is it true that hydrogen is the only practical fuel for upper stages?
9
Why do Soviet and Soviet-derived rockets hot-stage instead of using ullage motors?
0
Bipropellant RCS systems: Do they go together with docking? Or with manned spaceflight?
8
ULA's ACES upper stage with IVF - Why are they using internal combustion engines?
5
How much debris will hit the ground from the Long March 5B compared to the debris from a GTO upper stage?
4
How are upper stage engines chilled down?