What would be a "big picture" understanding of how the orbits of Earth satellites are monitored?

In preparation for another question, I typed "keeping track of satellites in orbit" into a search engine, and found a website called keeptrack.space which has a bunch of features that look cool but I don't understand.

There are dropdown menus that list some locations where I assume there is equipment that keeps track of Earth satellites. They may be a mix of radar and optical (vis and IR) but I don't know.

In fact I don't even know what the official term for keeping track of (all of) Earth satellites is. I always thought there was some giant farm of megaWatt radar antennas in some government facility in the US and something similar in a few other big countries, but it's a vague notion, and that may be more for total awareness of space debris including the very small objects.

Question: What would be a "big picture" understanding of how the orbits of Earth satellites are monitored? Are there a few main facilities that do this, or is it a distributed effort? Is it mostly optical, or radar, or are both roughly equally important?

For some background, a discussion of an optical vis-NIR telescope for satellite monitoring can be found in Aerospace.org's article Ground-Based Telescopes for Space Awareness.

below: screen shots of pull-down menus from http://keeptrack.space/ 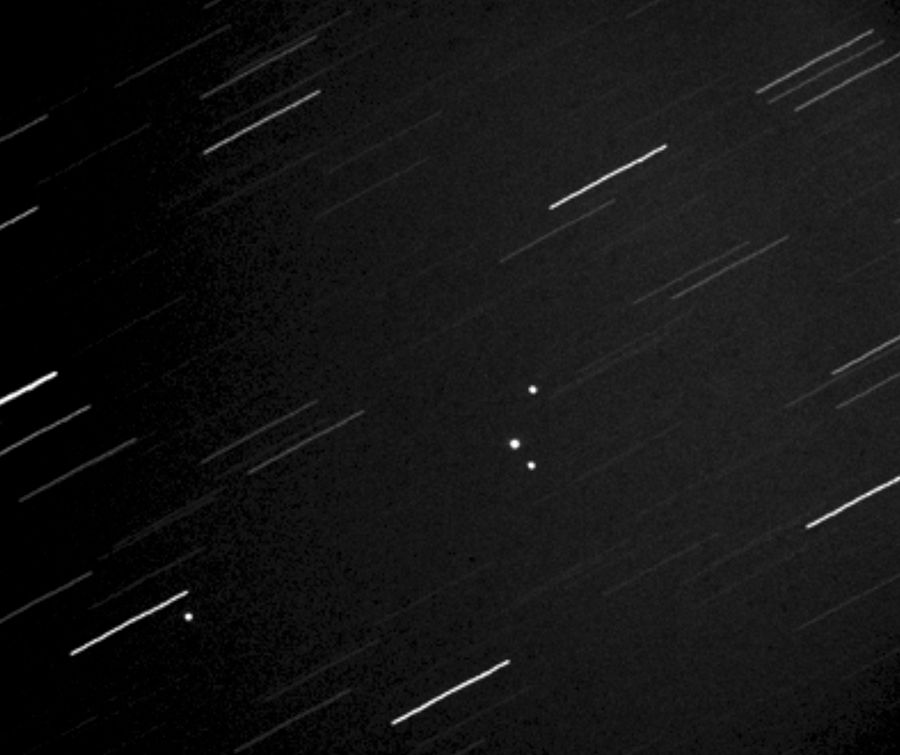 Satellites are routinely monitored by the likes of US, Russia and China. China for example is known to blind American spy satellites with lasers.

The goal is to track the approx 23000 (sources vary from 10 to 25000) objects, which could be anything from a satellite, debris from launches and even lost items from EVAs.

Monitoring is accomplished in the US by the USSSN, the US space surveillance network. The majority of sensors are radars. They allow tracking of smaller objects, that cannot be tracked optically, they are distributed around the globe, they can track under any weather conditions. Facilities of the USSSN are located everywhere around the world, Alaska, California, Spain, Norway, Greenland, UK, and various islands in the atlantic, indian and pacific ocean. The objective is cpmplete coverage of the geosynchronous belt. There are dedicated sensors as well as civilian sensors that share their data. Optical sensors operate in favorable weather at night or during sun set/rise.

The organizational unit responsible is the US Strategic Command's Joint Functional Component Command for Space.

is a dedicated optical system and is part of the USSSN. They can detect 20cm objects in geo orbit, which is not bad.

Radar is just radar. Depending on the system the output is either a data stream of tracks, video or pictures.

The tracking information of all these sensors is sent in realtime to Cheyenne Mountain Air Station, Colorado, where they.

The list of observing facilities in the screenshot is identical to the USSSN locations. Clear is Clear AFB in Alaska. Xuanhua is a chinese phased array radar on a mountain in northern china. The RUS sensors are from the SKKP.

All the data is fed into the US space catalog, which tracks everything from small debris left over from space walks to the space station. The Air Force and the Navy maintain separate catalogs.

NASA publishes all non-classified objects. The offical catalog is available at https://www.space-track.org/

Classified tracks are not available, but it will come as no surprise that this information is readily available on the internet as this seems to be a rather popular hobby in astronomy circles.

A reasonably proficient hobbyist can track satellites with an optical telescope

Tracking is not as complicated as it may sound at first. Two observations are usually enough to determine the track. Usually everything stays in the same orbit or as a decaying orbit, if it is in a low orbit. Some satellites can maneuver and are therefore harder to track, but far from impossible.

Tracking every piece in orbit is very important to ensure safe access to space and safe operation in space. The ISS had to make maneuvers to avoid debris in the past.

Russia operates a similar system to the USSSN named SKKP. No further information is available

More information can be found at Wikipedia site for USSSN

Not the answer you're looking for? Browse other questions tagged artificial-satellite tracking two-line-elements space-surveillance or ask your own question.

25
Is it normal for the US Space Force to warn companies about a possible collision (conjunction)?
13
How to obtain UTC of the epoch time in a satellite TLE (two line element)?
5
Is there a way (working or in development) to track satellites in lunar orbit like we track objects in Earth Orbit?
5
Why were Europe's first few satellites so stylish? Why the pronounced alternating white and black stripes?
10
How does the SpaceBEEs' experimental passive radar reflector work?
6
How is satellite position tracked in practice?
6
Are SpaceBEEs actually hard to track?
0
Does transmitting from a few dishes significantly improve the performance of radar surveillance from Earth at GEO and beyond? If so, how exactly?
1
How does one use the Surveillance Fence feature in keeptrack.space?

15
How many satellites are orbiting the earth?
42
Why are the GPS constellation satellites in such a high orbit?
1
what exactly from our ecological system is monitored by satellites?
7
Why are spy satellites in elliptical orbits?
6
Are SpaceBEEs actually hard to track?
10
How does the SpaceBEEs' experimental passive radar reflector work?
11
Are commercial communications satellites in GEO being constantly monitored by telescopes?
9
How do cubesat owners first find out their cubesat's initial trajectory? How do they point antennas at it before official TLEs start to appear?