How tectonically active is Mercury?

Both this article and this paper say that Mercury's tectonic activity is mostly in the past, but the first article does have this to say:

After the volcanic activity subsided, the planet has been very quiet geologically except for the occasional meteor (however, it is probably geologically more active than the Moon).

What exactly does it mean to say that Mercury is more active than the Moon in this context? How do we measure Mercury's tectonic activity today? 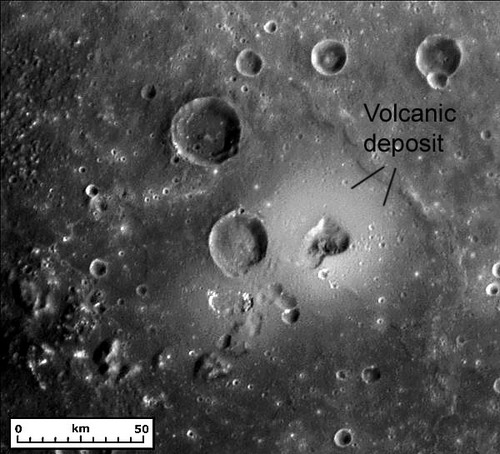 As we don't have any direct measuring tools to measure the effects of tectonics (e.g. Mercury-quakes) and not have observed volcanism in the short while that we have been properly observing the planet - we can only surmise what tectonics have and are occurring by observing the surface features.

To understand the past tectonic features and dynamics is a means to understanding the present.

But, an important distinction, it appears, according to Plate tectonics and planetary habitability: current status and future challenges (Korenaga, 2012), that plate tectonics is a feature unique to Earth.

According to the chapter Tectonics of Mercury, the mostly compressional tectonic features

A combination of tidal despinning and thermal contraction may account for equatorial N–S and polar E–W trending lobate scarp thrust faults in the regions by reactivation of normal faults.

Local preferred orientations of the lobate scarps and uniform thrust slip dip directions suggest regional-scale stresses influenced the formation of the thrust faults. The wrinkle ridges in smooth plains outside of the Caloris basin are likely due to loading and subsidence of volcanic material that flooded lowland areas.

that the planet’s core is larger than previously estimated. As Mercury’s mantle layer is also thinner than previously thought, this result gives greater likelihood to the possibility that mantle convection is marginally supercritical or even that the mantle is not convecting.

Using this data in simulations, they

demonstrate that mantle convection can persist in such a thin mantle for a substantial portion of Mercury's history, and often to the present, as long as the mantle is thicker than ~300 km. We also find that magma generation in Mercury’s convecting mantle is capable of producing widespread magmas by large-degree partial melting

So, to summarise, it appears that the tectonic activity on Mercury has been and is from a number of dynamic sources:

Not the answer you're looking for? Browse other questions tagged planetary-science geology mercury or ask your own question.

9
How can one find the cratering rate for different parts of the Solar System
3
How could Mercury be used as a gravity sling to the outer planets?
14
Can the Sun set twice during the same day on Mercury?
4
Radiation risk on Mercury?
3
When an how will BepiColombo and MIO separate? (JAXA’s Mercury Magnetospheric Orbiter)
4
Friendly temperatures at day/night junction in Mercury?
4
Why must “Mercury’s core (be) partially molten” to explain its weak magnetism?
11
Mars versus the poles of Mercury WRT colonization
4
Is Earth's “pear shape” mostly J₃?
2
Calculating the delta V budget from Earth to Mercury