Wouldn't a Brachistochrone curve to Mars orbit be a much faster and more efficient way to send personnel and equipment to mars as compared to the Hohmann transfer if we used an Ion engine?

The below picture is from here, but with the addition of the blue line to indicate a trajectory that seems more efficient to me. 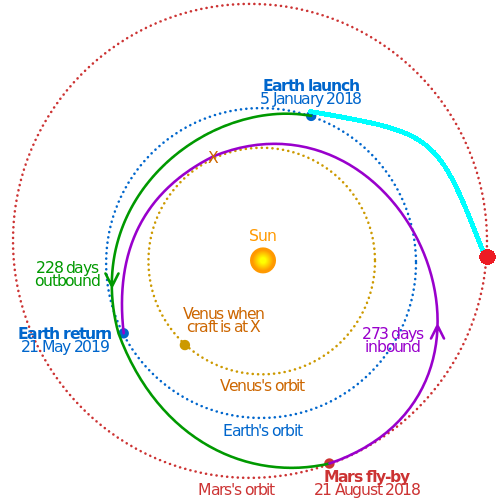 There can't be a "Brachistochrone curve to Mars orbit"

A Brachistochrone curve or something analogous would be a non sequitur in orbital mechanics as it is defined by a constraint, such as a track or rail whose shape is varied. Without a constraint to optimize, you only have the orbits that respond to gravity and propulsive forces.

If there were a physical track in space, you might optimize its shape to minimize time in an analagous way by perhaps falling towards the Sun and then veering later, but you would have to attach the track to something much bigger and immovable, which is impractical.

2020 update: Comments point to the use of Torchships; What exactly is a Brachistochrone anyway? which while it doesn't give any useful math or science, says:

A "Brachistochrone" is a minimum transit time / maximum deltaV mission. Torchships use this because they have lots of deltaV to spare. 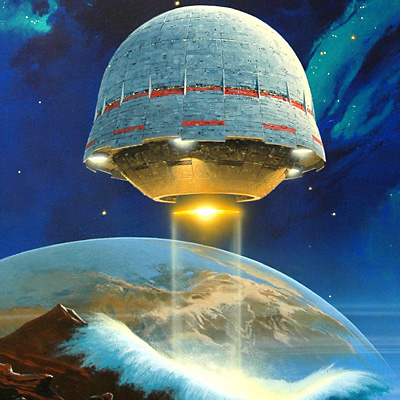 Detail of artwork by Philippe Bouchet AKA "Manchu" for Robert Heinlein's Time For the Stars, Torchship "Lewis & Clark"

Likewise Scott Manley's video Brachistochrone Trajectories For Spaceships Explained talks about torchships but without anything more than $x = \frac{1}{2} a t^2$ in the math or science departments.

So while "Brachistochroneness" might be invoked on Kerbin, I don't see how it can be applied to propulsive spaceflight. 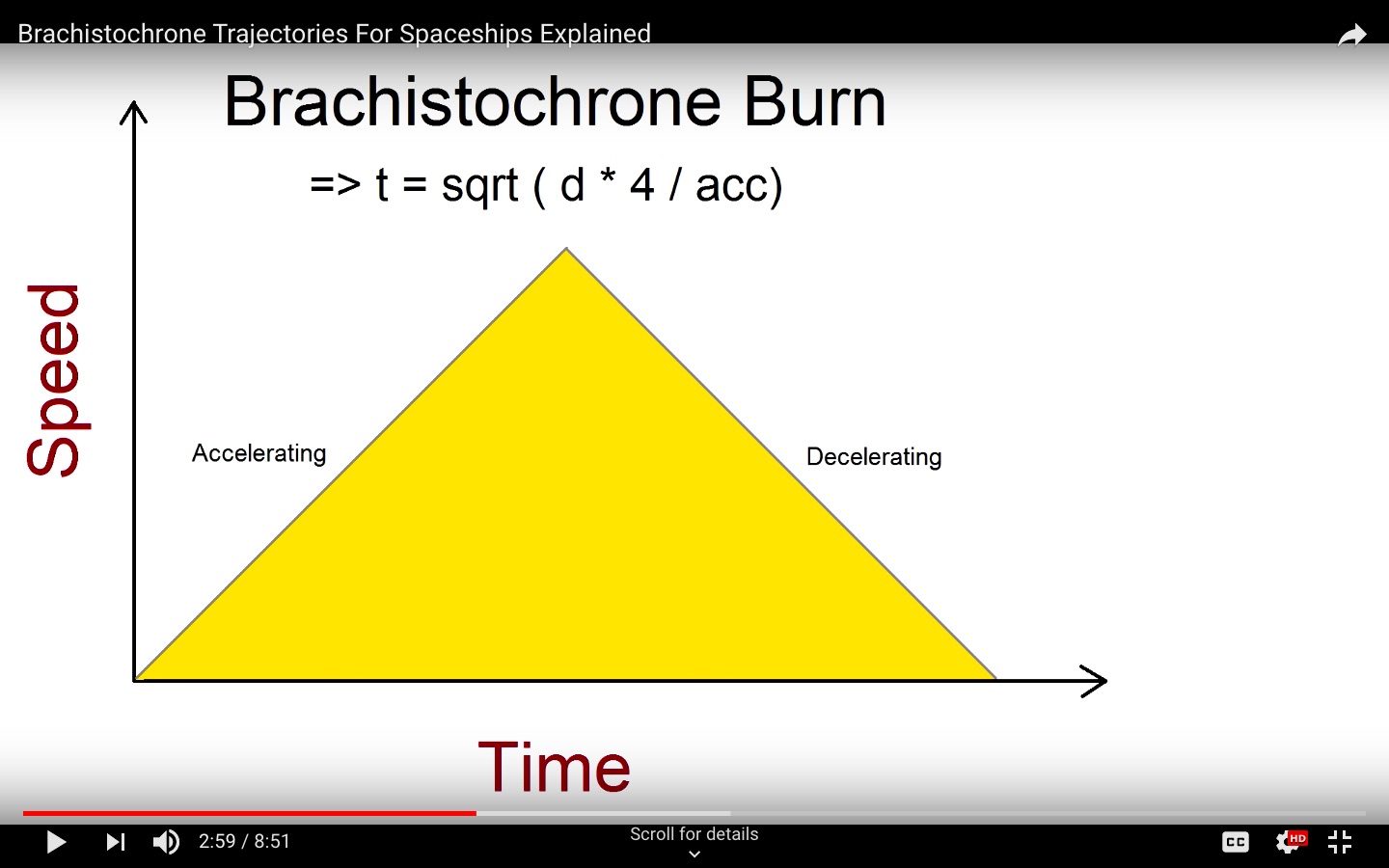 First: As (somewhat confusingly, IMO) stated in the other answer, the use of "brachistochrone" is somewhat of a misnomer, potentially. I will use the term "constant-acceleration minimum-time transfer".

Simply to travel along that blue line, which makes a sharp angle with the orbit of both Earth and Mars, and which travels backwards relative to the orbits of the planets (on the trip from Earth to Mars) requires an immense amount of propellant compared to a more normal trajectory like the one on the original drawing. Having an ion drive doesn't change that fact (though it does make the amount of delta-V somewhat more achievable. Keep in mind that ion drives are so low in thrust that they may take months just to escape from the orbit of Earth -- in which time Earth and Mars will both have moved a significant distance in their orbits.) A constant-acceleration minimum-time transfer along that line is even worse -- taking thousands of times more delta-V than even just a basic trajectory along that line.

If time is of the essence, and you have access to technology that is currently only science fiction (imagine an engine that is as powerful as exploding several thermonuclear warheads a second... inside the ship's rocket nozzle) then this is practical. Otherwise, the need to save propellant, fuel, or money building the engine will make more limited options more efficient.

Not the answer you're looking for? Browse other questions tagged orbital-mechanics mars crewed-spaceflight orion-spacecraft hohmann-transfer or ask your own question.

6
Is a spherical rocket design a plausible replacement for current designs today?
8
Phasing maneuvers; methods to travel between satellites with very similar circular orbits
8
Are ion thruster trajectories classified as brachistochrones?
2
How do we get to Mars in a week (7 days)?
2
Thrust value for a metallic hydrogen rocket-propelled spacecraft traveling on brachistochrone trajectories?
2
What is the acceleration necessary for a Brachistochrone transfer from Earth to Mars?

29
Why not travel to Mars in 2 months?
9
Would it be cheaper to go to Mars if the empty transit vehicle is slowly accelerated before the passengers board?
3
What payload mass can different launchers send in Hohmann trajectories to different destinations?
8
Are ion thruster trajectories classified as brachistochrones?
8
Mars transfer window frequency
2
Ideal shape for a long, skinny reaction mass for LEO to cis-lunar and beyond? (a "space rail gun")
4
Ratio of low-thrust slow spiral to Hohmann transfer $\Delta V$?
8
Fastest orbit transfer constrained by maximum g-force magnitude
1
Looking for figures for contemporary interstellar engine options
5
Why did Mars Pathfinder have such a high atmospheric entry velocity?