The 2016 Mars vehicle design had a payload to LEO of 500 tons in expendable mode.

Then we would know how much weight penalty the downsizing cost.

We can make a base assumption first about how much $\Delta V$ we need to get to LEO and if you wanna update that the rest of the calculations are super easy to redo. Let's say we need $10km/s$ for now.

A stage has a $\Delta V$ given by Tsiolkovsky's Rocket Equation:

In 2016, Elon Musk's presentation in Guadalajara mentioned that the booster uses 7% of its propellant to perform the boostback and landing maneouvres, and this gives us almost all of the information we need. The one quantity which we are unsure of is the value of $I_{sp}$ to use for the first stage, since it is constantly changing as the ambient atmospheric pressure changes around it during ascent. A quick and dirty (but surprisingly accurate) approximation is to take the mid-point of the sea-level and vacuum values, and round up a bit. In this case we get 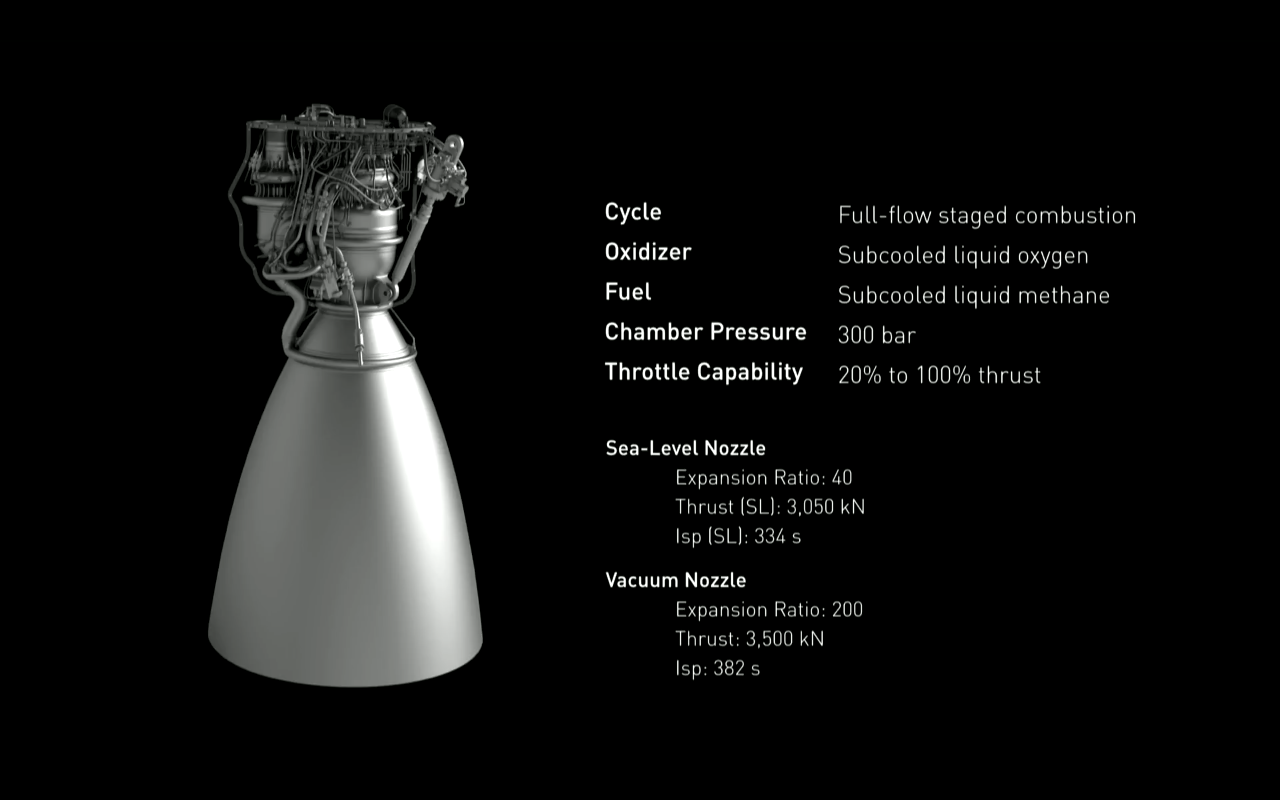 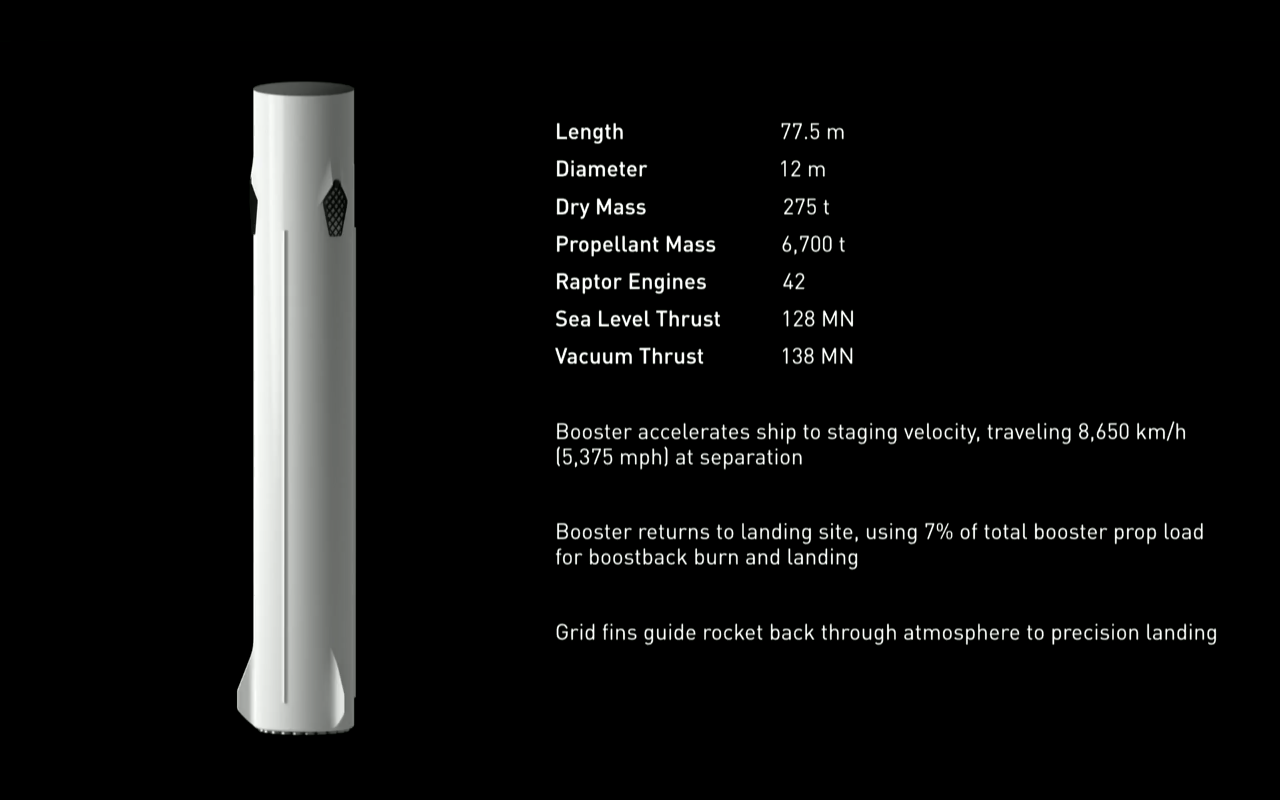 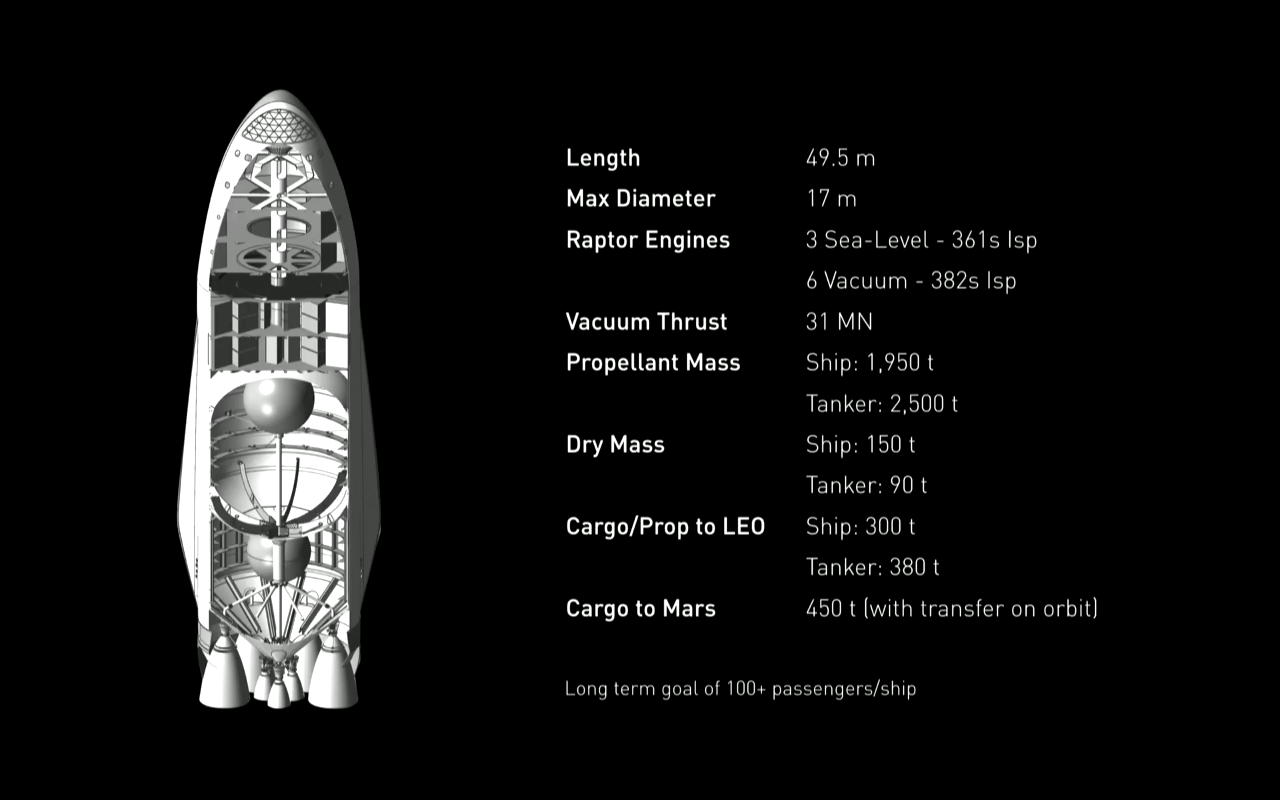 This year, Musk didn't go into detail about the downsized booster so we don't know its dry mass or propellant mass, which is a problem. But to get some idea, we could assume that the booster has the same propellant mass fraction. (It's a bit hand-wavy, but you can make different assumptions and follow the same methodology.) Then we can derive the dry mass and propellant mass, modify our expression to use 100% of propellant, and then solve for our new payload mass.

Firstly, the 2016 booster had a propellant mass fraction of

Then our 2017 booster gives us

Now for an expendable version, we get

Solving this using Wolfram Alpha gives us an expendable payload mass of 183t. 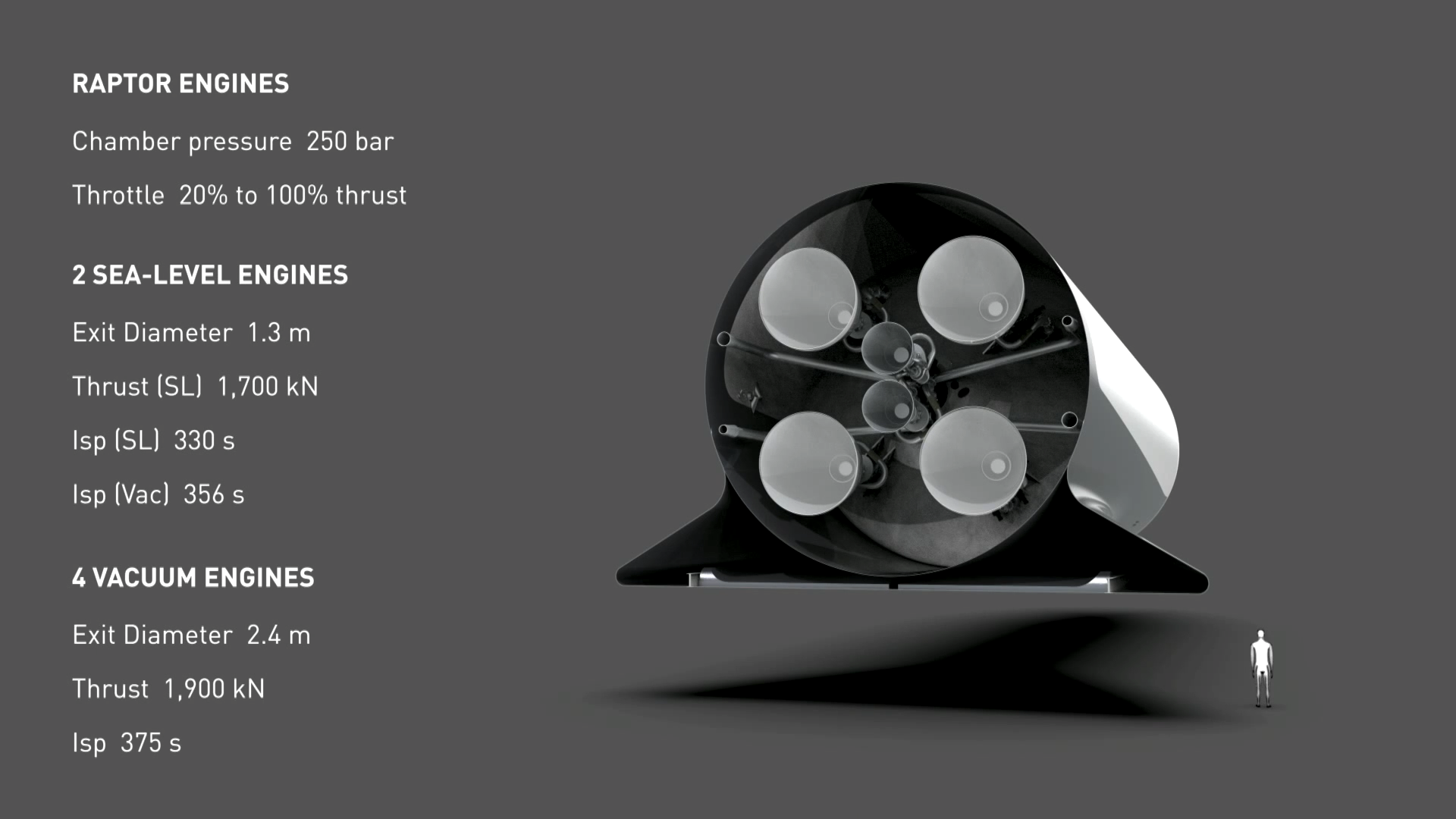 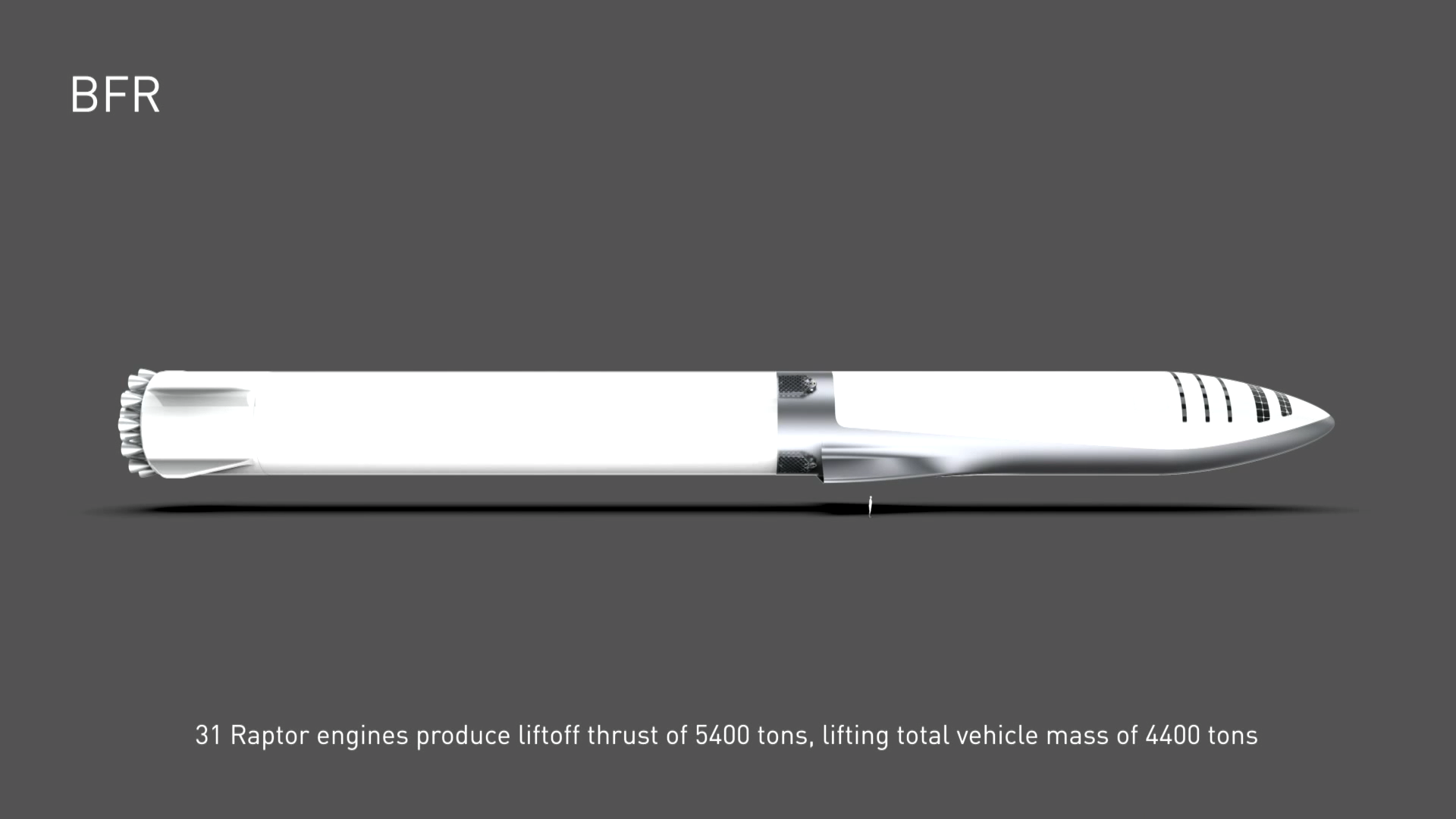 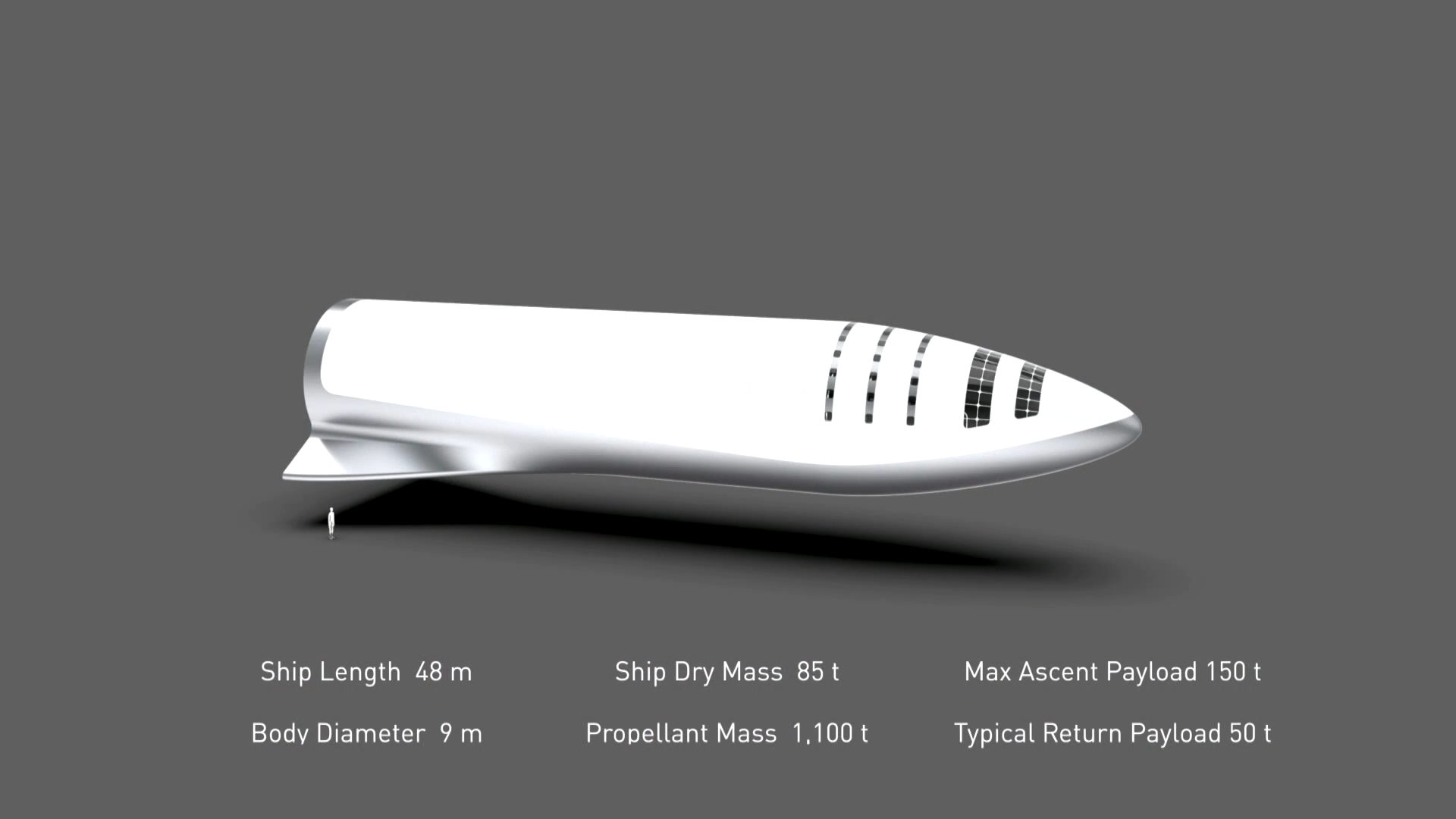 Not the answer you're looking for? Browse other questions tagged spacex its or ask your own question.

10
Is BFR refilling in space purely milli-g "gravity" feed rather than using pumps and/or pressure?
9
Can five refillings of the BFR second stage be useful to get to the Moon? To Mars? All five in Earth orbit?

10
Numbers for Falcon 9 booster MECO scenarios?
11
How does static test firing before launch affect design of rocket mass and structure?
4
Size of rocket correlation with its performance
5
What is the final conclusion about 'object M'? What happened?
10
Is BFR refilling in space purely milli-g "gravity" feed rather than using pumps and/or pressure?
9
Can five refillings of the BFR second stage be useful to get to the Moon? To Mars? All five in Earth orbit?
8
Capacity of the BFR tanker -- how many flights to fully refuel the spaceship?
29
Isn't Starship way too big?
4
Does Starship reuse actually serve a purpose for Mars, or only LEO/Earth-to-Earth?