I've recently seen movie Gravity. The protagonist detaches from the shuttle and is hurled into space. The mission commander then asks her for GPS coordinates.

This happenned while they were fixing Hubble Space Telescope. But later they board ISS. I'm not really sure about height of those two objects.

As seen from a GPS satellite, the Earth falls into a cone with a half-angle of 13.5 degrees wide, and the cone that includes the ISS' orbit has only a slightly larger half-angle of 14.3 degrees; at it's maximum deviation the ISS is only 0.8 degrees beyond the edge of the Earth.

There's more information on this in the quest Will Glonass, Galileo, or BeiDou-2 satellites provide better cis-lunar navigation than GPS? and in its answer, I've included one slide from the linked presentation Enabling a Fully Interoperable GNSS Space Service Volume below, as an image from this answer

The ISS, many satellites, and rockets launching from Earth all use GPS receivers that are optimized to work in spaceflight, which means they can still work with order 10 km/sec velocities relative to the Earth. Most GPS receivers we use have special firmware that actively blocks them from working above a certain altitude or speed; you can read more about that in this answer.

Yes, and the coordinates will have the same if not better accuracy than devices on Earth because there is no distortion due to variable water vapor in the Earths' atmosphere. 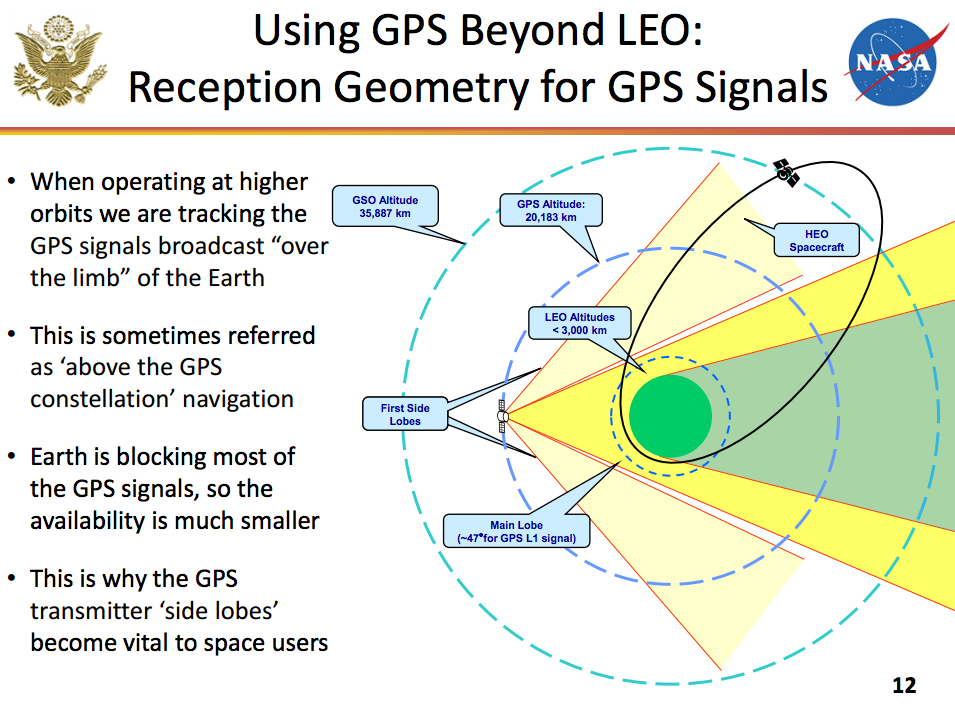 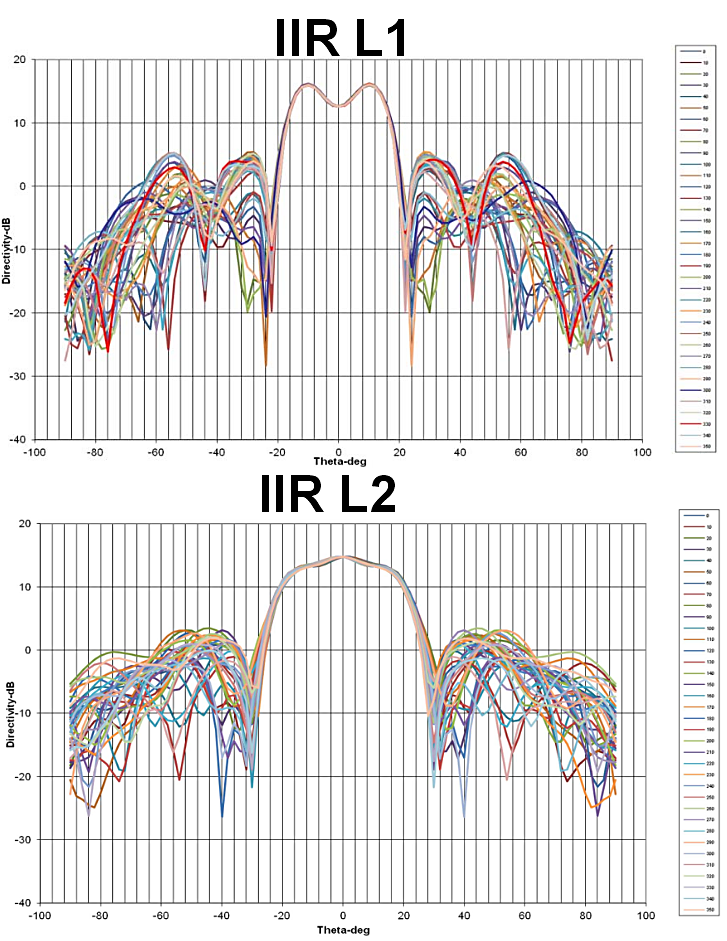 Yes. In fact the ISS uses GPS as the primary source of information in its attitude control system.

The US segment of ISS has been using GPS as its primary source of information for position, velocity, attitude, and time since April 2002

Here is a picture of one of the ISS GPS antennas. 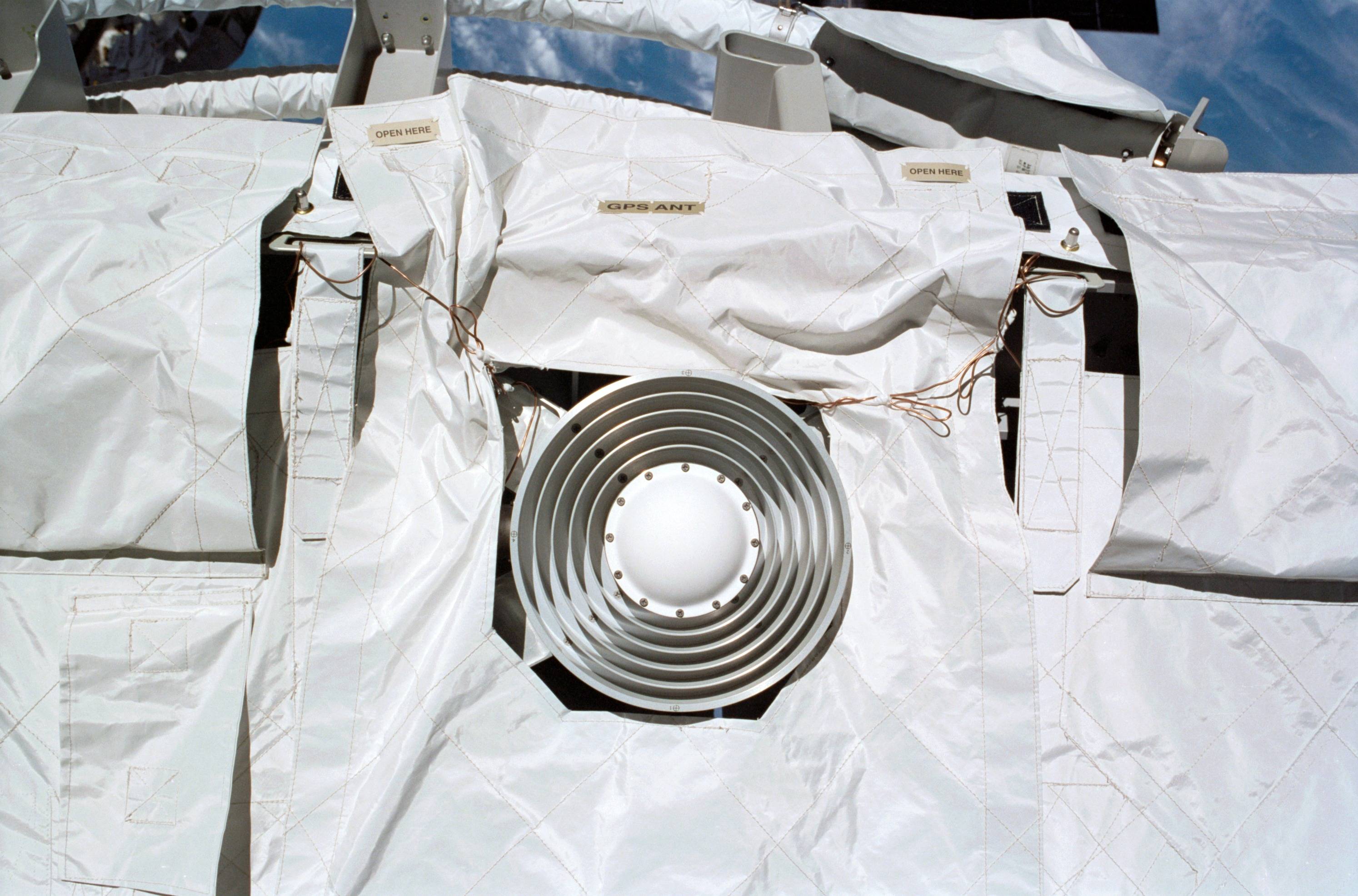 The four antennas are located on the "upper" surface of the S0 truss, as shown in this DOUG rendering. 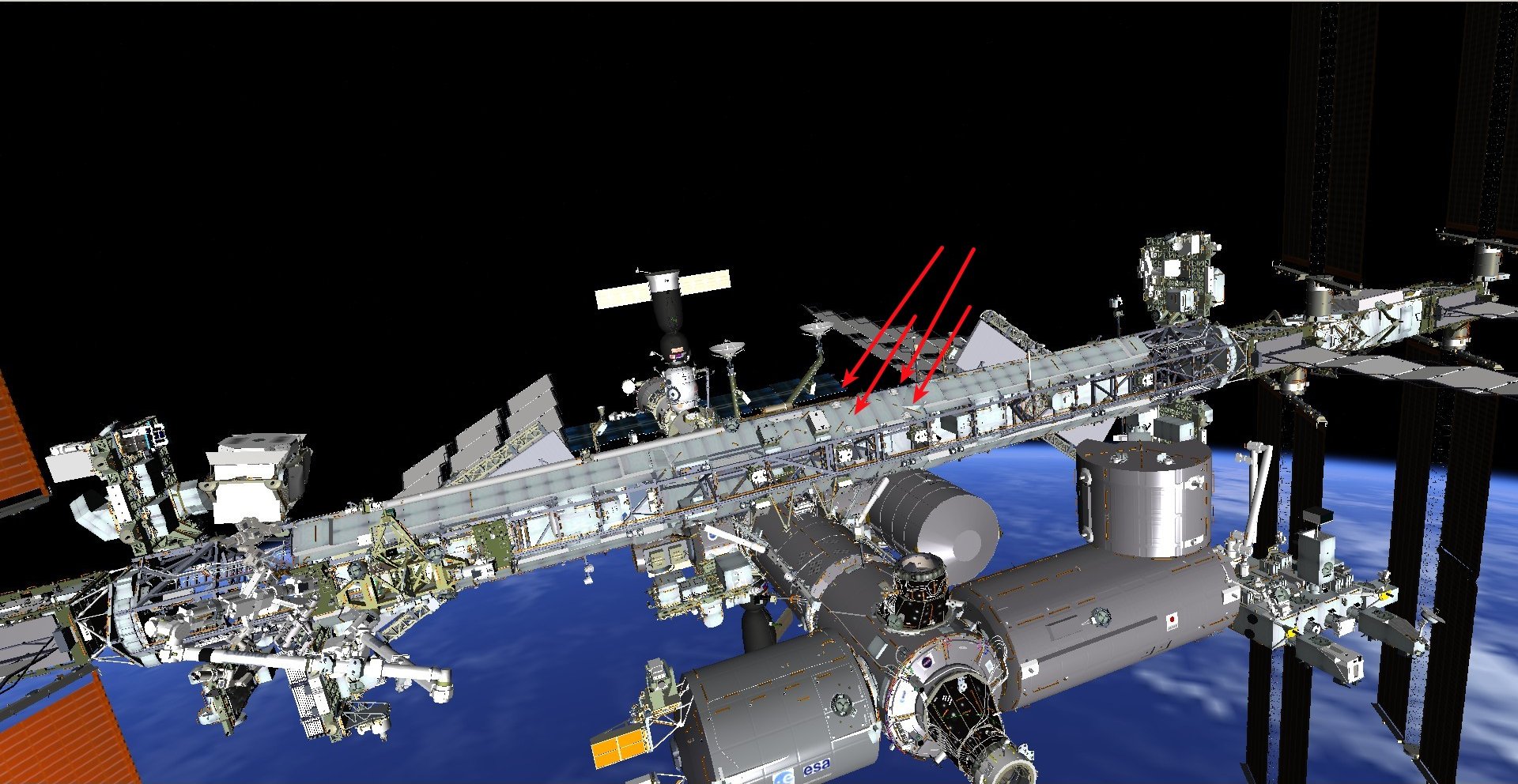 Two can be seen in this NASA photo. 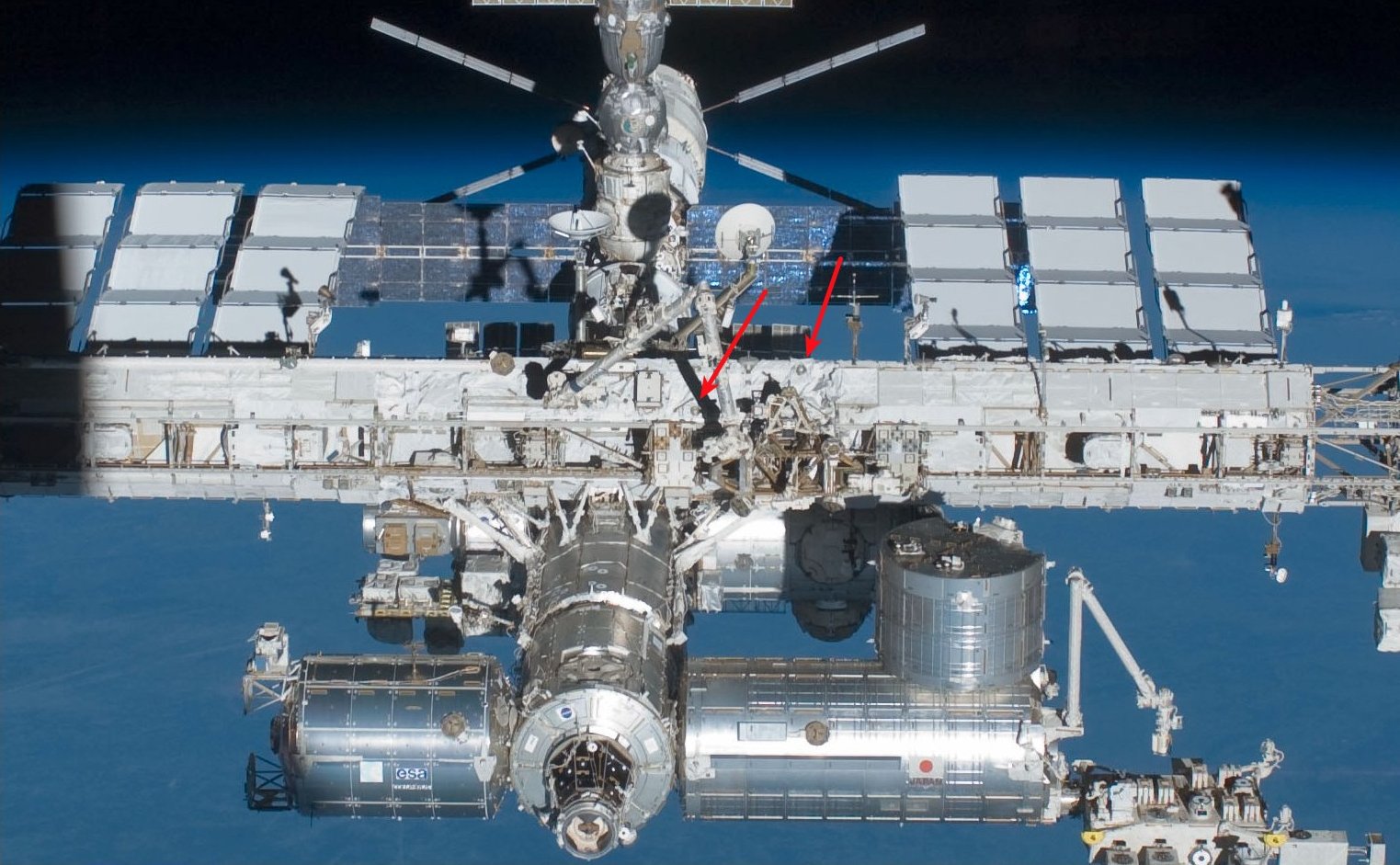 As an addendum to the other answers, although GPS will work on the ISS, conventional, consumer receivers will not. GPS modules sold to civilians in phones, cars, or other devices have restrictions embedded within them, nominally to prevent people from making their own missiles or ICBM's.

The two typical restrictions are

Different manufacturers apply these rules differently, some with an OR and others with AND.

The answer here describes the attitude determination goals of the future russian crew module federatsiya. The idea is to use two different GPS receivers at the end of the spacecraft, when the spacecraft is rotating(almost tumbling) and looses its absolute attitude reference, this method will be able to give attitude within certain time using signal delays of the GPS. Ideally, one would require 3 GPS antennas for solution for 3 axis. But this assumes the spacecraft is tumbling, therefore if given sufficient time one can probably converge to proper attitude using some algorithm. Also, as mentioned in the paper provided in the above link, the soyuz MS does use gyro in loop for the attitude determination using GPS. However, the federatsiya's one of the failure modes assumes gyro has failed and can get attitude without gyro too. Obviously this must have time penalty

ISS uses same technique, I think as Technology Demonstrator as mentioned in this link

Not the answer you're looking for? Browse other questions tagged iss gps or ask your own question.

11
Are pictures taken from ISS geolocalized?
20
How far up have satellites used a GNSS for positioning, and how does the precision degrade with altitude?
13
What is the large circular device with a dozen concentric circles on Sentinel 3B?
8
Radiation pattern and signal strength of navigation satellite antennas
13
Will Glonass, Galileo, or BeiDou-2 satellites provide better cis-lunar navigation than GPS?
6
Does the Soyuz spacecraft really try to achieve attitude accuracy of 0.5° from GLONASS and GPS signals?
2
How to get velocity vector from GPS NMEA data?
3
Current status of the use of GPS multi-antenna time differentials for satellite attitude determination?

37
How does GPS receiver synchronize time with GPS satellites?
11
How does GPS work exactly?
5
How does GPS module gets time even before a fix?
14
How does electrical safety system work on ISS?
2
Does GPS spoofing ever come from space? How are spoofings usually detected?
2
Precise timing using GPS
3
Do standard procedures for securing the ISS before an orbital boost burn include making sure that at least large objects are securely "strapped down"?