What happens to JWST after it runs out of propellant?

What will happen once it runs out of propellant? Will it drift in a random direction? Is some direction more probable than others?

PS: why is JWST not parked at L4/L5 instead? They are stable equilibriums and JWST would not require much propellant to stay there indefinitely. Yes, it would require extra shielding from Earth but to a layperson that seems negligible compared to the sun shield it already carries.

This Northrop Grumman video (starting at 09:31) illustrates JWST's orbit in a non-rotating (normal) frame. It's really in an orbit around the Sun about 1% farther than Earth's, but the weak tug of Earth pulls it along a bit faster so that it remains in 1:1 resonance with the Earth. The orbit is called a "Halo orbit" because in a rotating frame it looks like it's a ring around the L2 point.

Regular, but very small station keeping propulsive maneuvers keep it in this otherwise unstable configurations. The more frequent the adjustments, the lower overall fuel consumption per year. According to this and James Webb Space Telescope Initial Mid-Course Correction Monte Carlo Implementation using Task Parallelism and Station Keeping Monte Carlo Simulation for the James Webb Space Telescope there will be a small propulsive station-keeping event every 21 days. Wikipedia says this will consume 2-4 m/s of delta-v per year from a budget of 150 m/s, so the lifetime could conceivably be much longer than 5-10 years, although I believe about half of that (~67 m/s) will be used in mid-course corrections on it's way out to the Halo orbit.

If/when station-keeping maneuvers were to stop, JWST will wander away from this resonance and go into a more (or less) chaotic orbit around the sun. It will not be unpredictable though. The understanding of the orbital mechanics is well developed, and if there is no refueling, the final orbit will be chosen and the final propulsive maneuvers will be carefully executed to put the JWST in it's chosen final path into Heliocentricity.

However, there is talk about making the JWST approachable for service missions, and this might make refueling possible. See for example Besides HST, JWST and stations, are there any examples of satellites designed for service in space?, refueling technology for spacecraft is also discussed in Is Landsat-7's propellant resupply port “robot-ready”? (Restore-L mission).

Considering that the Hubble Space Telescope is still highly productive after 27 years, it's hard to imagine that there is no contingency for extending the JWST's lifetime beyond ten years, even though it many not be a formal part of it's current mission. Throwing away a billions-of-dollar science instrument simply for want of some propellant (or other consumables) is hard to imagine. 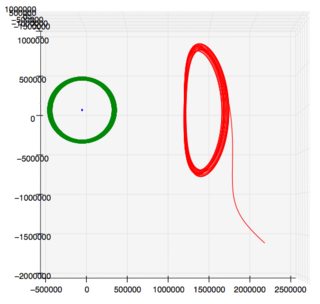 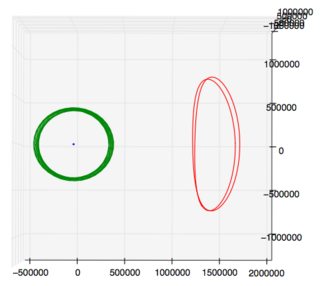 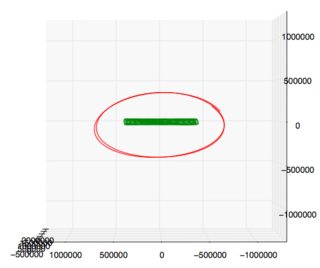 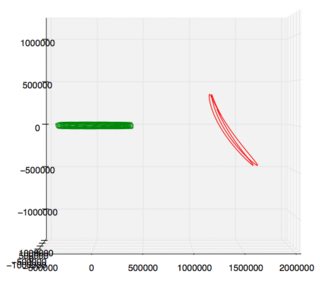 16
Could JWST stay at L2 "forever"?
18
James Webb telescope; limits to propellant lifetime?
16
What are the sources of light at L2? How will the James Webb telescope be powered?
15
Can the James Webb Space Telescope basically manage its own orbit if necessary?
7
What is the required burn to keep a satellite at a Lagrangian point?
10
Can/Will the James Webb Telescope maintain its position passively?
6
How frequent are (or will be) JWST station keeping burns at L2?
7
Have light gases like hydrogen or helium been explored for ion propulsion?
9
The design of the halo orbit of the James Webb Space Telescope
17
Halo vs Lissajous orbit: Which station-keeping strategy to select and when?
See more linked questions

19
How deep is the force well of L4 and L5 Lagrangian Points of Earth-Sun set?
20
The JWST - What happens if/when it breaks?
5
What happens to orbit after a radial burn?
4
Station-keeping delta-v per year for an Earth-Moon vanilla halo orbit?
8
To what extent could JWST continue to be useful after the propellant runs out?
6
What will happen to JWST after its 10 year mission?