This BBC photo does not show a replica of Vanguard-1, what might it be?

The BBC news article The World's Oldest Scientific Satellite is Still in Orbit talks about the Vanguard program and that Vanguard-1 is still in orbit around the Earth, and near the end shows a photo of Vanguard-3, which survived a launchpad explosion, was recovered, and is now (possibly) at the Smithsonian Air and Space Museum: 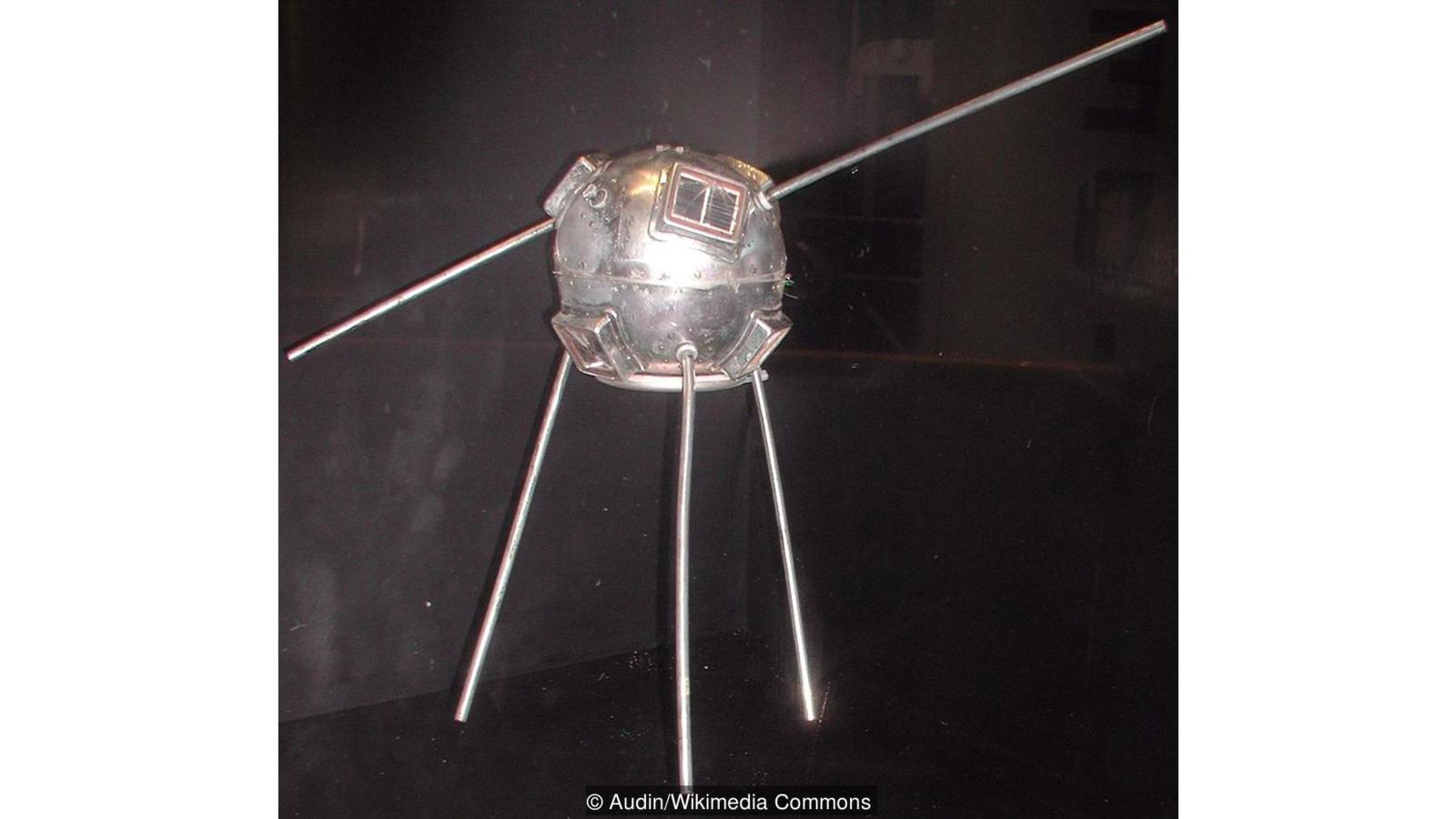 According to this NSSDC GSFC NASA Page Vanguard-1 looks like this engineering model: 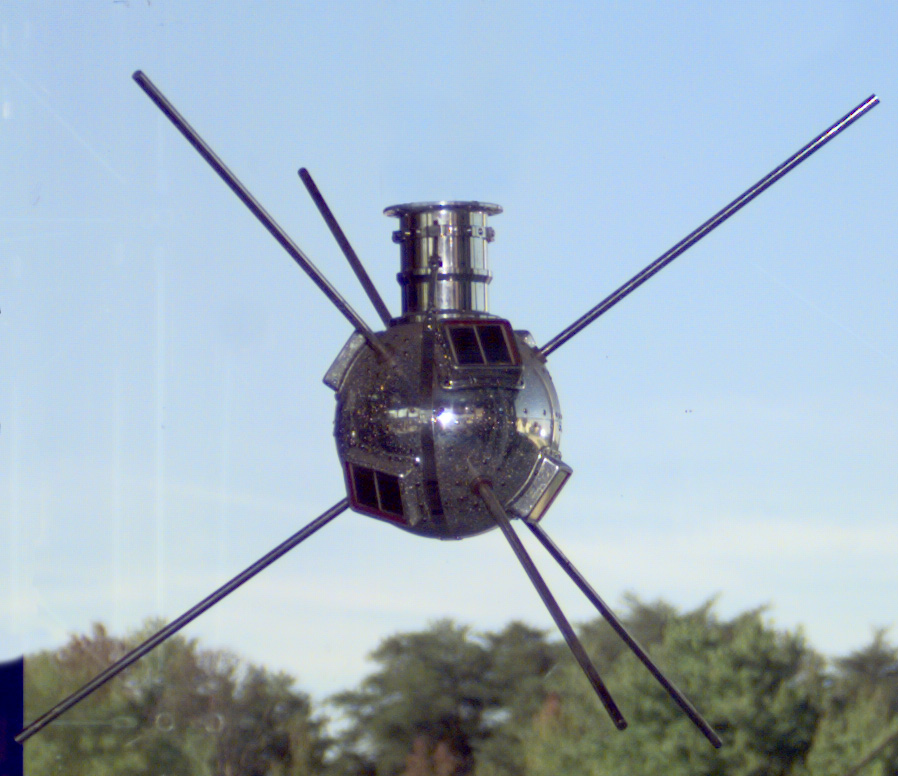 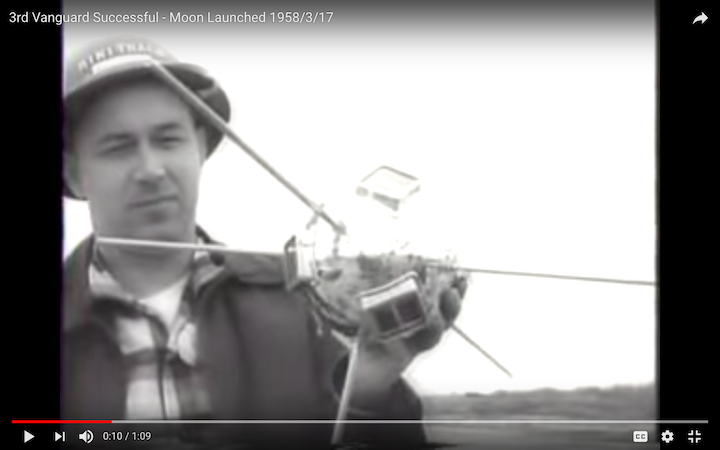 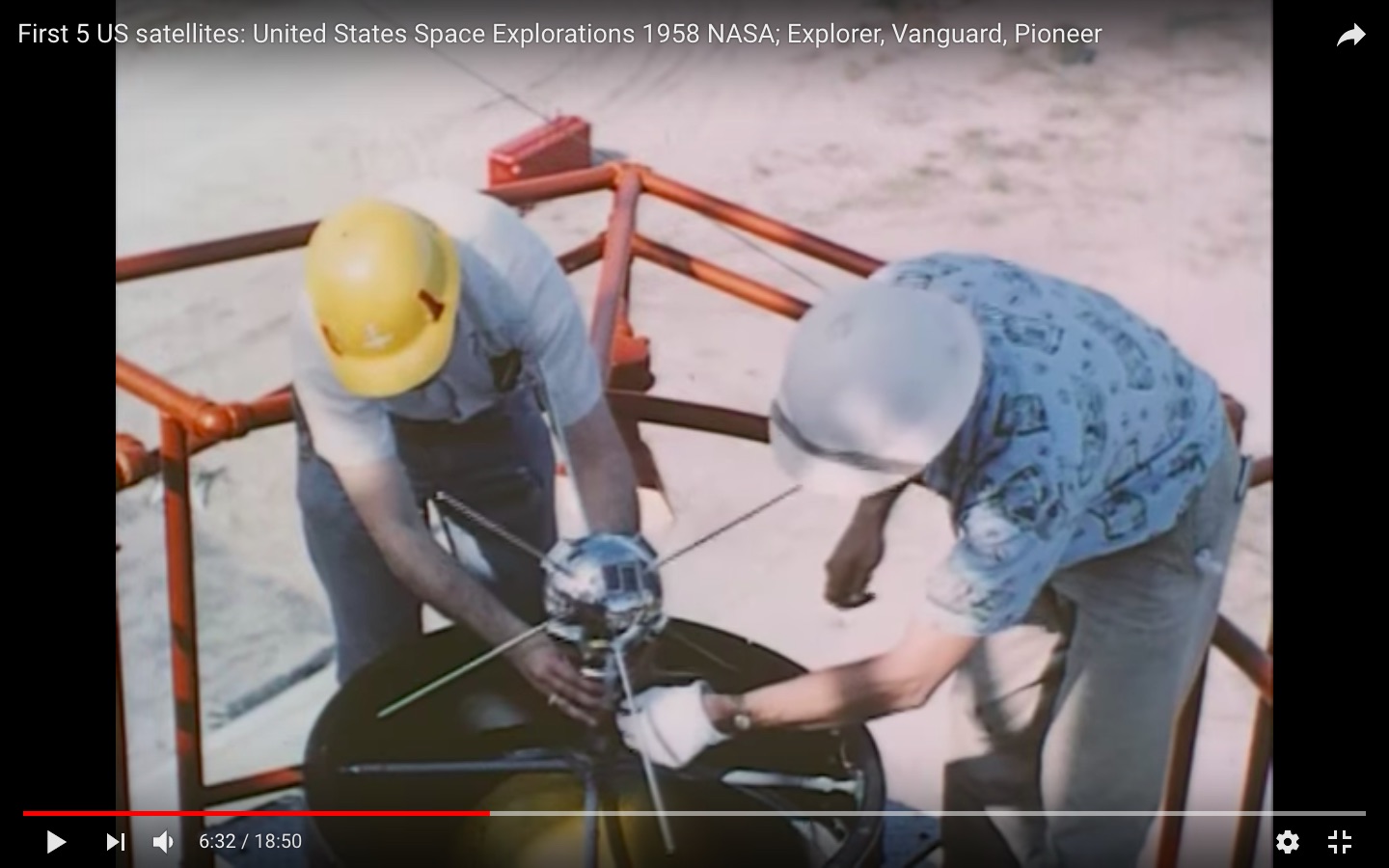 In both cases, and in the two screen shots above from this old video and this old video it seems to have six antennas pointing in orthogonal directions like the normals to faces of a cube standing on its corner. However, the header for the BBC article shows this instead. What satellite with four antennas protruding from its equator is this, or of what satellite is it a model? Does it represent a later Vanguard design?

The photo is a NASA photo, and is displayed on their web site here.

The satellite itself is Vanguard 2. It can be seen mounted on its booster in this photo. 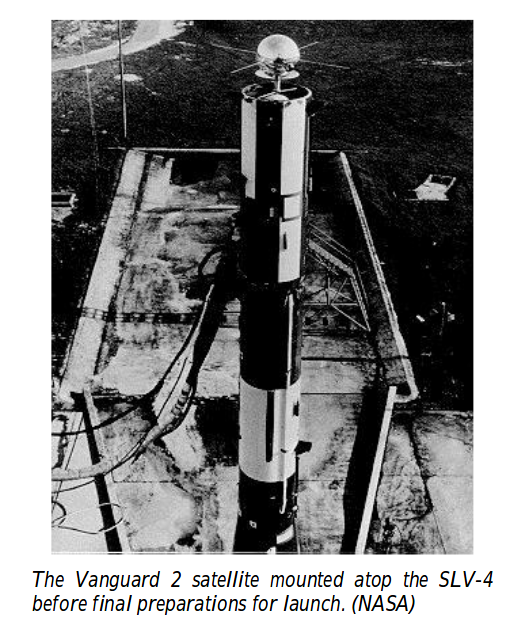 It was successfully launched into Earth orbit on February 17, 1959, and was NASA's (not the US's) first successful satellite launch. However, the mission was a partial failure because separation issues caused the satellite to wobble after it was released from the third stage of the booster, which prevented its primary imaging payload from returning usable data.

Vanguard 2 was not solar powered but subsisted solely on battery power. Its mission ended when the batteries ran down 26 days after launch.

A supplemental note on Vanguard satellites and their confusing names:

Only the three satellites that made it to orbit were officially named Vanguard 1, Vanguard 2, and Vanguard 3. The eight satellites that were lost due to launch failures had other designations, although contemporary sources may have called them Vanguard-x based on launch sequence. The satellite payload from the infamous first launch attempt, which basically exploded on the launch pad, was recovered from the debris and now exists in the Smithsonian. It is most correctly referred to as Vanguard TV-3, where TV-3 stands for Test Vehicle 3 and was the name of the booster. It looked basically identical to Vanguard-1. 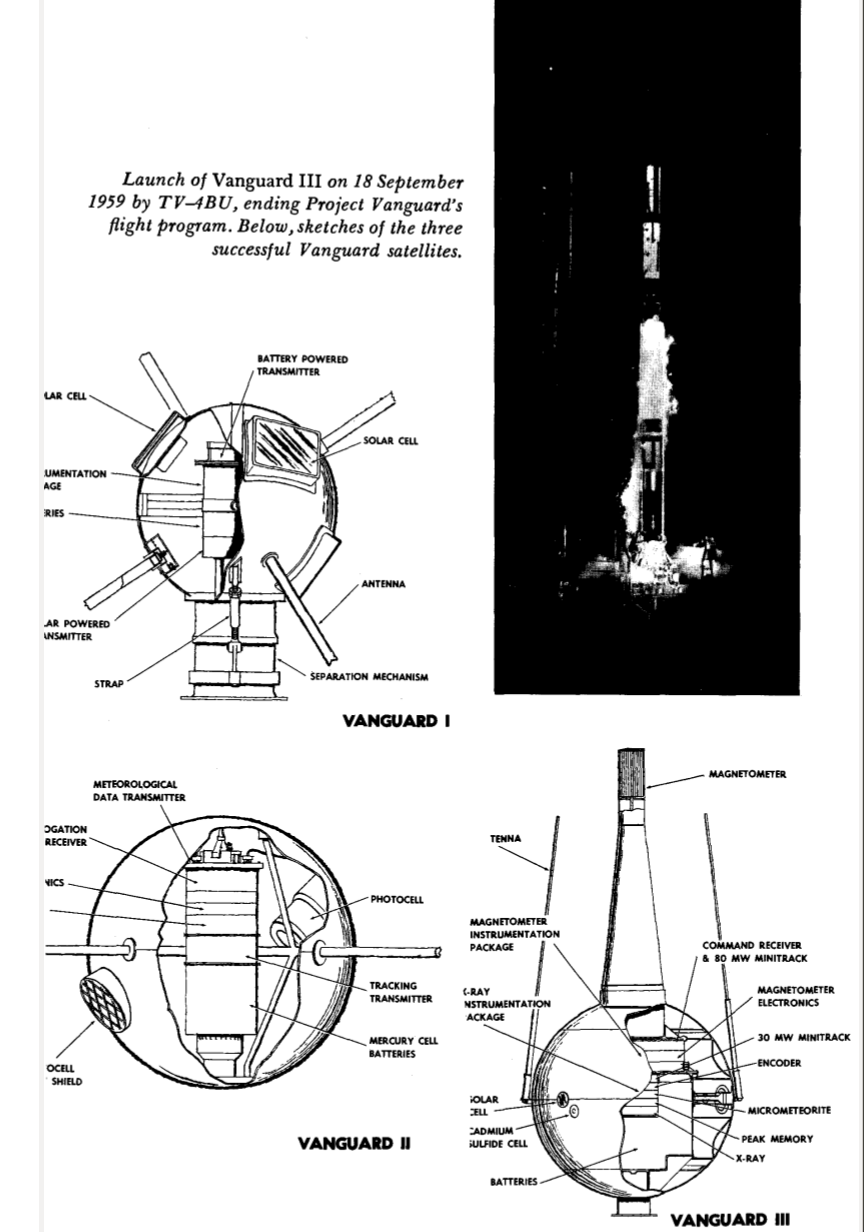 From Vanguard: A History, NASA SP-4202 (picture is truncated in official NASA pdf)

Not the answer you're looking for? Browse other questions tagged artificial-satellite nasa history museum-exhibits or ask your own question.

5
Why were Europe's first few satellites so stylish? Why the pronounced alternating white and black stripes?
7
Why is this rocket transparent, and why is there a nozzle in the nose, pointing up?
2
Why were the antennas on the spherical surface of some early satellites spiral-shaped?
5
What was so "Mini" about Minitrack?

5
Puzzler: Is this a Sputnik?
1
What do these GPS-related emblems represent? Does one of them show "Marvin the Martian"?
2
Why were the antennas on the spherical surface of some early satellites spiral-shaped?
6
What does this drawing by Konstantin Tsiolkovsky illustrate, or represent?
2
What is the name of this space museum in Russian and does it have a website and/or virtual tour site?
2
How exactly does this Apollo astronaut's tool work? What was it called?
4
How were the 100+ antennas around Telstar 1 and 2 configured?
5
Why does this photo of the Hubble Space Telescope look so weird?
3
What does "MSR" represent in the context of this predicted satellite conjunction?