How do we come up with the gravity assist (or slingshot) formula?

When you search up in google gravity assist formula, it comes up with the simplest version: 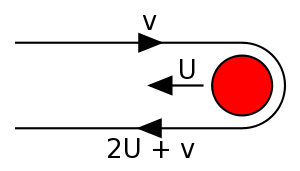 Which means that: Final velocity = Initial velocity + 2 (velocity of the planet)

Then if we do some more research we get a formula that takes into account the angle of approach.

But how do we come up to this formulas? What is the reasoning behind it?

And is there any formula that takes into account the mass of both bodies and the distance between those (altitude)?

After trying for different values of v and U, this is what we usually get (a V shape). This graph shows the final velocities for different angles of approach. 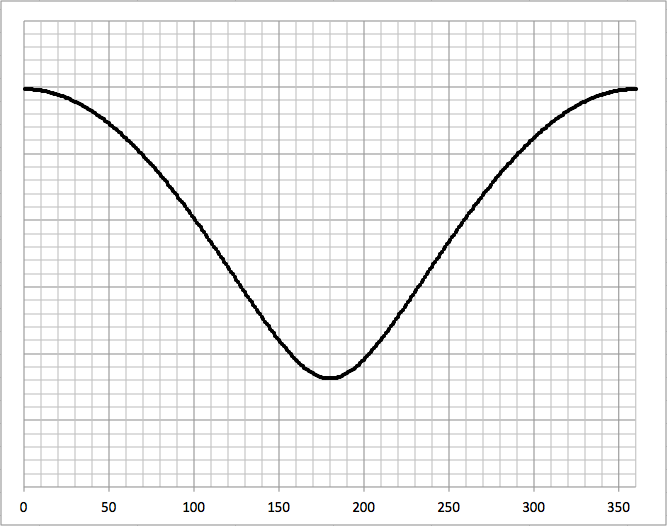 Usually the body shown as a red disk in the diagram is much, much, much more massive than the thing following the black curved trajectory. In that case, the mass of the smaller object has no bearing on the trajectory.

From the planet's point of view the encounter is unspectacular: A small probe will approach, perform a U-turn and then leave with the same speed,1 which we call $v_{rel}$ (vor relative velocity, relative to the planet).

Now transform the probe's relative speeds to the ones a "resting" observer sees, simply by compensating for the planet's movement by subtracting its velocity vector. This means

Voilà, the result: The approaching probe's speed from an observer's point of view is $v_{rel}-U$ and the departing speed is $v_{rel}+U$, a difference of 2U.

This explanation is not a sleight of hand but perfectly valid physics. For a more intuitive approach, let's replace the gravity U-turn with an elastic collision, say with springs between the probe and the planet. (The physics are essentially the same because ideally no friction is involved.) The impact of the planet's motion then is two-fold: Not only do the springs get loaded more; the motion also adds more *oomph* to the back-bounce because it is pushing "in addition" to the springs.

This mechanism is what makes stacked balls bounce high, and as the linked page shows, can be understood with the same change of inertial systems.

1 We look at speeds "far away", ignoring the acceleration when entering and leaving the planet's gravity well which is a zero sum game.

2 The planet is on an elliptic orbit, so strictly spoken not the origin of an inertial system; but the error during the brief encounter is small. After all we usually consider physics classrooms inertial systems, even though they most certainly aren't ...

Not the answer you're looking for? Browse other questions tagged history gravity-assist escape-velocity or ask your own question.

10
To what extent could a single Triton flyby slow down a direct Hohmann transfer to Neptune for NOI?
1
Where can I find simple-ish math(s) about Moon launches from Earth and fuel consumption etc.?

15
Gravity Assist braking
2
Repeated slingshot encounters with the same planet
6
What are the disadvantages of gravity flyby assist?
5
Gravity assist braking from Titania
3
Gravity assist from Mercury
5
Speed at aphelion is decreasing for Parker Solar Probe with each new orbit despite being closer to the Sun
2
Is it more efficient to burn all needed fuel in an Oberth manoeuvre at once or burn a fraction of the fuel for each orbit?
1
Gravity assist from Jupiter if leaving Callisto?