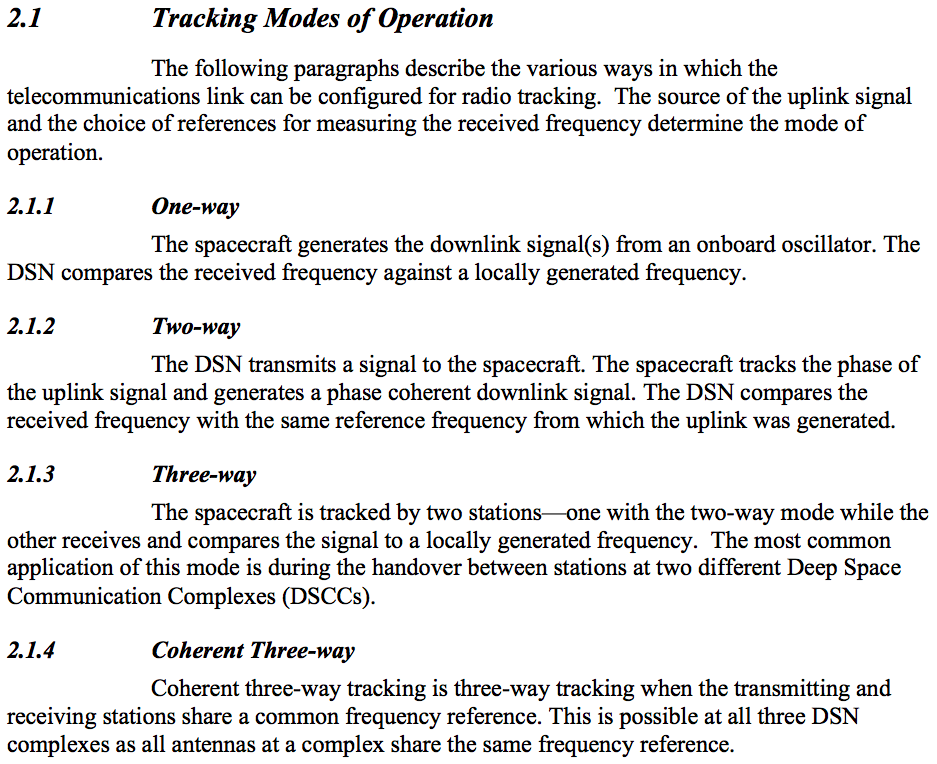 12
Why was the 100m Green Bank dish needed together with DSN's 70m Goldstone dish to detect Chandrayaan-1 in lunar orbit?
2
How, and How Well will Juno measure the effects of frame dragging? (GR effect due to Jupiter's mass & rotation)
2
Have any deep-space spacecraft supported same-band turnaround of Earth-based doppler measurements?
3
Exact speed/distance of JWST (& others in L1/L2 halo) from Earth; is it measured any differently than for more distant deep-space missions?

12
Why was the 100m Green Bank dish needed together with DSN's 70m Goldstone dish to detect Chandrayaan-1 in lunar orbit?
3
How have/how will Indian ground stations be used for comms or tracking of deep space spacecraft?
2
Have any deep-space spacecraft supported same-band turnaround of Earth-based doppler measurements?
4
How many solar system bodies have had coherent radio transponders?
1
What are the differences (if any) between the techniques of range-rate and delay-doppler measurements?