J002E3 is believed to be the S-IVB third stage of the Apollo 12 rocket. It is expected to return to temporary Earth orbit in the 2040's.

If some enterprising soul decided to build a rocket capable of capturing it and returning it to Earth (not going to happen, I know) for study/to put in a museum, what state would we expect it to be in?

I would expect that it's less likely to have taken physical blows than objects in a stable orbit closer to the Earth, but equally likely, it would probably have been subject to more radiation etc. Is this correct, and how would it have affected it?

We don't know exactly what kind of shape it will be in. There are a few similar objects that have been returned, however, that we can get at least an idea of what it might look like. Let's look at the comparisons:

A few other things. The dust environment in interplanetary space is quite a bit less than that around Earth. I would expect there to be some small impacts, but nothing compared to the LDEF mission, for instance. The dust levels seen in space have been measured, look at the SDC from New Horizons. 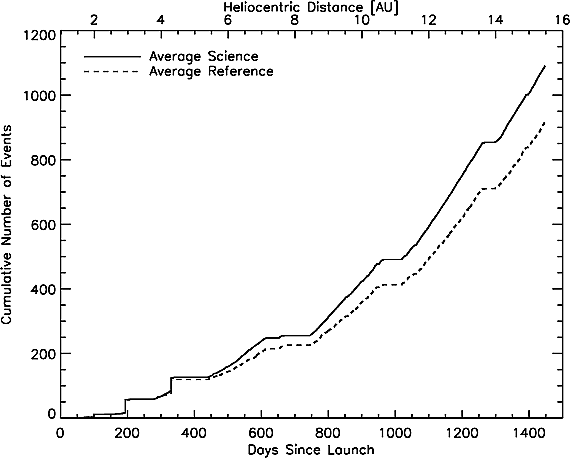 The dust levels are quite low, so we can assume that there will have been some, but not a significant number of small impacts.

The radiation is of some note. There is a good article about the effects of paint in space. Specifically, it states:

Bottom line, the black paint will become lighter, and the white paint darker.

Lastly, there is some indication that the paint, might bubble, which would lead to some chipping in the paint over time. This is based on the bubbles seen on Apollo 17.

Not the answer you're looking for? Browse other questions tagged rockets apollo-program radiation debris long-duration or ask your own question.

32
This orbit looks wrong near a Lagrange point. Is it?
14
Was the Apollo spacecraft always gravitationally bound to the Earth-Moon system?
18
What is this on the craft from the Apollo 17 mission?
8
What is the current record for the farthest detection of a "dead" spacecraft?

0
Do astronauts become sterile from being in space, like on the ISS?
14
Was the Apollo spacecraft always gravitationally bound to the Earth-Moon system?
2
How much will Bennu rotate faster and faster with mirrors facing the Sun on its left side?
6
Going to the Lunar gateway during the upcoming solar maximum! What will the radiation environment be like?
6
What would the Voyager probes look like today?
25
What would the Venus landers look like today?
1
Project Pluto asks: "Should high-flying space junk be better tracked? Perhaps by an 'official' agency of some sort?" What would it take to implement?