How large could Hyperion be and stay porous?

Here is a question originating on the Worldbuilding stack.

Hyperion is porous, with a density of 0.55 g/cc; a little more than half that of water. 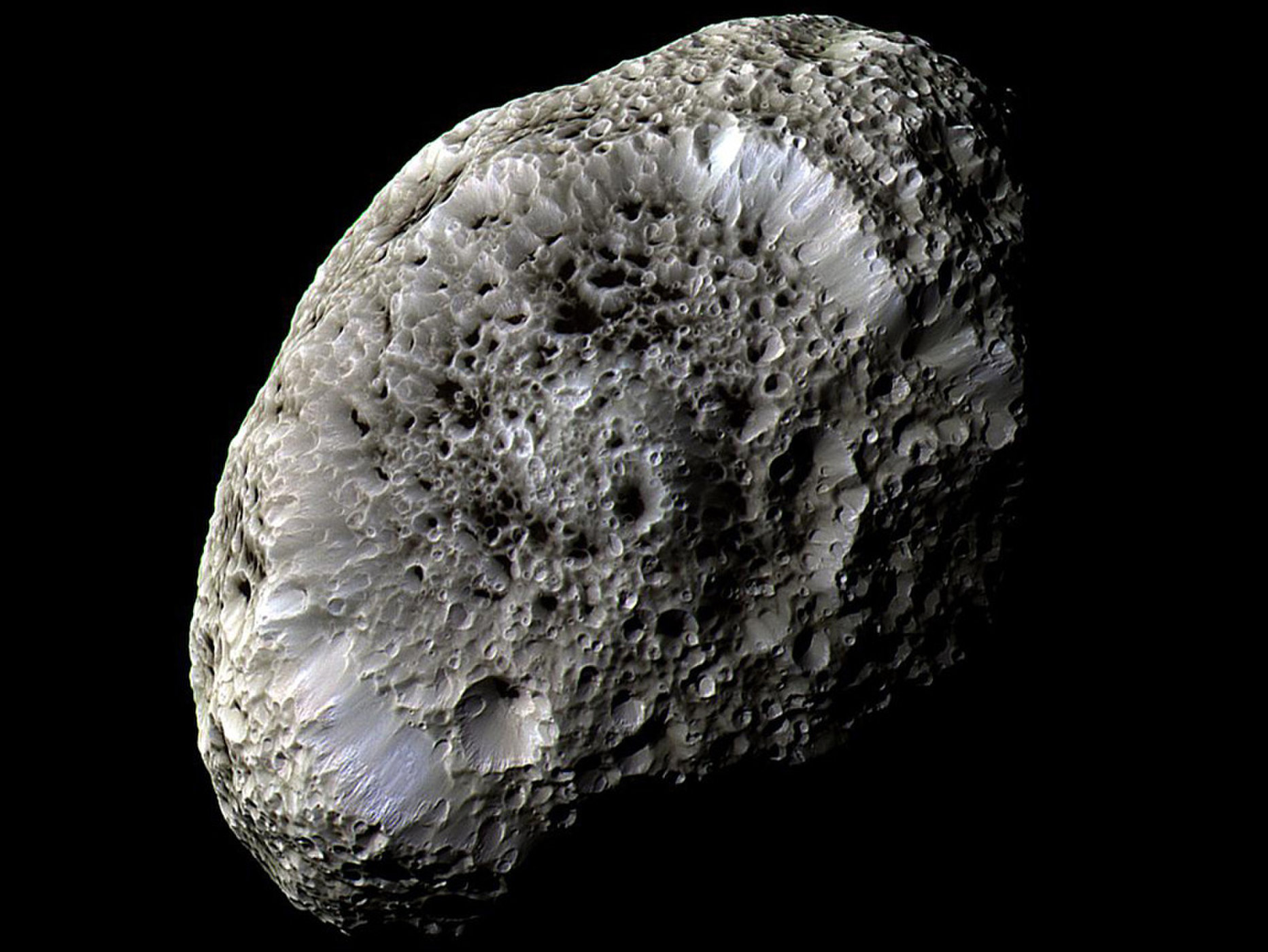 A body with Earth's gravity and the density of Hyperion would be huge. But the question for this stack: in celestial bodies, does porosity scale up? Is there a limit to how large a porous celestial body can be before the pores crunch down? Are there enough celestial bodies that are porous to even deduce a rule?

tl;dr- Apparently rocky planets can have porous crusts down to some significant depth, beneath which porosity ends due to lithostatic overburden pressure, while smaller objects like Phobos may have significant internal voids.

Hyperion is Saturn’s largest known irregularly shaped satellite and the only moon observed to undergo chaotic rotation. Previous work has identified Hyperion’s surface as distinct from other small icy objects but left the causes unsettled. Here we report high-resolution images that reveal a unique sponge-like appearance at scales of a few kilometres. Mapping shows a high surface density of relatively well-preserved craters two to ten kilometres across. We have also determined Hyperion’s size and mass, and calculated the mean density as 544 ± 50 kg m-3, which indicates a porosity of >40 per cent. The high porosity may enhance preservation of craters by minimizing the amount of ejecta produced or retained, and accordingly may be the crucial factor in crafting this unusual surface.

A moon of Mars, Phobos, was once thought hollow, though now its porosity estimated at $30\% \pm5\% ,$ which apparently suggested large internal voids:

[1] We report independent results from two subgroups of the Mars Express Radio Science (MaRS) team who independently analyzed Mars Express (MEX) radio tracking data for the purpose of determining consistently the gravitational attraction of the moon Phobos on the MEX spacecraft, and hence the mass of Phobos. New values for the gravitational parameter (GM = 0.7127 ± 0.0021 × 10−3 km3/s2) and density of Phobos (1876 ± 20 kg/m3) provide meaningful new constraints on the corresponding range of the body's porosity (30% ± 5%), provide a basis for improved interpretation of the internal structure. We conclude that the interior of Phobos likely contains large voids. When applied to various hypotheses bearing on the origin of Phobos, these results are inconsistent with the proposition that Phobos is a captured asteroid.

The Gravity Recovery and Interior Laboratory (GRAIL) mission is providing unprecedentedly high-resolution gravity data. The gravity signal in relation to topography decreases from 100 km to 30 km wavelength, equivalent to a uniform crustal density of 2450 kg/m3 that is 100 kg/m3 smaller than the density required at 100 km. To explain such frequency-dependent behavior, we introduce rock compaction models under lithostatic pressure that yield radially stratified porosity (and thus density) and examine the depth extent of porosity. Our modeling and analysis support the assertion that the crustal density must vary from surface to deep crust by up to 500 kg/m3 . We found that the surface density of megaregolith is around 2400 kg/m3 with an initial porosity of 10–20%, and this porosity is eliminated at 10–20 km depth due to lithostatic overburden pressure. Our stratified density models provide improved fits to both GRAIL primary and extended mission data.

And relatively recent (2017) research suggests that Mars's crust might be similar to Earth's moon's in terms of density/porosity:

NASA scientists have found evidence that Mars’ crust is not as dense as previously thought, a clue that could help researchers better understand the Red Planet’s interior structure and evolution.

A lower density likely means that at least part of Mars’ crust is relatively porous. At this point, however, the team cannot rule out the possibility of a different mineral composition or perhaps a thinner crust.

“The crust is the end-result of everything that happened during a planet’s history, so a lower density could have important implications about Mars’ formation and evolution,” said Sander Goossens of NASA’s Goddard Space Flight Center in Greenbelt, Maryland. Goossens is the lead author of a Geophysical Research Letters paper describing the work.

,
showing that the sudden jump in density beneath the crust at the Moho discontinuity. Presumably any significant porosity tends to end at that boundary.

"Planetary Satellite Physical Parameters" lists the densities of many smaller solar system bodies from which porosity ranges might be inferred for smaller bodies, though it doesn't directly list porosities.

There are limits of how large a body can be without being "round". The limits depend on what type of materials make up the object. For an icy object, the size is about 400 km, for a rocky object, it is closer to 600 km. Note that Hyperion is mostly ice, and about 135 km at it's widest dimension.

Not the answer you're looking for? Browse other questions tagged gravity planetary-science moons or ask your own question.

0
How could the gravitational pull of a comet affect spacecraft and astronauts landing on it?
10
Pluto's satellites other than Charon orbits around Pluto or center of gravity between Pluto and Charon?
2
How could you create water and air from materials in the Solar System?
3
Would a large impactor on an ice moon cause a thinning of the ice surface?
5
How is salt transported from the subsurface ocean and ejected with the plumes of water from Enceladus?
6
How could InSight's seismometers be intentionally and meaningfully "pinged"?
5
How were scientists able to experimentally confirm that Saturn's ravioli-shaped moons had highly porous surfaces?
15
How many satellites can stay in a Lagrange point?
1
The Earth's Moon versus Phobos and gravity