What were those motorized human-piloted platforms with helical antennas called (tracking launches)?

This interesting question got me started. I have these vignettes in my Apollo-era memory of antenna systems that tracked launches for telemetry. They had maybe four end-fire helical antennas pointing toward the rocket, and were motorized for tracking. I seem to remember a person sat on them to do manual visual tracking with a telescope.

Am I mixing two different systems together (an optical telescope with human tracking and an automatic-tracking antenna) or were there antennas that were human guided?

Could someone let me know if they existed, and perhaps post an image and/or link to a system description?

Here are images of each aspect separately; a human-guided optical tracking camera, and an articulated quad array of end-fire helical antennas. Were they ever combined? 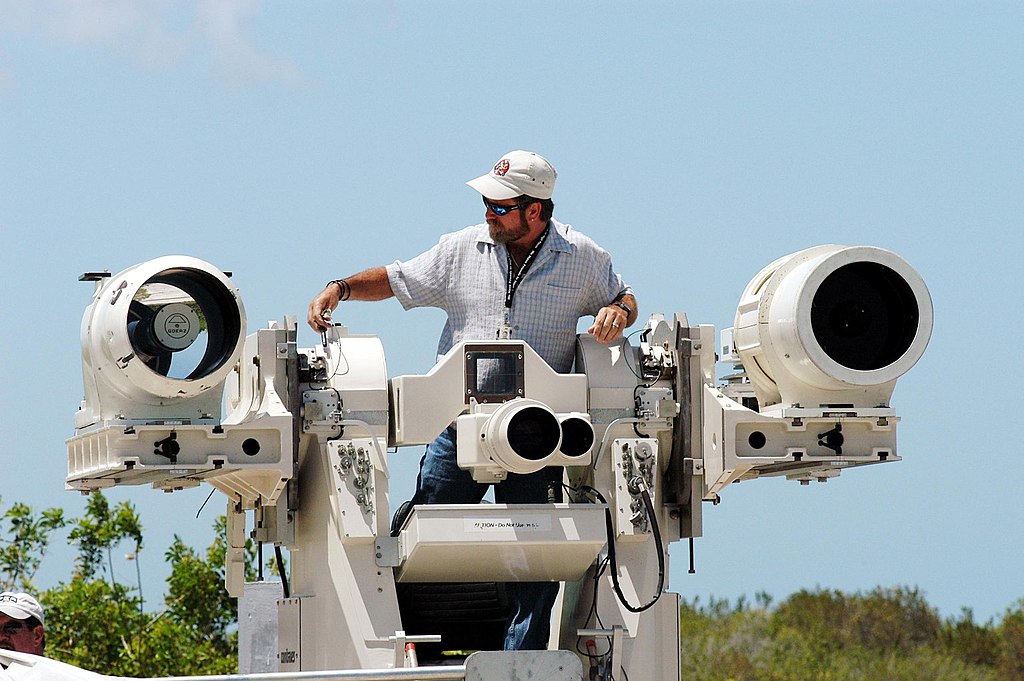 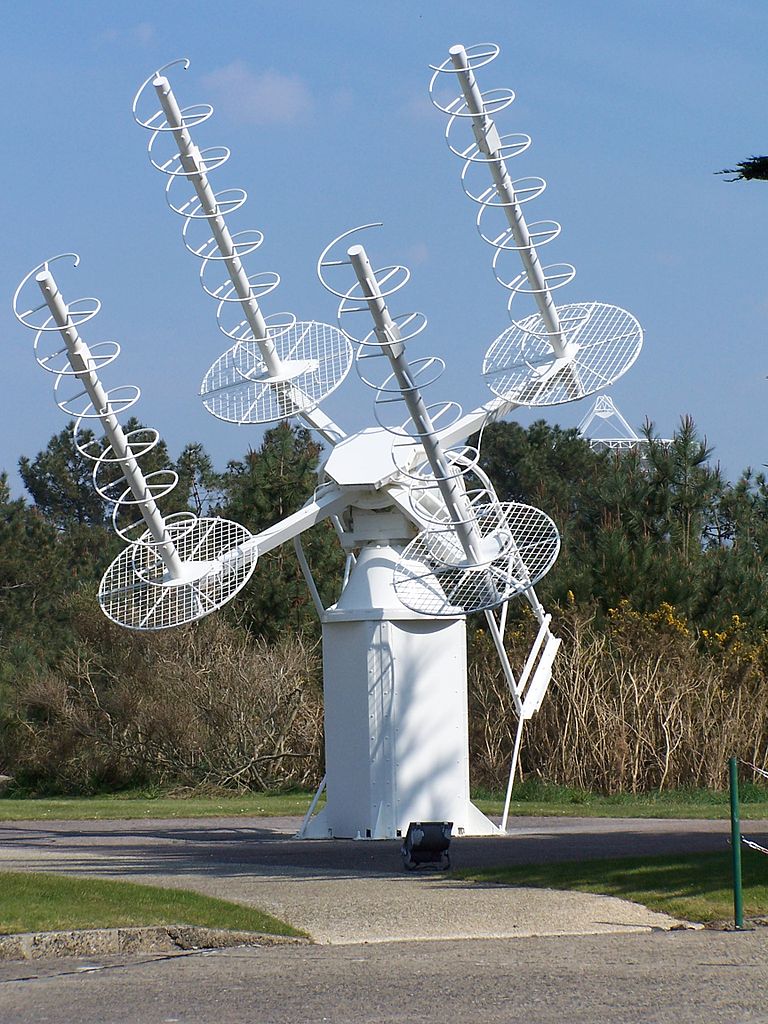 above: "Satellite tracking-aquisition antenna, Pleumeur-Bodou, France. This type of antenna is called a Helical antenna. It transmits and receives circularly polarized radio waves, which are widely used for satellite communication." From here.

I'd be surprised if there was a need for human-in-the-loop control of a quad axial-mode helical antenna like that.

The main lobe (1/2 gain) of a antenna like that probably covers about +/-15 degrees; there's little need for fine pointing.

On the other hand, they're really photogenic: 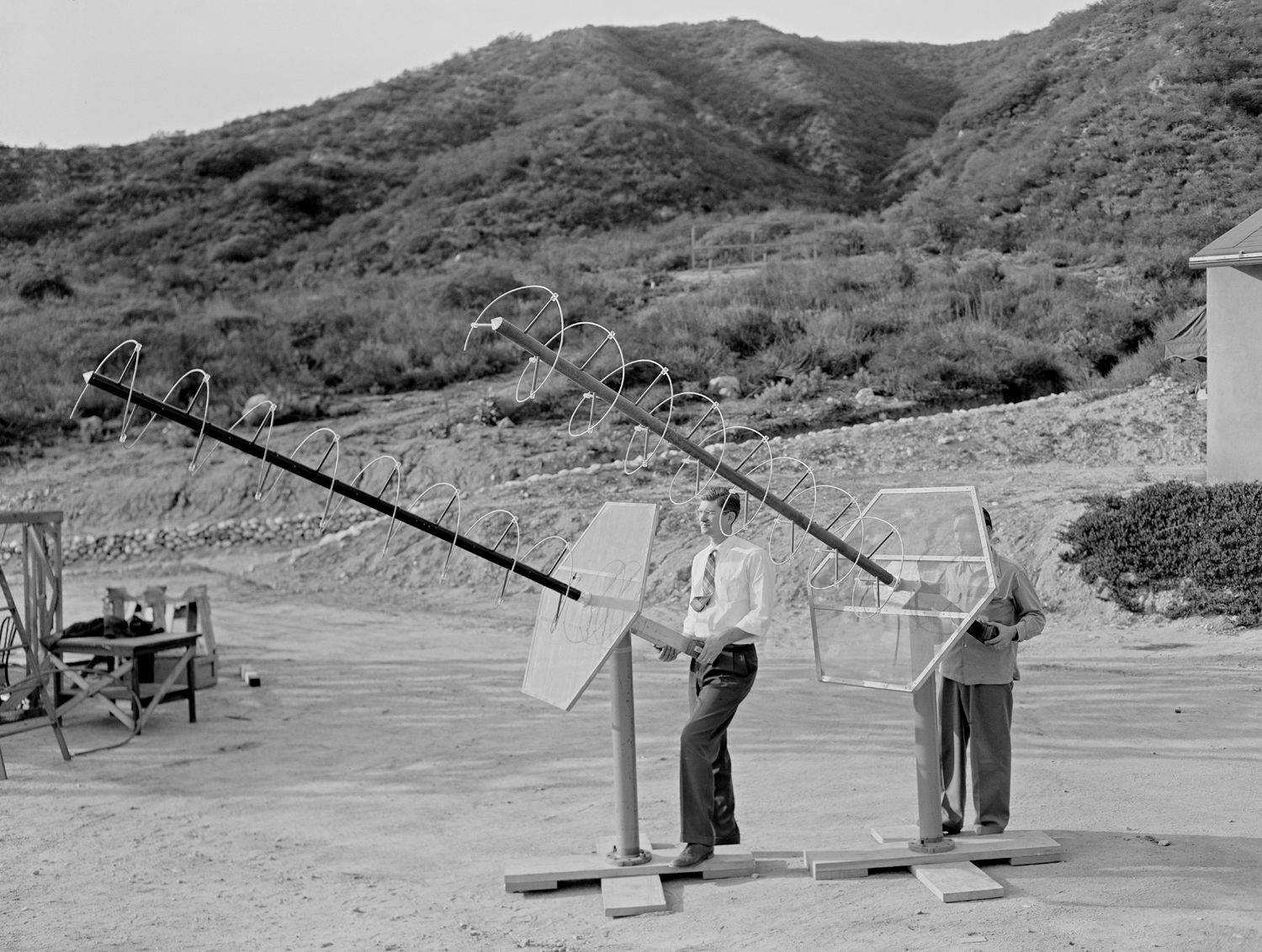 The NASA caption says in part:

Is this a scene from a corny science fiction movie of the 1950s? This 1951 image actually is of scientists at the Jet Propulsion Laboratory (JPL) who were working on missile development for the U.S. Army.

In order to receive data signals from missiles in flight, JPL also developed telemetering ground equipment. The system included these helical antennas as well as receivers, recording equipment, gas-powered generators and batteries for power, and telephones for communication between primary and secondary telemetering sites. All the equipment, including a control room, was installed in trucks so it could be easily transported and set up in the field. The directional antennas were mounted on top of 35-foot telephone poles. During testing, each antenna was steered using a small wheel, like a ship's wheel, near the bottom of the pole, attached to the antenna by rope.

It's possible you're remembering a photo where somebody was posing with the antennas. 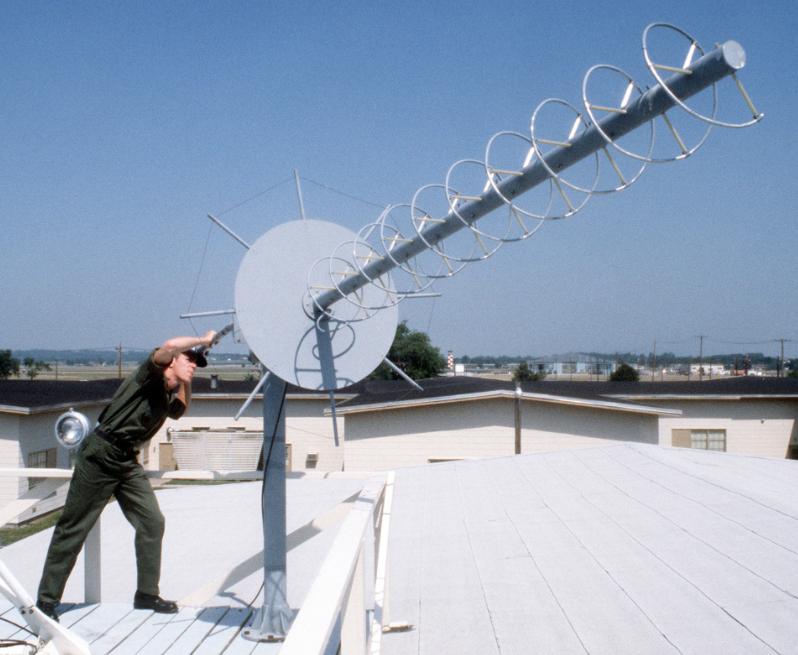 15
Why have four parabolas on a ground-side array instead of just a single large one
6
Post processing of destruction of a rocket
1
What is this combination tracking telescope and helical antenna pair? was it really used, and who is/was FlightLine?
3
How does SpaceX phased array system work to keep track on the rocket

1
What is this combination tracking telescope and helical antenna pair? was it really used, and who is/was FlightLine?