Why a donut-shaped balloon decelerator in the Aldrin-Purdue proposed Mars lander descent?

I saw this project linked within this excellent answer. Why is this proposed balloon (assisting in deceleration of the proposed Martian atmosphere entry) donut-shaped? Are there aerodynamic, stability and/or weight advantages?

Also, can it be articulated for steering by adjusting lengths of the lines?

I think the word ballute is used in the video (balloon parachute) but that seems to be something different. See for example NASA Tech Memo TM X-1773 Flight-Test Results from Supersonic Deployment of an 18-foot-diameter (5.49-meter) Towed Ballute Decelerator (figure shown at the end).

See the Purdue University website page for the project at https://engineering.purdue.edu/AAECourses/aae450/2015/spring 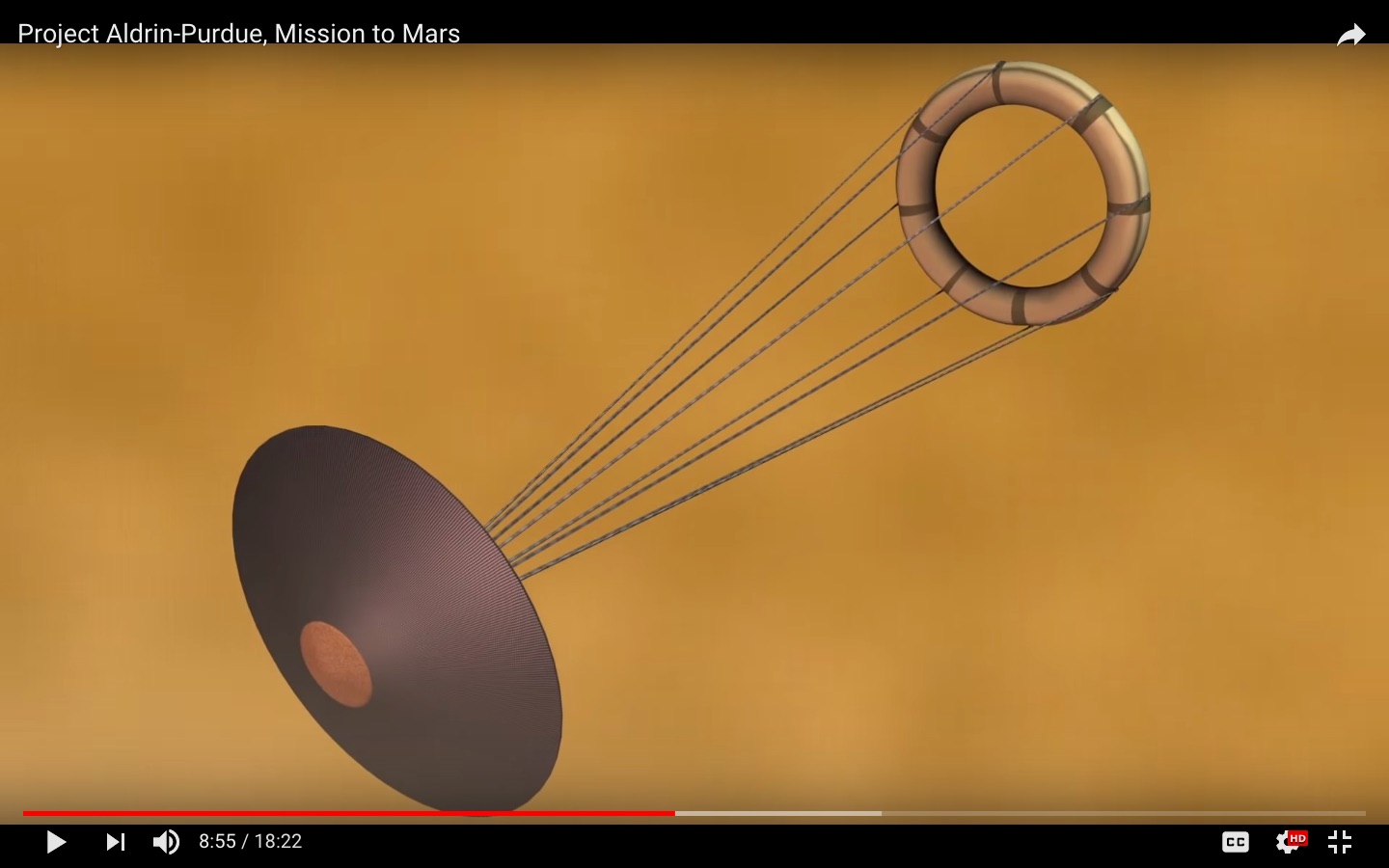 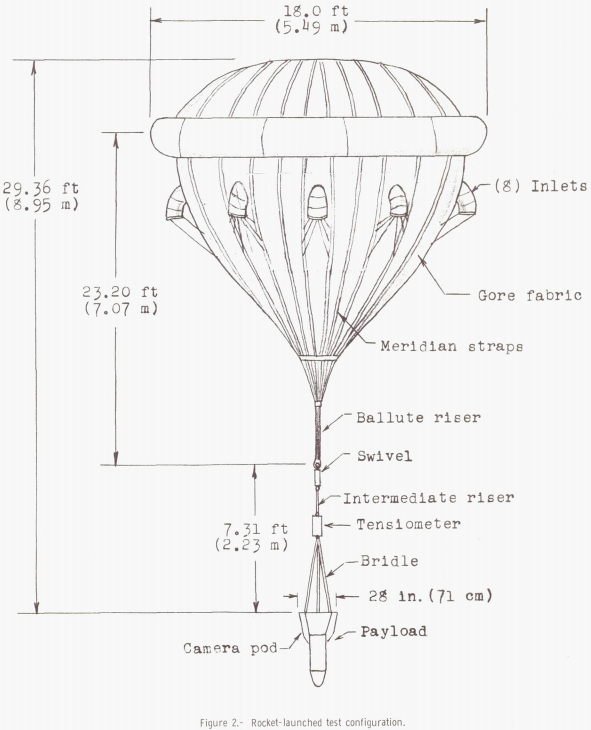 Yes, that is one of many ballute configurations. That configuration seems rather unsuited to a Mars entry though, due to heating in the supersonic regime where it would potentially be useful, That results in a heavy ballute with not a whole lot of drag in return. The artist's conception looks particularly inefficient, where the torus has a very small minor radius. But that might just be the artist. It would need to be a lot further back to not lose potential drag due to being blocked by the large heat shield. Maybe another artist thing. Also it is not clear how that thing gets inflated, or how the inflation is maintained.

An attached torus works better, as does the lower ballute configuration you show, both of which were successfully tested by LDSD. I've usually seen the trailing torus configuration discussed with reference to aerocapture, where you just need something big and light for a very high, very low-density drag pass without any significant heating, and that you can cut loose easily.

No, I have not seen any discussion of steering with the lines. You'd be worried enough about the torus buckling that you don't need to help it buckle by pulling on one of the lines. Drag control for such a device being used for aerocapture is effected very simply: by cutting the whole thing loose at the right time.

Not the answer you're looking for? Browse other questions tagged mars reentry lander or ask your own question.

6
What are the most difficult challenges SpaceX will face getting astronauts to Mars by about 2025?

8
Could the crashed Mars Express lander be imaged by the MRO orbiter?
8
Are there any Mars missions currently in the design phase which could take advantage of NASA's Low Density Supersonic Decelerator?
6
Why has no lander or rover visited Hellas Planitia on Mars?
7
Will the 2018 Mars Dragon Lander be the largest lander on Mars to date?
4
What is the purpose and necessity of this giant structure being used in tests of China's Mars lander?
9
Why was there never a lander for the Martian north polar cap?
1
Is the Low-Density Supersonic Decelerator scheduled for any upcoming Mars mission? Is the program still active?
20
Is this white stuff seen by the Mars Phoenix Lander water or carbon dioxide ice?
5
Why does the Buzz Aldrin Mars Cycler not play a larger role in planning for Mars exploration?