Did the British Skylark ever launch from the UK?

The BBC News item Skylark: The unsung hero of British space remembers the 441st and final launch of the British rocket Skylark in May 2005, to commemorate the 60th anniversary of its first launch.

There is some interesting historical information and a second video at the bottom that are worth checking out.

This one was launched from Sweden, not the UK, and the Wikipedia article linked above suggests it has been launched from sites around the world.

Launches had been carried out from sites in Europe, Australia, and South America, with use far beyond the UK by NASA, the European Space Research Organisation (ESRO), and German and Swedish space organizations

Question: Did the Skylark ever launch from the UK? If so, roughly what fraction of the launches?

below: Image from here. 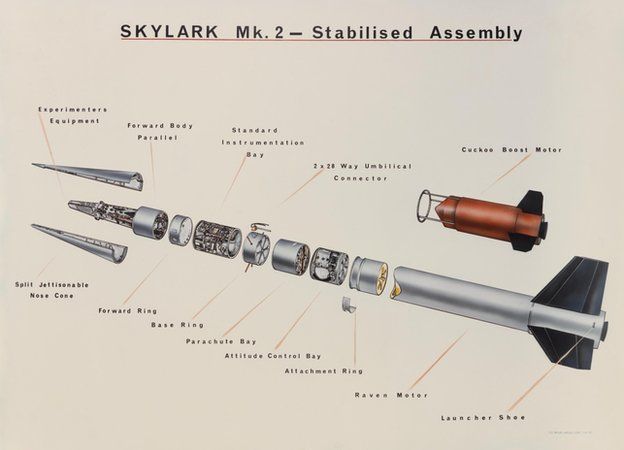 It appears that two Skylarks were launched from the UK:

Aberporth Rocket Range is located near Aberystwyth, on the south coast of Wales. Originally, it was intended to be used for the testing of large rockets, and for Skylark sounding rocket launches. However, the large rocket programme was moved to Australia for safety reasons, as was Skylark, as the remote Woomera base provided extra security. Two test launches of Skylark did, however, take place from Aberporth in 1971. The Range is currently used by the Defence Evaluation and Research Agency (DERA).

Another site suggests that they were originally planned to launch from Aberporth in 1957, before being sent off to Woomera:

During 1957 attempts were made to fire Skylark Meteorological Research rockets from Aberporth. Ballistic wind measurements had to be taken shortly before the rocket could be fired, which was a very complicated procedure affected by up-draughts from cliffs etc. It took a long time and wind conditions were liable to change throughout the period of measurement up to the point of firing. Winds had to be measured at 100 ft intervals up to 1000 ft and a vast programme took place with the co-operation of the Meteorological Office at Aberporth. Special measuring instruments were made locally, but the measuring procedure could not be perfected at that time so as to take account of all Range Safety requirements. Firing of Skylark from Aberporth had therefore to be finally abandoned although these missiles were successfully fired from other ranges outside the RAE organization, with less stringent safety requirements due to their location.

Not the answer you're looking for? Browse other questions tagged history sounding-rocket or ask your own question.

17
Are there any known reasons why there are no spaceports in the European Union?
14
Do launchers using only solid propellant exist?
5
What is the origin of the name "Skylark"?
4
How did the UK "intentionally self-nuke its space exploration capabilities in the 1970s"?
3
Australian rocket launches