How important is plume impingement in rendezvous operations?

When performing space rendezvous operations close to the target vehicle (0-5 m relative distance), pursuer thruster escape nozzle gases can hit the target if firings are done in the direction of docking axis. Eventually, this firings could damage the target surfaces (by heating or erosion), or provoke some attitude and orbit changes of the target (slightly). 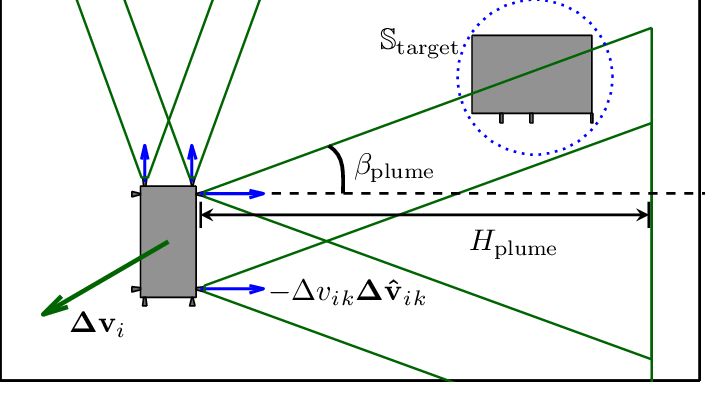 My question is: how current and past space vehicles with rendezvous capabilities (Soyuz, ATV, Dragon, Space Shuttle,etc) have deal with this issue since following an R-bar or V-bar rendezvous requires to perform braking firings when the pursuer is very close to the target?. Are target surfaces (ISS,etc) designed to cope with this plumes?.

In general, it is quite safe to say that it is never desireable that the chaser plume the target to any significant degree during rendezvous/proximity operations.

A cursory overview of the Space Shuttle Orbiter's Reaction Control System (RCS) is shown below (page taken from a 2002 version of the Shuttle Crew Operations Manual). 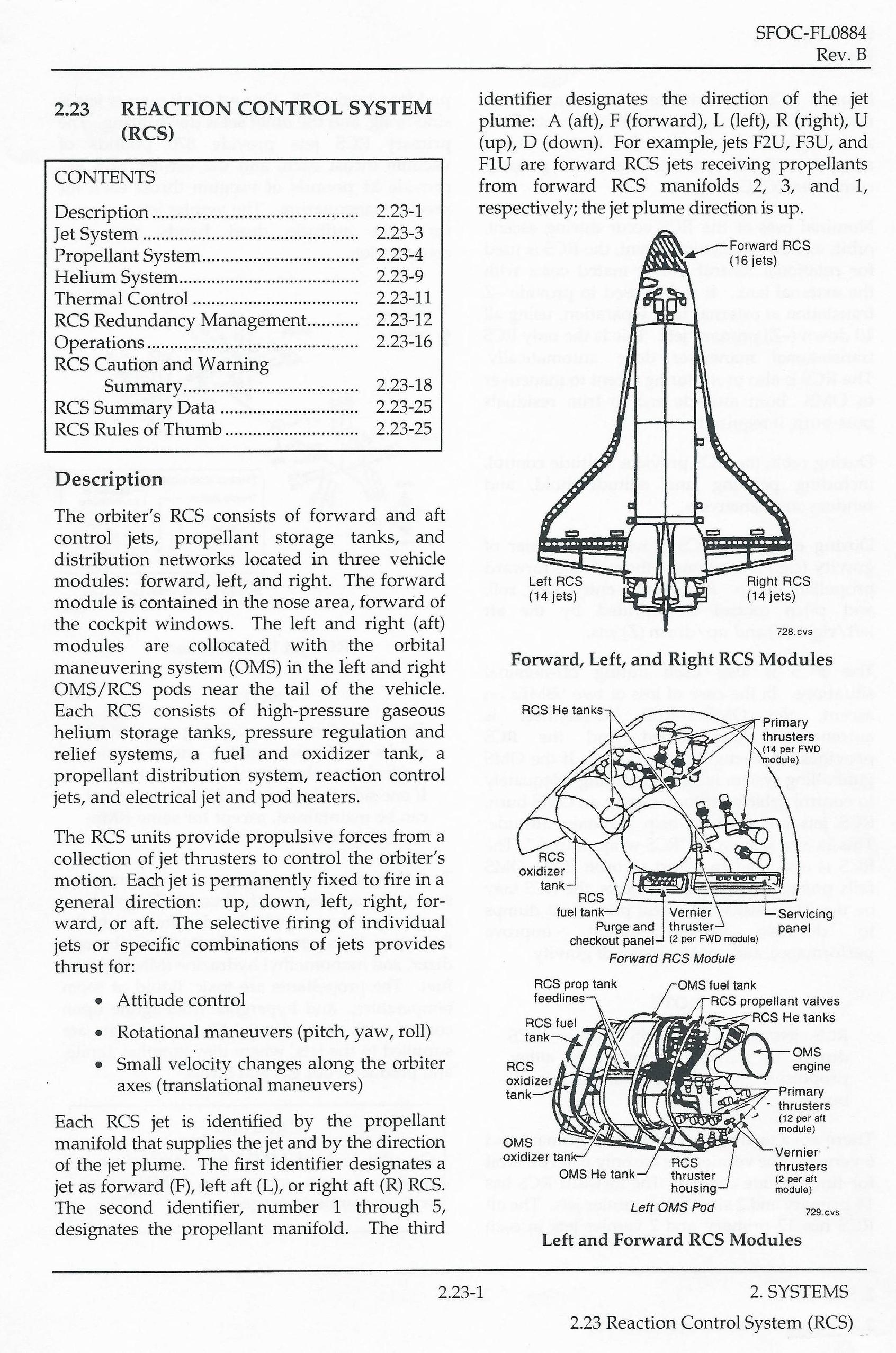 The next diagram is a slide presented during a 1996 briefing given to an Astronaut Candidate class. It gives the reader an idea about the orientation of the various jets. 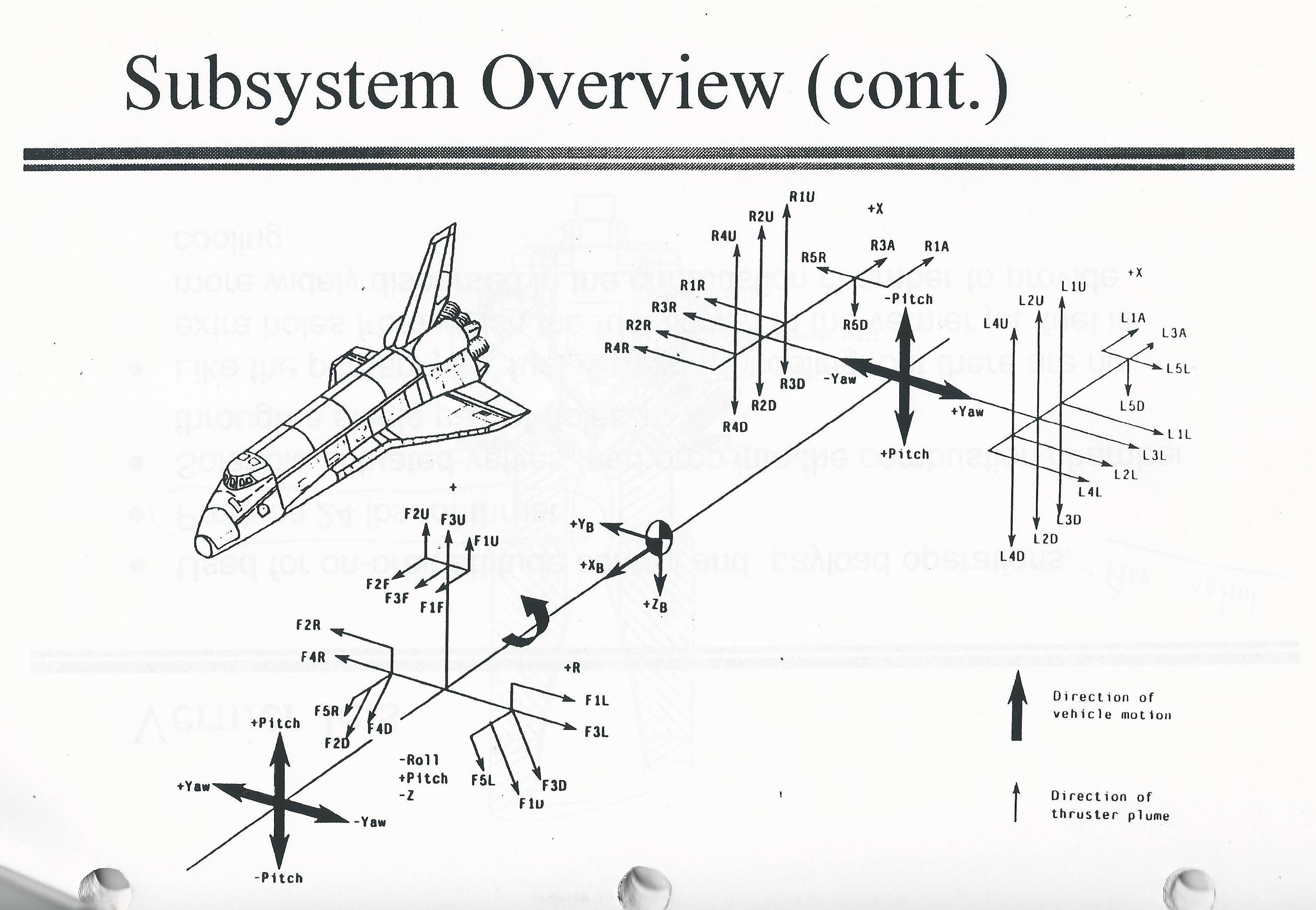 The "normal" way to thrust toward the Orbiter's +Z axis was to utilize the upward pointing RCS jets, naturally (the next two images below are extracted from the Rendezvous/Proximity Operations Workbook (dated 1985): 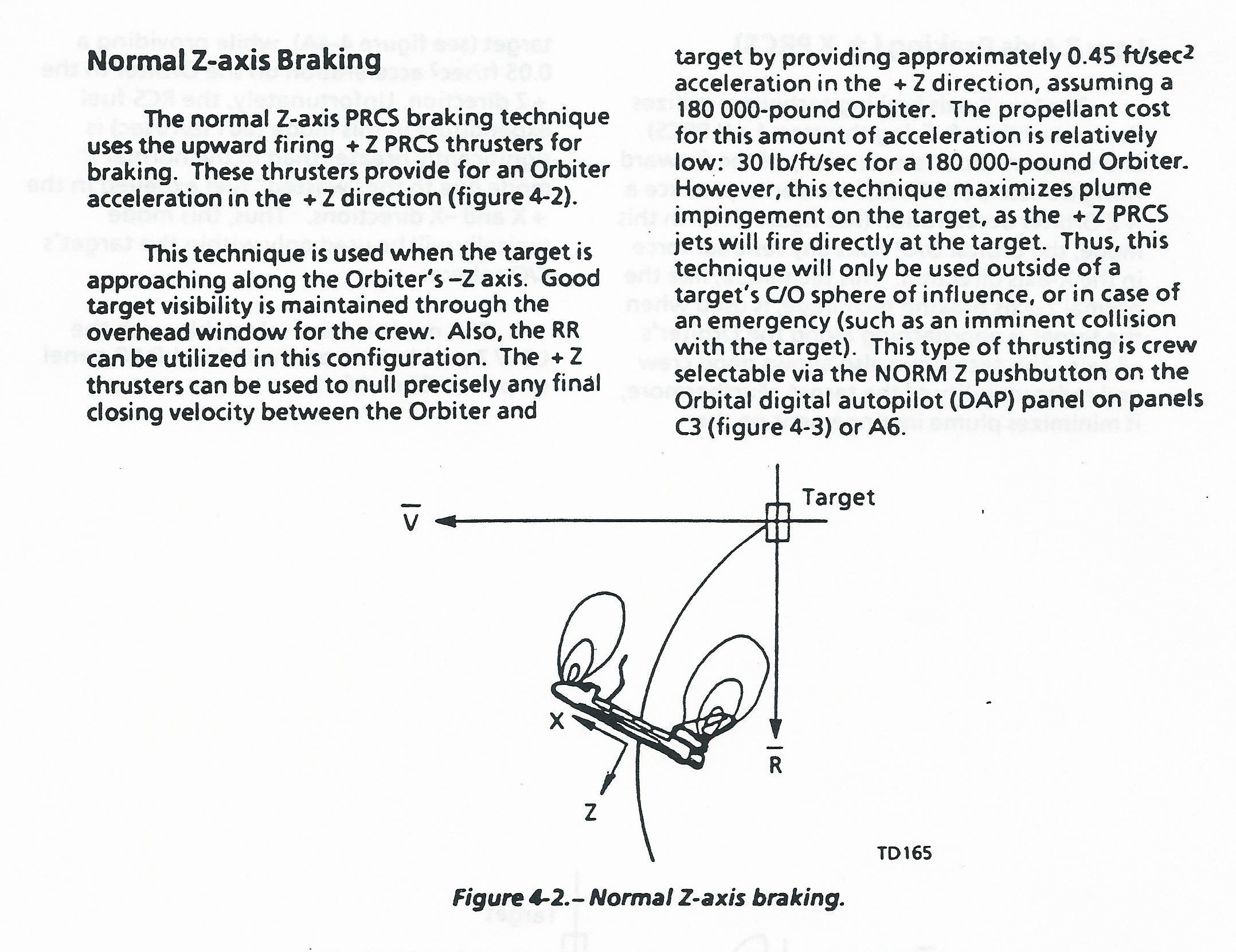 When suitably close to the target, the crew would select "LOW Z" mode, which operated as explained below: 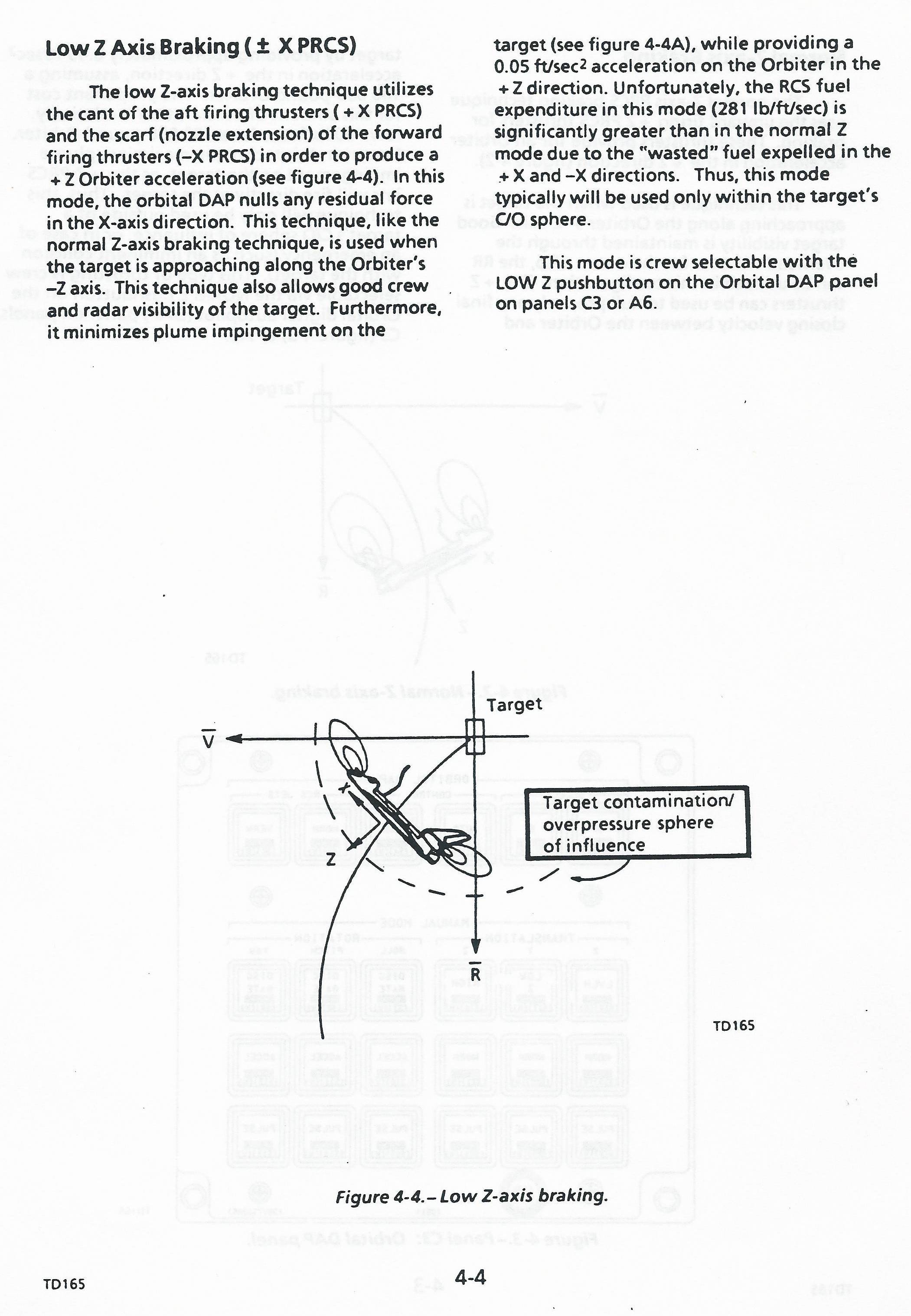 Not the answer you're looking for? Browse other questions tagged spacecraft propulsion rendezvous astrodynamics or ask your own question.

41
If we can get people to the moon and back, why are we so adamant that it's impossible to service James Webb at 4x that with a one way robotic vehicle?
27
Why were the Apollo 12 astronauts tasked with bringing back part of the Surveyor 3 probe?
23
How dangerous are RCS thrusters?
11
Worst damage incurred during a rendevouz or docking operation?