How complex was the math and physics necessary to place Apollo 11 on the moon?

Specifically, I'm interested in how closely the models used to calculate the various burns and course corrections represented reality. Was standard Newtonian mechanics sufficient or were relativistic effects included? Were the Earth, Moon, and spacecraft modelled as point masses or more complicated bodies? Were forces such as solar wind included in the calculations?

Was standard Newtonian mechanics sufficient or were relativistic effects included?

Were the Earth, Moon, and spacecraft modelled as point masses or more complicated bodies?

The moon's gravity was modeled with the L-1 potential model consisting of "5 coefficients out to a maximum degree of 3". I don't know a lot about geopotential modeling; it's discussed a little bit in this Q/A and the "Tindallgrams" linked therefrom. Apparently the model was updated between Apollo 11 and 12 with better data obtained from Lunar Orbiter data.

A gravity field is modeled (and can be visualized as) deviations from the gravity of a perfect sphere. The visualization of the L-1 Lunar potential looks like this (with red indicating increased gravity and blue decreased): 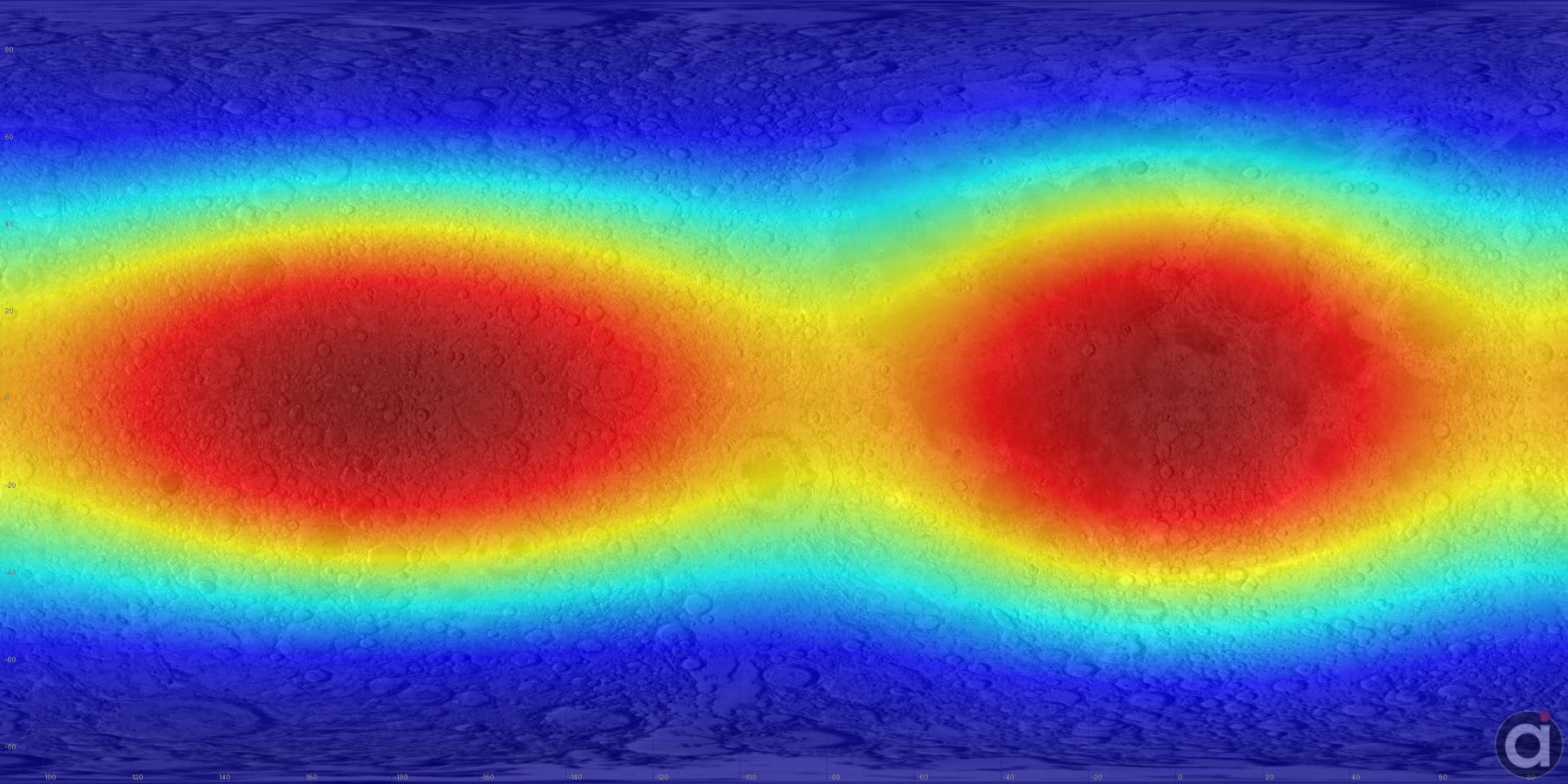 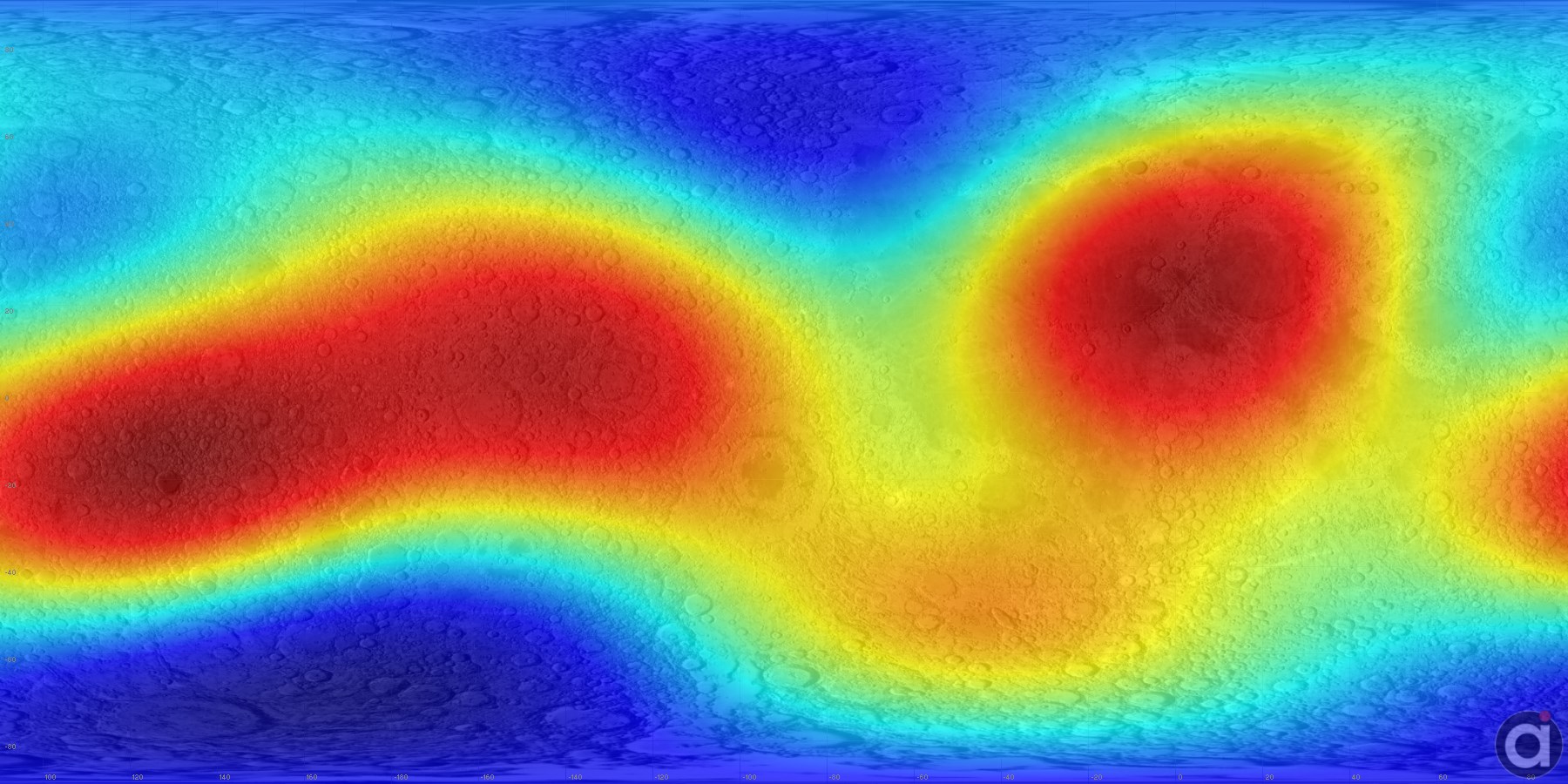 And, for reference our current lunar gravity model, based on GRAIL data, looks like this: 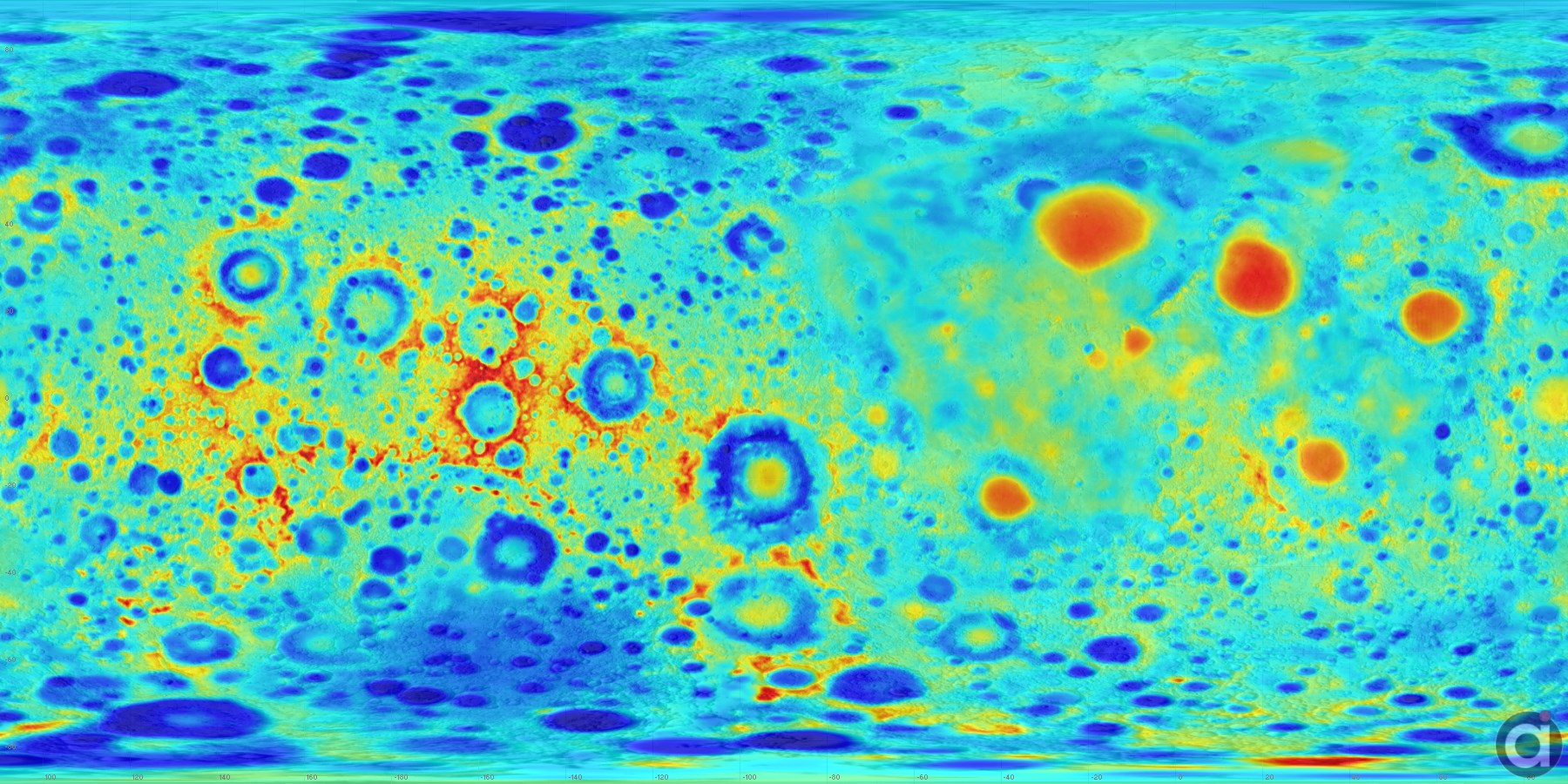 I'm not sure about their Earth gravitational model; they may not have needed much detail since they would only be in parking orbit for a few hours on the way out and re-entering aerodynamically on the way back.

I don't believe solar wind was factored into navigation, again because any effect it would have was easily corrected for.

Mostly navigation was done by computers on Earth. The position of the spacecraft was accurately tracked throughout the mission, and correction maneuvers would be calculated on ground-side computers and called up to the crew to execute as needed; the guidance computer would execute the maneuver with a crewman ready to hit the shutdown button if necessary.

A few parts of the flight were flown manually. The terminal phase of the moon landing was one of them; the capability existed to land semi-automatically using a radar altimeter, with the commander able to adjust the targeted landing spot, but in every landing the computer was switched into a more manual mode at around 500 feet altitude and landed with the commander's hands on the controls while the LM pilot managed the computer and called out altitude and speed figures to the commander. Lovell intended to try to use the automatic mode on Apollo 13, but didn't get the chance to attempt the landing.

The transposition-docking-extraction maneuver to pull the LM away from the booster was flown manually by the command module pilot (CMP).

As a complement to the good answers provided above, I remember learning in a control system's graduate course that the Saturn V launch was modelled via a 23rd order equation. This gives an indication of the complexity of the math involved in the control of the full up Saturn V.

Not the answer you're looking for? Browse other questions tagged orbital-mechanics apollo-program physics mathematics flight-computer or ask your own question.

17
Is GR required to send a probe to Mercury?
17
What was the mascon "fix" used by Apollo 12?
4
What exactly are Tindallgrams? (spaceflight related)
3
Simulating a nanosatellite lunar flyby

14
Was the Apollo spacecraft always gravitationally bound to the Earth-Moon system?
6
How were these NASA engineers able to take men to the moon and bring them back with this limited computing capability?
158
How did the Apollo computers evaluate transcendental functions like sine, arctangent, log?
22
What exactly turned on the light indicating Apollo 8 was starting to fall towards the Moon?
10
How would the state vector be updated in the Apollo Guidance Computer during coasting to/from the moon if communication with Earth was lost entirely?
9
How much silver was left on the Moon by Apollo Lunar Modules?
13
When was the general approach to the Apollo moon landings finalized?
9
How were registers in the Apollo Guidance Computer implemented?