There are several popular news items about the recent test of Voyager 1's Trajectory Control Thrusters to see if they can be used for attitude control to facilitate communication with Earth. The original attitude control thrusters are slowly degrading. Read more in the NASA News item Voyager 1 Fires Up Thrusters After 37 Years.

In what ways do the two sets of thrusters differ? An answer should include at least their locations and (design) minimum possible impulse per firing for each type. I say design because this may be more available, the actual minimum of the attitude thrusters is changing with time (which is the problem).

The attitude thrusters and TCMs are mechanically identical, all Aerojet MR-103s. From the Voyager Press Kit:

The 16 thrusters on the mission module each deliver 0.89 N (0.2-lb.) thrust. Four are used to execute trajectory correction maneuvers; the others in two redundant six-thruster branches, to stabilize the spacecraft on its three axes. Only one branch of attitude control thrusters is needed at any time.

The MR-103 is almost a commodity part, used on many spacecraft over 4 decades; the modern version is quite versatile, rated for 0.027 N-sec minimum impulse with a 15ms pulse, and also for 5000 seconds of continuous fire; Astronautix mentions an 8ms minimum duty cycle, presumably for an earlier version of the thruster.

Here's a diagram showing most of the thrusters: 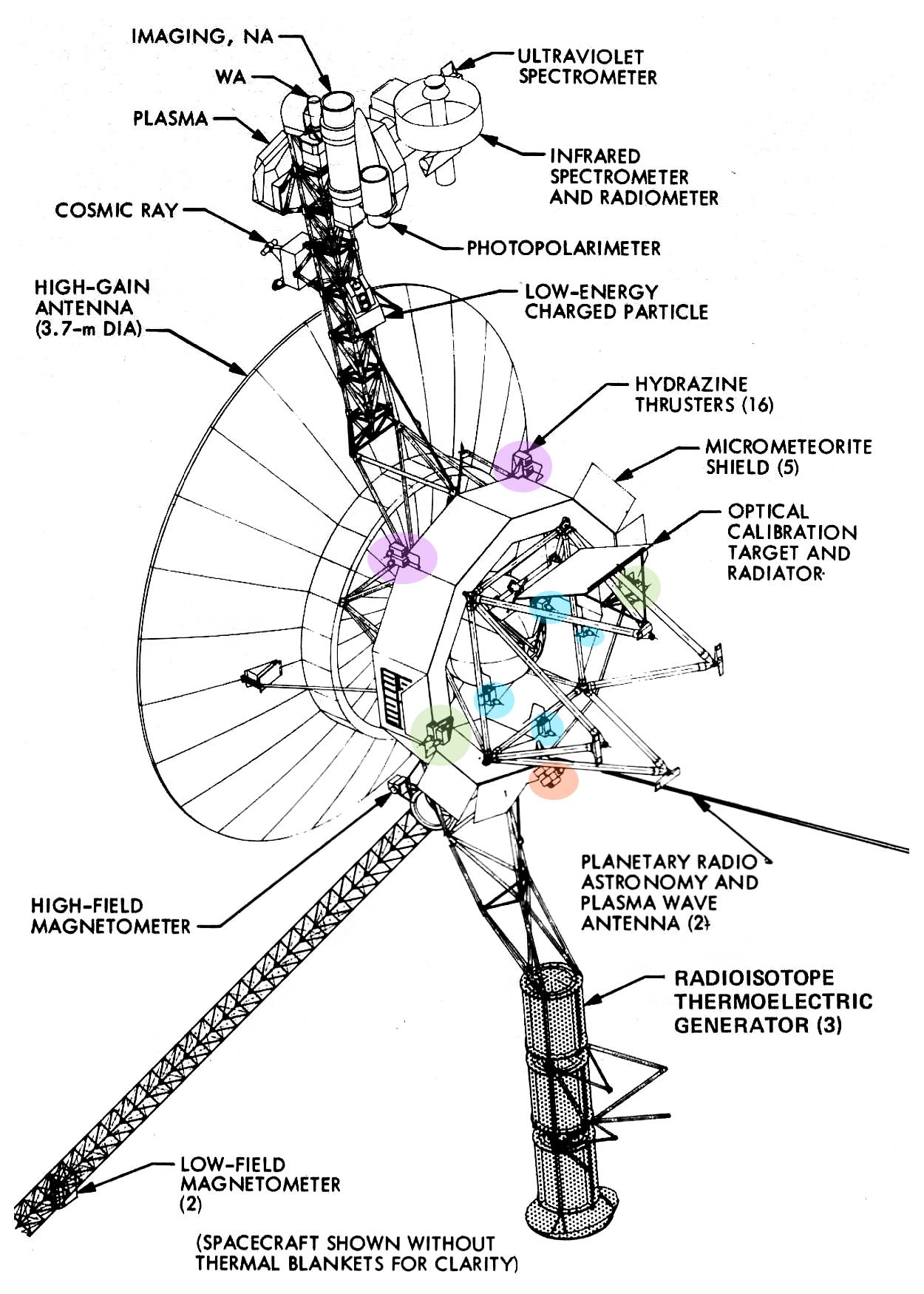 I've highlighted thruster groups in color. There are short lines drawn out from the thruster blocks indicating their orientation (although the pitch thrusters are obscured by the struts). Based on their position and orientation, their functions are: 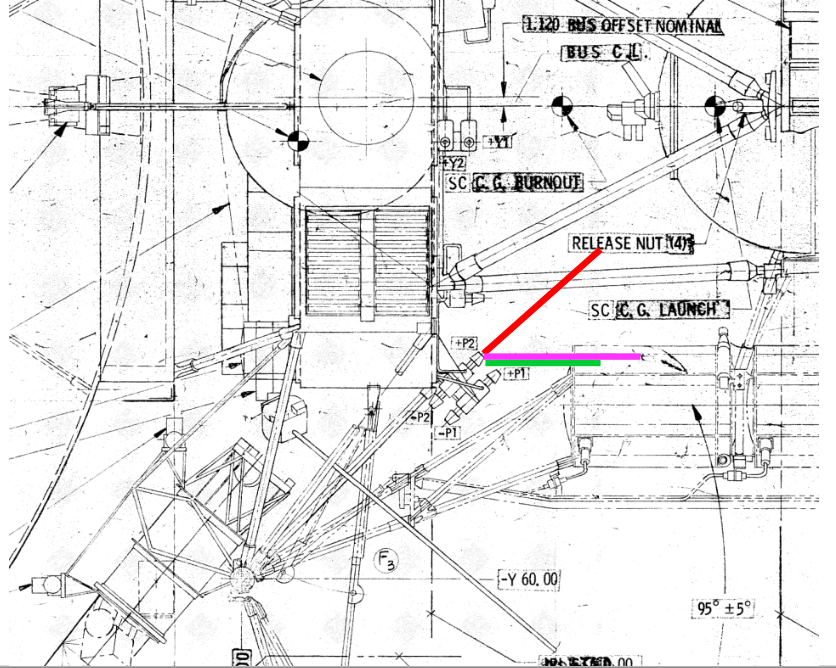 Image source: How are the Voyagers' thrusters configured in a novel way to minimize accelerations along Earth-spacecraft axis?

It's easy to see that, by firing one of the TCM thrusters at a time, you produce a small amount of torque for pitch or yaw control.

Pitch and yaw control alone (without roll) are probably sufficient to maintain communication with Earth. Since Voyager's antenna bore sight is aligned with the roll axis, roll would not be particularly necessary to maintain communication with Earth. Also, since (according to Table 2-2 on page 10 of the DESCANSO Design and Performance Summary Series Article 4: Voyager Telecommunications) Voyager uses circular polarization rather than linear, arbitrary rotation would not have a significant impact on the polarization of the received signal. 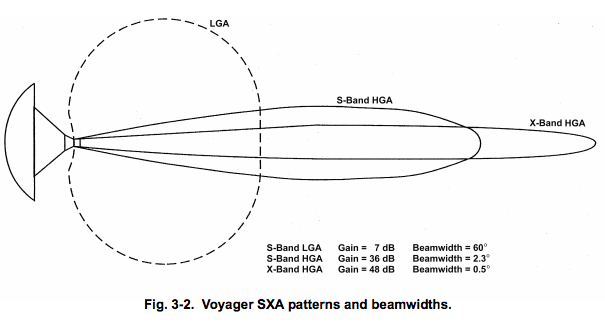 Not the answer you're looking for? Browse other questions tagged attitude engines voyager attitude-determination-and-control or ask your own question.

22
Can Voyager still use its thrusters to avoid hazards?
11
How are the Voyagers' thrusters configured in a novel way to minimize accelerations along Earth-spacecraft axis?
6
How does Voyager 1 keep track of its orientation?
5
How can the two MarCO cubesats remain reliably close to InSight during their six month trip to Mars?
3
What does it mean when the Voyagers "switch thrusters"?
4
How much do the Voyagers' attitudes drift over time? How often are their thrusters used for attitude control?
3
How are Voyager's 16 thrusters oriented? Table that enumerates them and specifies directions quantitatively

22
Can Voyager still use its thrusters to avoid hazards?
5
How does New Horizons control its attitude?
11
How are the Voyagers' thrusters configured in a novel way to minimize accelerations along Earth-spacecraft axis?
6
How does Voyager 1 keep track of its orientation?
1
Attitude control with cold gas thrusters
5
When jettisoning heavy objects from the ISS e.g. 2.9 tons of batteries+, how much angular impulse does the station get? Corrective actions necessary?
3
How (the heck) can thrusters alone stabilize New Horizons well enough to take high magnification 30 second long exposures in order to see +21 m objs?