Is a Falcon Semi-Heavy plausible?

Some rockets use strap-on boosters to match the payload requirements, even sometimes launching with only one strap on.

Is this a plausible scenario for Falcon to be strapped together with only one side booster?

The main concern with this configuration would probably be asymmetric thrust. If the thrust is aimed straight down the rocket would start to rotate clockwise because the center core is heavier than the booster while having the same amount of thrust. This turns into even more of a problem later into the flight because they throttle down the center core.

This asymmetric thrust needs to be compensated by changing the direction of the thrust vector. Luckily the Falcon rockets are capable of vectoring their engines, but the exact range is unknown. I made the following drawing to do some guesstimating on the required vectoring range for a Falcon Semi-Heavy: 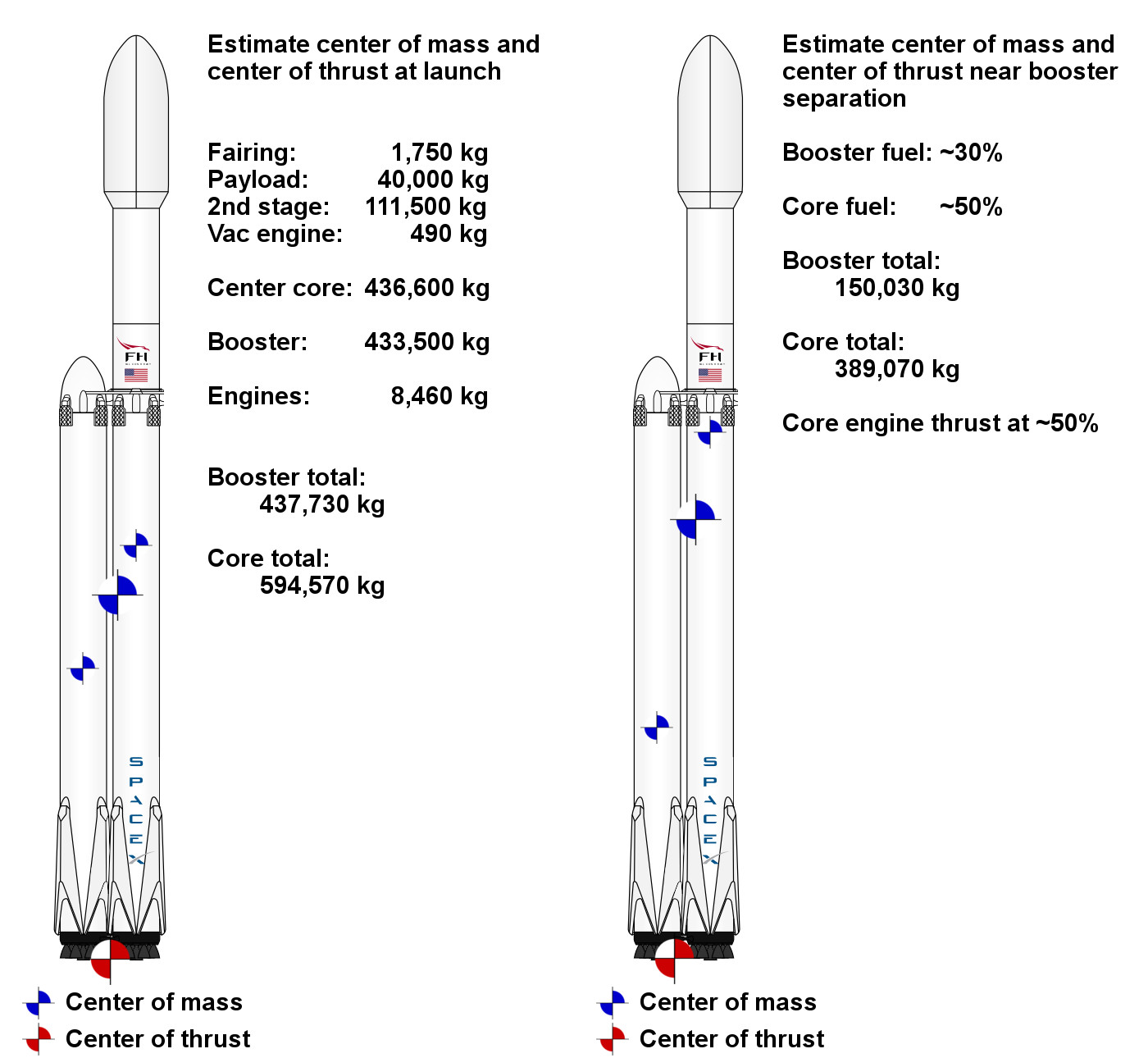 Some assumptions I made:

So if you draw a line between the center of thrust and center of mass in these drawings you will see that this results in a required vectoring range of around 3 degrees, which seems quite reasonable.

With first stage reuse, there is a simpler configuration: Keep both strap-on boosters, but only fill them part way with fuel. Since each of the two boosters fires for about half as long as if there was one, they only accrue about half the wear. You could also fire only some of the engines on each booster as another way of limiting wear. This seems easier to manage than asymmetric thrust. Also of note is how small the boosters are on the Atlas V compared to a second complete first stage.

This is very unlikely to happen for a number of reasons. The biggest reason is that the Falcon Heavy in particular is designed to be reused. If you would only need 2 cores instead of 3, then just land the 2 cores back at your main base, which would save a lot of fuel. It is thought that it will be cheaper to fly a Falcon Heavy with 3 core reuse then it would be to fly a Falcon 9 with the same payload that requires the Falcon 9 to use up it's landing fuel reserve. I can't find performance on the expendable Falcon 9 configuration, but here is the performance differences between the various Falcon configurations for C3, per NASA's Launch Vehicle Performance website. Note that there isn't a huge difference between a Falcon 9 expendable and a Falcon Heavy Recoverable. 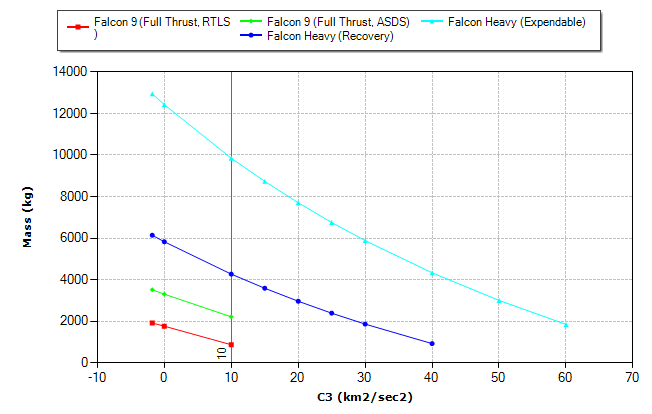 As @jgalak notes, the problem would be asymmetric thrust, but I believe the vectored thrust on the Falcon would be sufficient to keep things balanced. Since the rocket wouldn't be going straight up, there would be a net sideways aerodynamic force on the stack, but Atlas V seems able to deal with that in its asymmetric single-booster configuration. At first glance it seems plausible to me.

9
If not constrained by underpasses, etc., would Falcon 9 have been less of a flying noodle?
8
SpaceX Falcon 9 Reusable first stage propellant for return