What are the thrusters present on the side of the Mercury-Atlas launch vehicle?

I just watched a documentary about the Mercury program and was wondering what those "side rockets" (don't know how to call them properly) are for? Further stability or generating some extra thrust?

Talking about those four "little" engines above the main ones.

These are vernier thrusters! They're small (relative to the main engine) rocket engines used to finely control the heading and alignment and form part of the Mercury-Atlas' attitude & roll control system. These days, systems tend to use gimbaling of the main motor to maintain attitude control; but if you couldn't gimbal, introducing changes in the spacecraft's or rocket's attitude by pushing the vehicle with smaller rockets is preferable.

Specifically, the vernier engines are LR-101's developed by Aerojet Rocketdyne and certified for use in 1958:

The LR-101 was a single-start, fixed-thrust engine with an expansion ration of 6:1. In its Block 2 version, ignition occurred by means of pyrophoric (hypergolic) fluid (a mixture of tri-ethyl aluminum and tri-ethyl boron) which ignites spontaneously in the presence of oxygen. 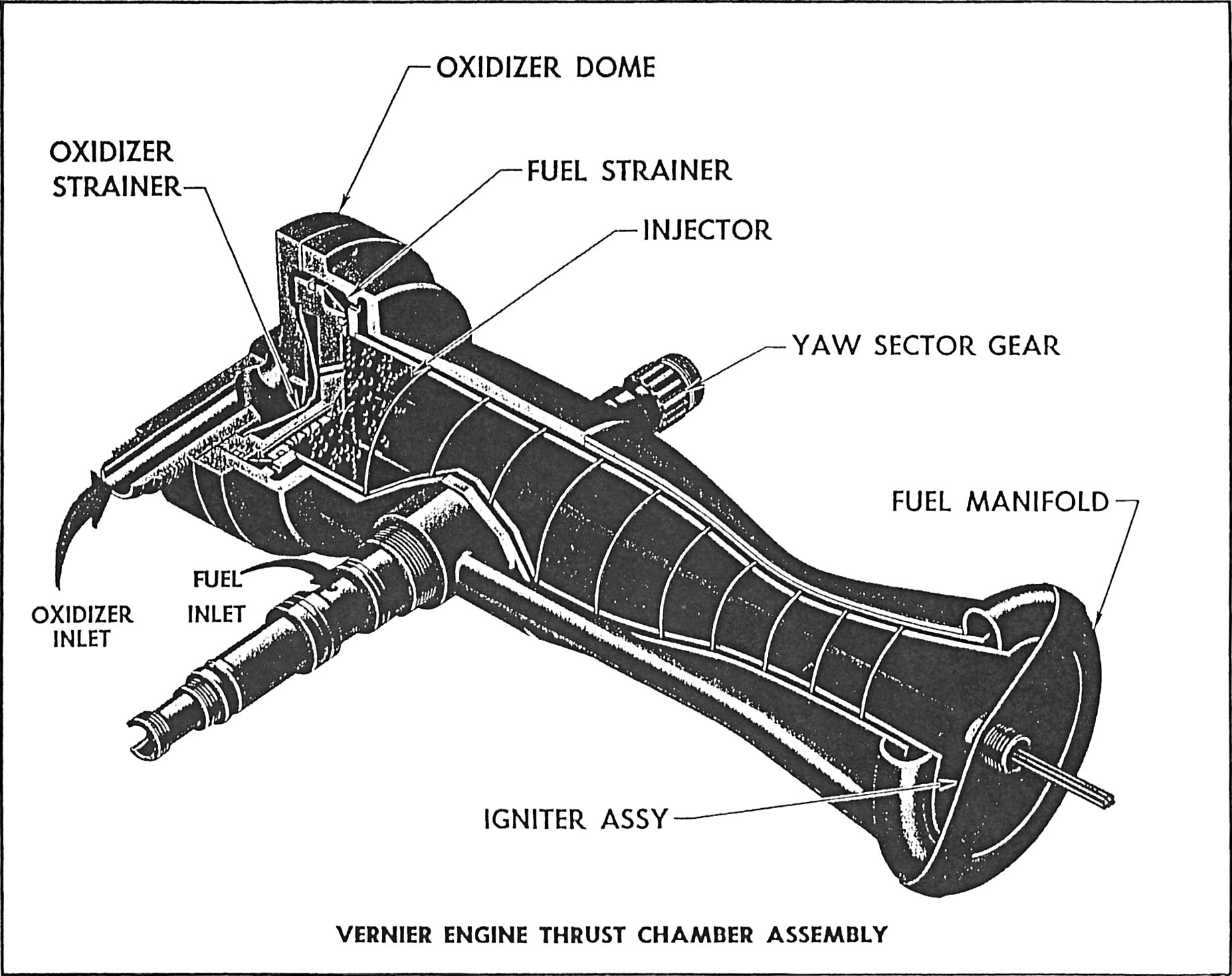 http://heroicrelics.org has some additional specific information about the engine, but its variants usually produced between 528 and 1000 lbs of thrust each. Mercury-Atlas had 2 of these at 180 degree intervals around the booster.

Not the answer you're looking for? Browse other questions tagged rockets nasa history project-mercury or ask your own question.

9
What are the advantages and disadvantages of assembling a launch vehicle horizontally?
13
What eventually killed the Augustine Commission Report Option 4B, Directly Shuttle-Derived Heavy-Lift Launch Vehicle, a.k.a. DIRECT?
5
What is the limit for asymmetrical design for a launch vehicle?
12
What exactly is the orange insulation foam used on many different launch vehicle stages?
6
What are the advantages of Delta IV over Atlas V
1
What is the latest GSO capacity for the Russian heavy launch-vehicle Proton-M?
25
What are some specific examples of the calculations human “computers” did for the Mercury space program?
10
What happened to the Atlas IV?