Following the links in this comment by @Uwe I've found some interesting sources of information on Ham (amateur) radio operators trying to listen in on Apollo transmissions.

At the bottom of Sven Grahn's Tracking Apollo-17 from Florida there is a table of time points and events. Near the bottom is an item for December 12, 1972 at 22:12 UT.

It links to this audio recording of the Apollo-17 transmission received by the amateur station.

Question: What is a barber pole, and what did "it is gray" mean?

Here's a closeup of some Apollo CM switches and talkbacks from the Apollo 15 flight journal: 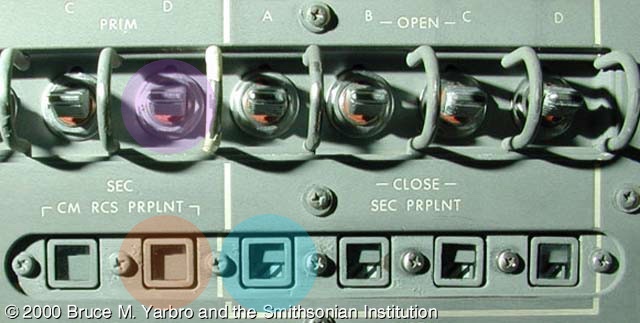 The "gray talkback" referred to by Dave Scott is an example of the indicators which were mounted around some of the instrument panels. Each talkback consisted of a small window with a black and white stripe pattern behind it - the "barber pole" often referred to during the mission. A gray flag could move in front of the barber pole stripes to indicate the status of a particular system. The gray flag would be driven by a control signal from the system in question and it told the crew what was going on in that system, therefore the indicator was called a talkback. Gray was essentially a normal or "doing nothing" indication. A barber pole in the talkback usually meant an abnormal or transient status.

This photograph, kindly supplied by Bruce Yarbro, is of the RCS talkbacks in the Apollo 13 Command Module, Odyssey. The two talkbacks to the left are for the Command Module's RCS system, which will not be activated until re-entry. The four talkbacks to the right show half-barber pole in this photo and are the same as those in question.

I went looking for that particular call in the Apollo 17 transcripts -- no joy on the Command Module onboard recorder transcript, but the air-to-ground recording has it at 5:16:37, I think:

CMP: Okay. RECORDER is going OFF, not the HEATERS. RADAR is OFF. DATA SYSTEM is ON. Uh-oh. Should have the SM/AC POWER switch up - up there (laughter) at 230, as much as we use it.

CC: Roger. I concur with that one. I thought it would only be in the simulation that it would get to you on that one.

CC: We concur with that, Ron.

CC: We'll give you a cue on that UV COVER, OPEN, here.

CMP: Okay, there's the IR. Barber pole. And a gray.

† Incorrectly attributed to CDR; this exchange occurred while the LM was on the surface so it seems unlikely the commander would have jumped into the checklist.

So our ham operator's watch may have been off by a minute or two.

These operations seem to be in reference to scientific instruments carried in the service module SIM bay, including an ultraviolet (UV) spectrometer to study the moon's (extremely tenuous) atmosphere and an infrared (IR) radiometer to study the cooling of the moon's surface soil at night. "Mapper" is probably the laser altimeter.

There are a number of calls of the form "[some control], barberpole... gray" where a crew member is throwing a switch, observing the "in-progress" barberpole indicator, then reporting the operation completed, e.g. this one where Evans is operating the docking probe circuit breaker at 01:10:20 MET:

CMP: DOCKING PROBE, EXTEND/RELEASE; EXTEND/RELEASE until probe extension. Okay, I'm going to hit it real lightly .... barber pole and gray. I hear a - I thought it went bump, didn't it?

There's also a lot of "barberpole plus three" or "plus four" in relation to camera settings; in those cases each throw of the switch would advance one step through a cycle of possible settings, one of which would show barberpole so that the operator would know where in the cycle they were. "Barberpole plus three" would mean toggling the switch as many times as necessary until barberpole appeared, then toggling three more times. (h/t @hobbs for that clarification.)

I don't know specifically which one, but I'd lay large odds the quote refers to a "talkback".

Shuttle and Apollo used electromechanical "talkbacks" to provide status indications on the control panels. The talkbacks showed various statuses like ON, OFF, OP, CL, sometimes just gray, etc. If the signals driving them were lost, or in a conflicting state, the talkback would show "barberpole" - a pattern of diagonal black and white stripes.

A gray talkback indicated nominal operating status. Here's a fuel cell procedure from the Orbit Pocket Checklist asking the crew to check that some talkbacks (tb) are gray or barberpole (bp).

Here's are some pictures I took in an orbiter in the OPF a while back. You can see various talkback statuses including a barberpole talkback on the Emergency Oxygen isolation valve. 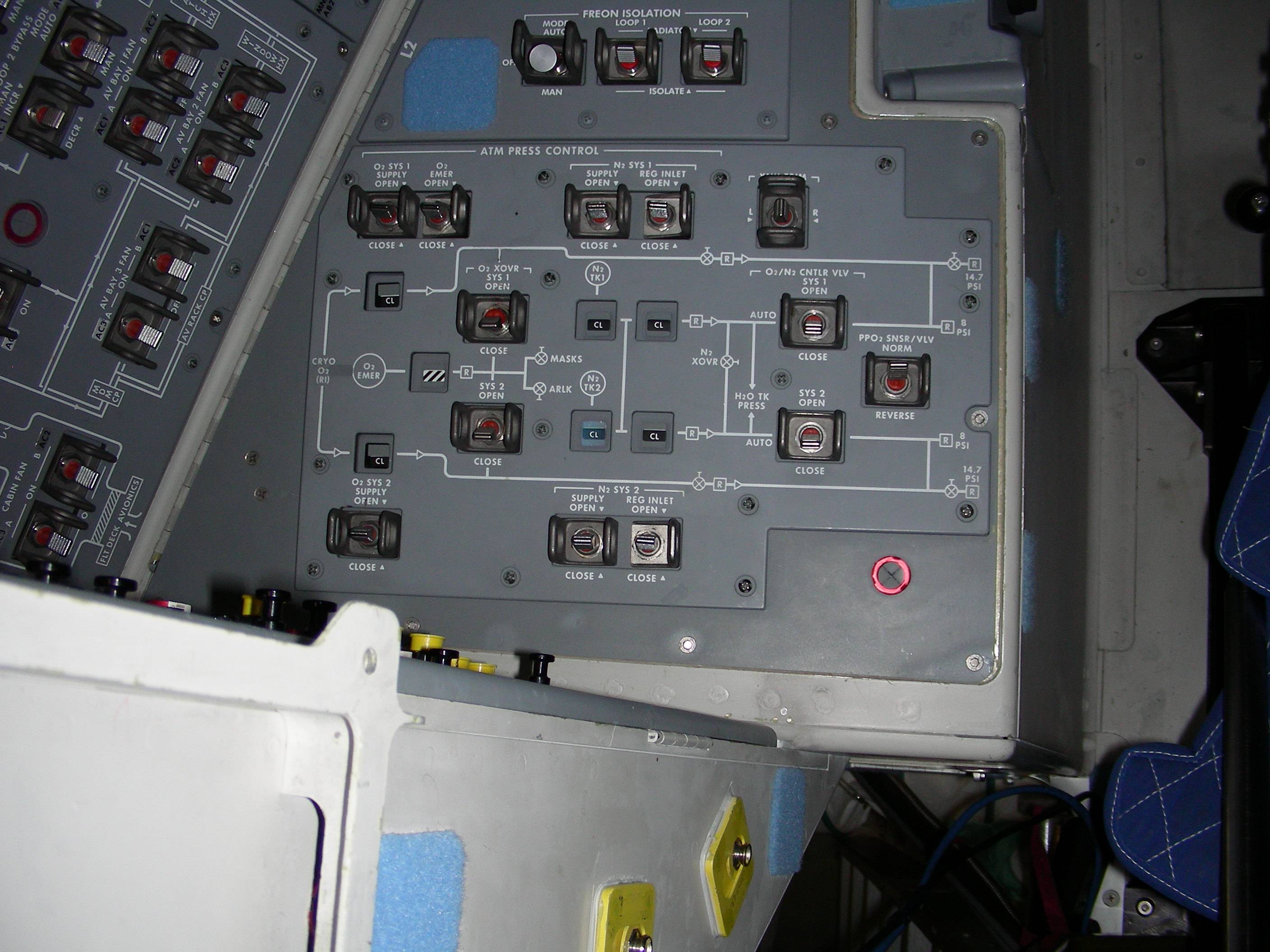 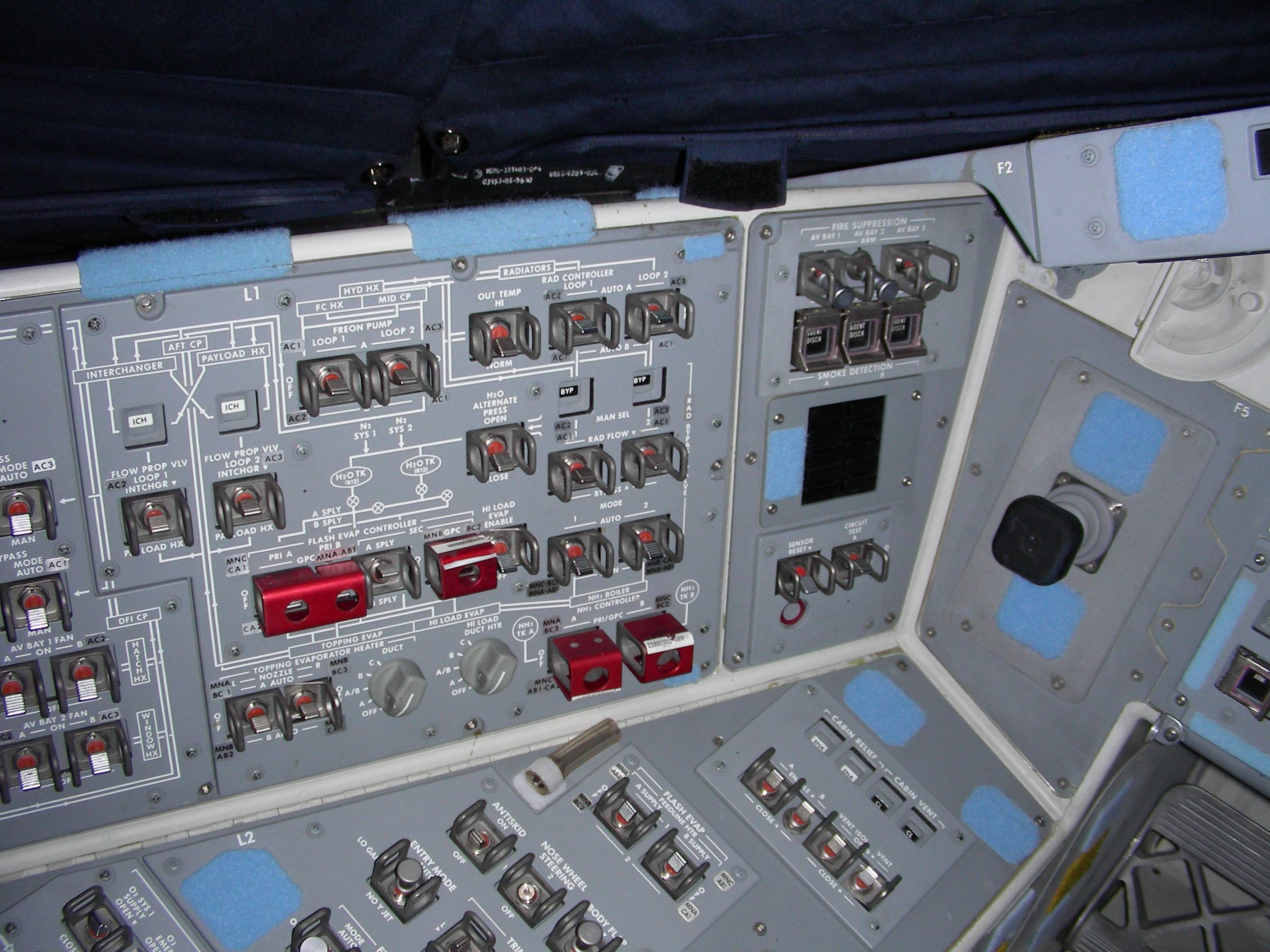 Not the answer you're looking for? Browse other questions tagged spacecraft apollo-program communication or ask your own question.

38
Why did Apollo mission numbering skip 2,3,4,5 and 6?
18
How did astronauts traverse from module to module in the Apollo craft?
22
Why did Apollo spacecraft use both AC and DC equipment? Still used in present and future designs?
6
Why such a large observed doppler shift from Apollo 17 orbiting the moon?
8
What does “angle of attack 100%” mean in Apollo abort rules?
3
Did Australian ground stations cover other Apollo missions' first steps?
5
What do the highlighted patterns in the Apollo Flight Plan mean?
32
Did Apollo carry and use WD40?
2
What do these Apollo era terms mean?
4
What was the transmitting power of the Apollo astronauts' PLSS VHF radio transmitters?