Do they assemble the Falcon Heavy on the TEL?

The Falcon 9 stages, by themselves, are usually stored on rotisserie style mounts, that allow the stage to be rotated and worked on easily. That is, if the engineer needs access to the top, instead of bringing a ladder or scaffolding over, and possibly dropping something on the stage, they roll the stage till the components are at the bottom.

Here is the mount, on a the Orbcomm stage, in the factory, with the engine install rig (The double ring of metal) being pulled back. Look just north of the engines, there is an aluminum ring around the stage. 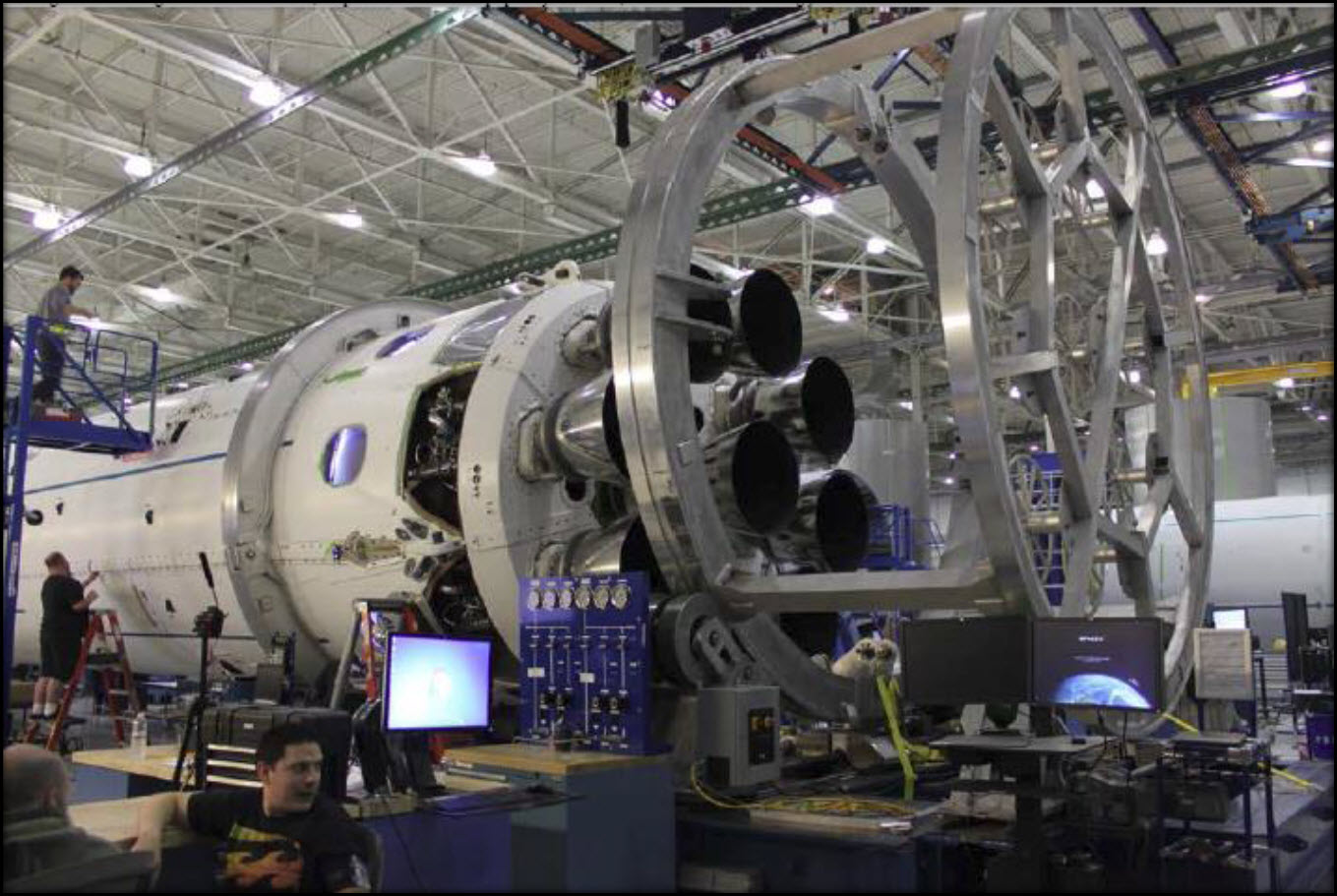 Here you can see three recovered stages with the ring in site and in various states of engine removal.

Here is another recovered stage, where you can see the rings at both ends. 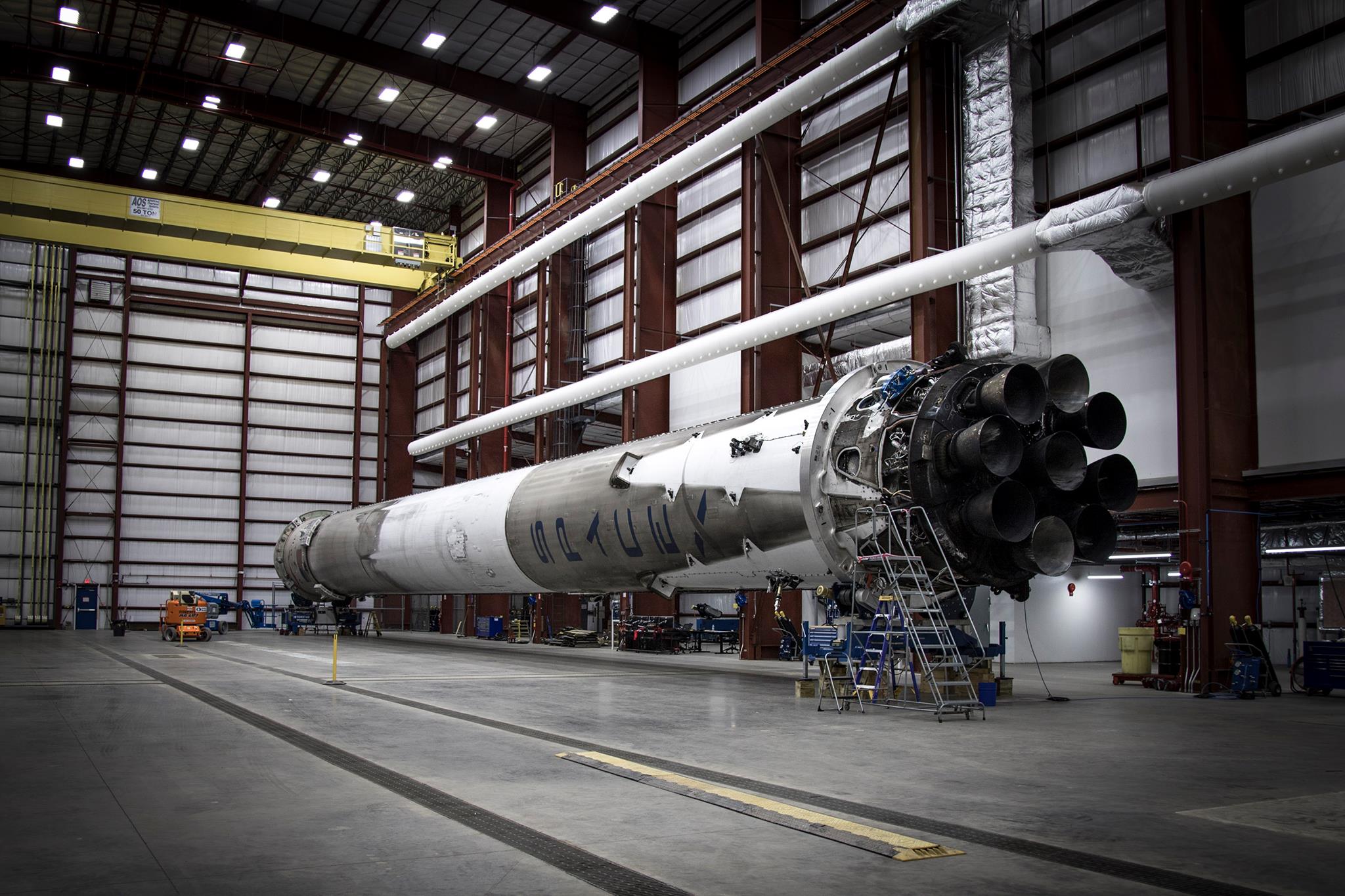 Here is a shot where you can see the ring from above. 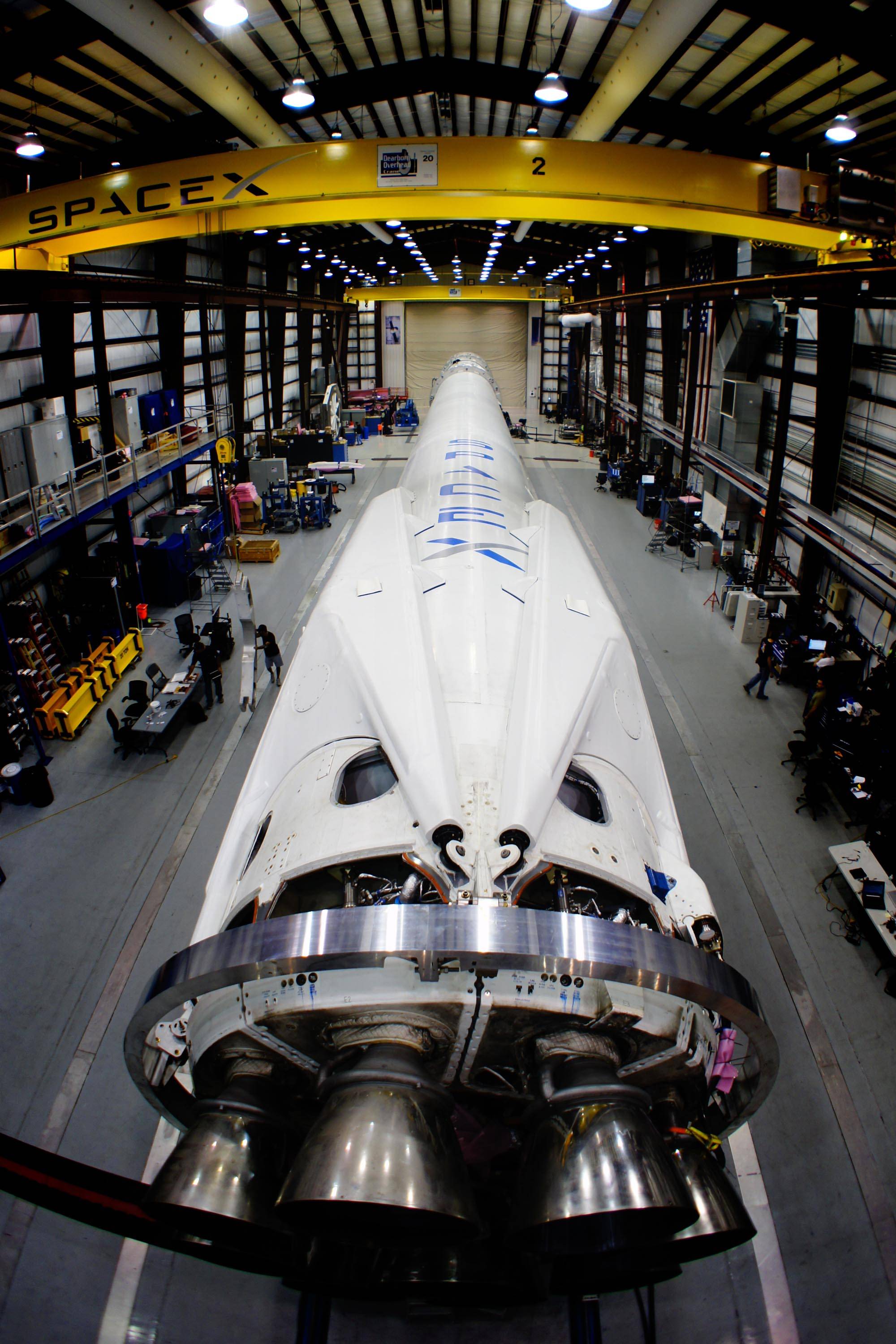 You can see the huge amount of scaffolding they had to deploy for the Shuttle to work in the payload bay, leading to much slower turn around times. 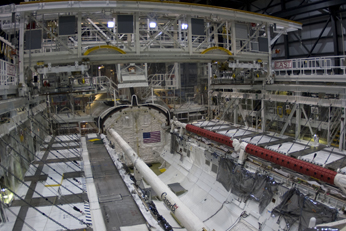 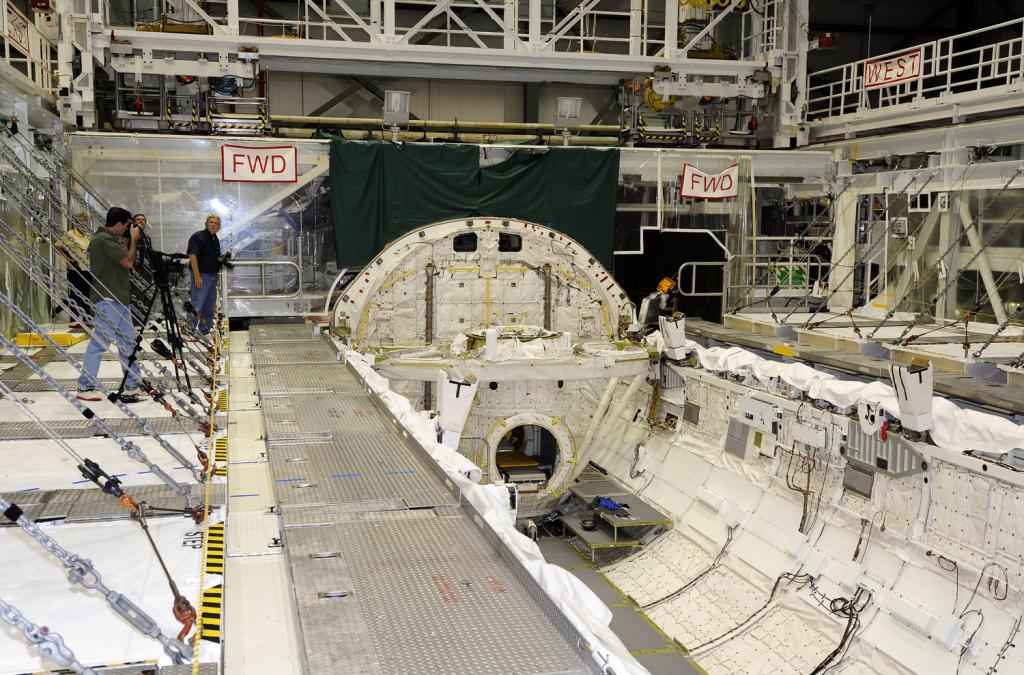 The Saturn V had custom scaffolding in the VAB as well. 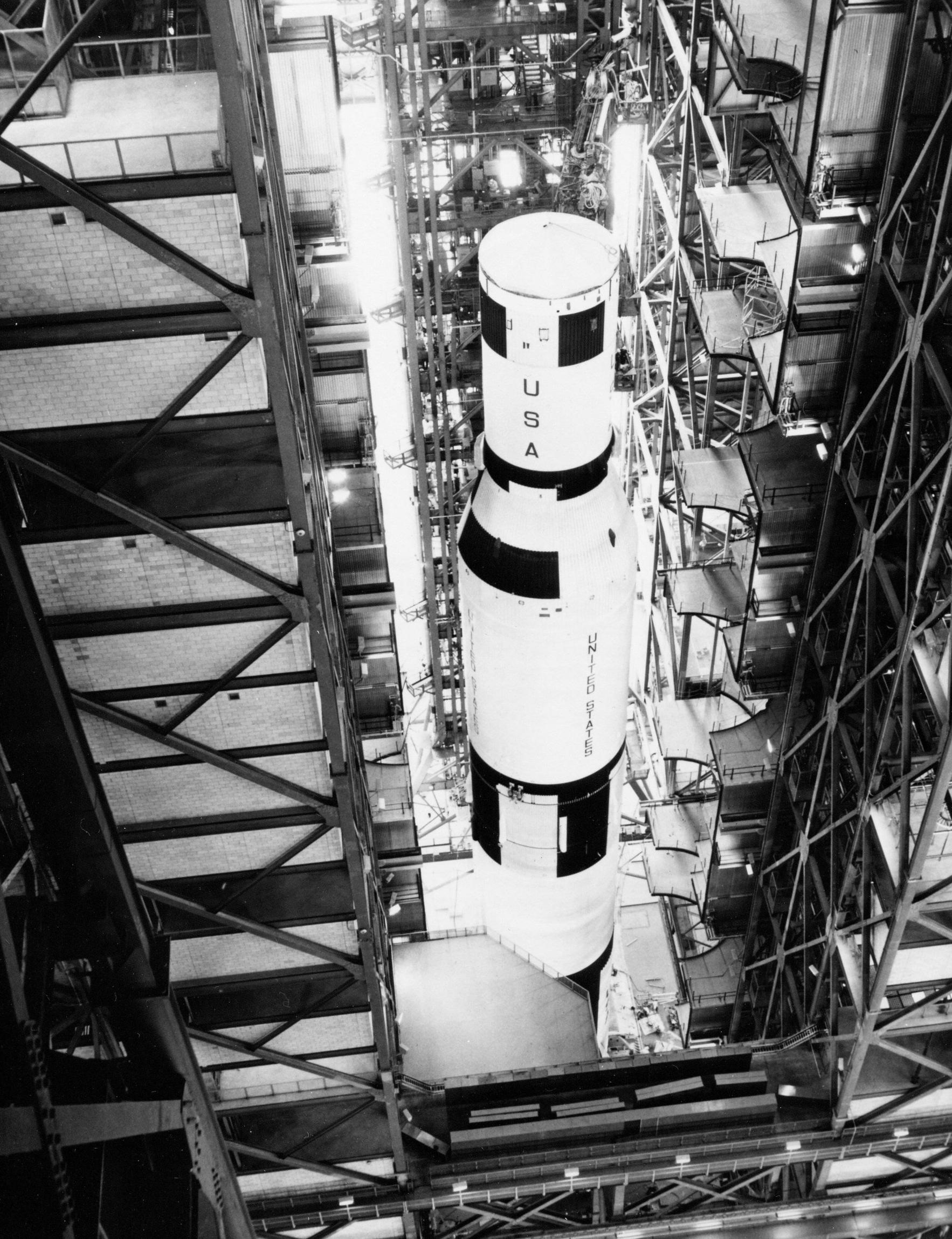 With the Falcon Heavy, at some point they have to attach the three cores. Do they attach the cores on the rotisserie stands, or do they wait, bring in the TEL and assemble them together on the TEL itself?

Elon Musk tweeted photos of the connected cores, in the HIF, and at the same time, the TEL was still reportadly on the launch pad. Since there is but a single TEL it is obviously NOT assembled initially on the TEL.

19
On the Falcon Heavy, why are the side boosters using Ti Grid fins, but not the center core?

5
Was any first stage recovery system tested on SpaceX Falcon 9 flight seven?
2
Falcon Heavy first stage abilities
13
What is the new horizontal test stand at SpaceX's McGregor, TX facility meant to test?
27
Now that they can land a Falcon 9, what will they do with it?
5
What pattern of satellite release will the pentagonal Iridium arrangement use?
9
How can the same upper stage be optimal on a common core booster as well as on a single booster?
19
On the Falcon Heavy, why are the side boosters using Ti Grid fins, but not the center core?
8
How will they lower the landed side boosters after landing, if there is a nose cone?
28
Why the soot pattern on the nosecone of Falcon Heavy side booster?
13
Why did the Falcon Heavy center core fall off the ASDS OCISLY barge?