Cypress PSOC chips in a Cubesat

Unfortunately, at least one experiment: http://www.dtic.mil/get-tr-doc/pdf?AD=ADA616531 showed a PSOC failing immediately in a radiation environment.

However, that article has several problems: 1) it doesn't identify the model of the PSOC (and from the image it appears to be an older board - I can't find any info on it, and the manufacturer of the board no longer has it on their website), 2) they only ran one test on one board before rejecting it, so it's not clear if it was a fluke, and 3) they don't specify whether they shielded the other components on the board, as they did for the MSP430. Finally, the report is now 2 years old, and several new PSOC chips have come out since then.

Several cubesat proposals seem to plan on using PSOC chips, but it is not clear to me if these proposals were ever built or launched. For example:

It's obviously not a rad-hard chip, but neither are the Atmel AVRs, or several other off-the-shelf microcontrollers that have been used successfully in short-duration cubesat missions.

I am wondering if anyone knows of more complete and/or more recent data on how the PSOC, especially the PSOC 4 FAMILY, is likely to behave in a space environment. I would be especially interested in any cases where the chips were actually flown as part of a space mission.

Unfortunately, at least one experiment showed a PSOC failing immediately in a radiation environment.

They probably designed it well, unfortunately failures are still possible. A backup system will support fail-over and continue working.

I am wondering if anyone knows of more complete and/or more recent data on how the PSOC, especially the PSOC 4 FAMILY, is likely to behave in a space environment.

You need to look at the Aerospace webpage for rad-hard chips. Remember that there will be a minimum order and premium pricing when ordering from the manufacturer.

The Cypress Developer Community Forums should be of help.

Once you decide how to proceed find somewhere that sells single quantities.

Specific information about Cypress PSoC usage, extensive testing, and detailed results don't seem to be abundant in the search results - that are any better than the link you provided.

There is quite a bit more information available about the Vorago Technologies' (formerly Silicon Space Tech (SST)) VA10820 ARM Cortex-M0 microcontroller and evaluation boards, the cheapest consumer versions (which undergo less testing) are several hundred dollars from places like Mouser. Expect to pay more than double for better tested boards, and restricted availability.

The articles: "Radiation Hardened System Control Board for CubeSat" (.PDF), "Radiation testing of CMOS devices required for space use" and "Designing a rad-hard CubeSat onboard computer" explains that places like COSMIAC (a University of New Mexico research center), and NASA in their "STP-H5-Radiation Hardened Electronic Memory Experiment (STP-H5 RHEME) - 06.20.18", are using Vorago parts successfully. Their parts are well tested and have excellent immunity to latch-up. 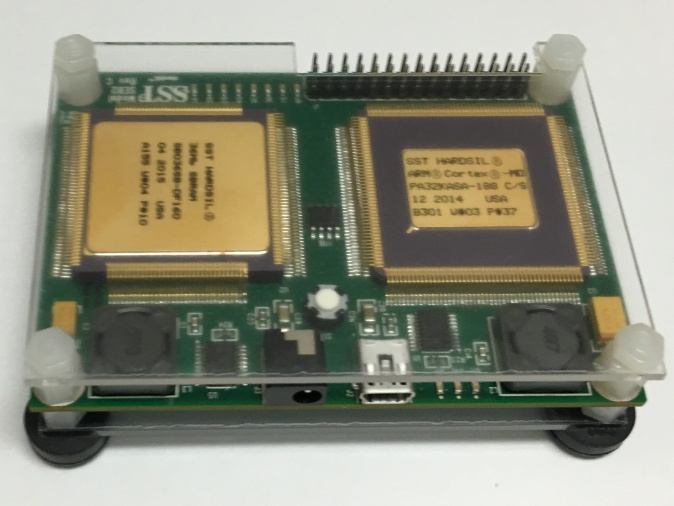 Not the answer you're looking for? Browse other questions tagged radiation cubesat flight-computer or ask your own question.