In an answer to a recent question we see a plan for many space stations as part of a space infrastructure, with a surface-to-low-Earth-orbit reusable shuttle as another part. This shuttle eventually turned into what became the space shuttle. As far as I understand, the initial design specified a cargo bay 12 feet wide and 40 feet long. Due to involvement of the Air Force this was changed to a design with 15 feet width and 60 feet length.

Looking at the modules of the ISS we see that many modules have a diameter of 4 meter or more (12 feet = ~3.6 meter). Also many modules where launched by the space shuttle.

Assuming the smaller shuttle with a smaller cargo bay would have been built and used, I guess space station modules with a maximal diameter of 12 feet would have been kind of an issue (think of this image but with 1 meter less space).

Would have these planned stations be built in the same way the ISS was built, by sending up -smaller- modules with a shuttle to be linked in space, or by sending smaller parts (walls) with a shuttle? Or were there other means of getting these stations up planned?

A mix of manned shuttle missions and unmanned boosters carrying larger modules. They planned to use Saturn Vs to launch pre-assembled stations (like Skylab) and have the shuttles bring up experiment and logistics modules. 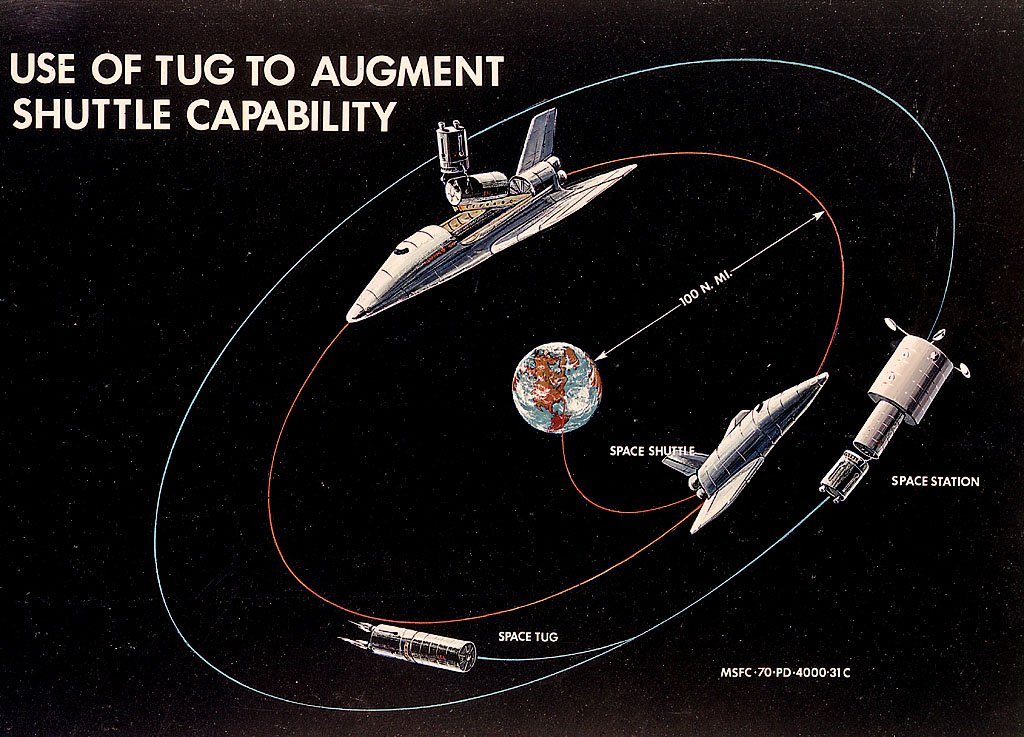 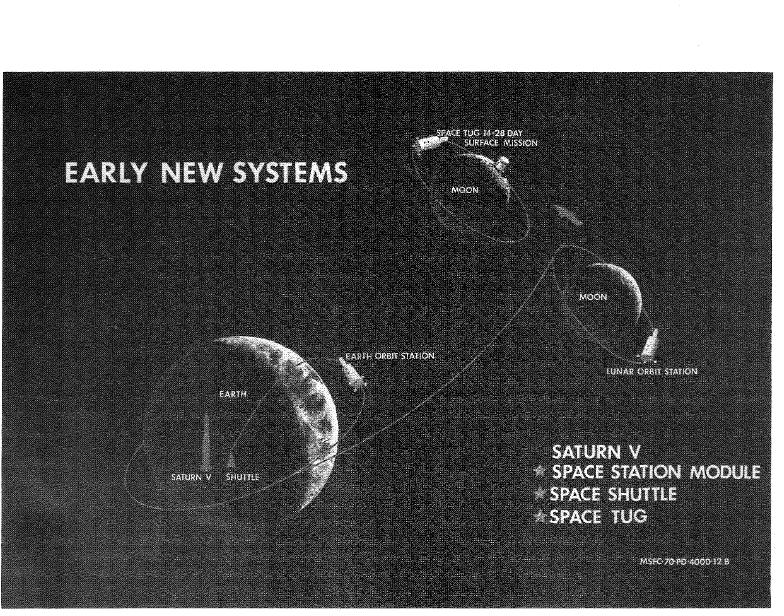 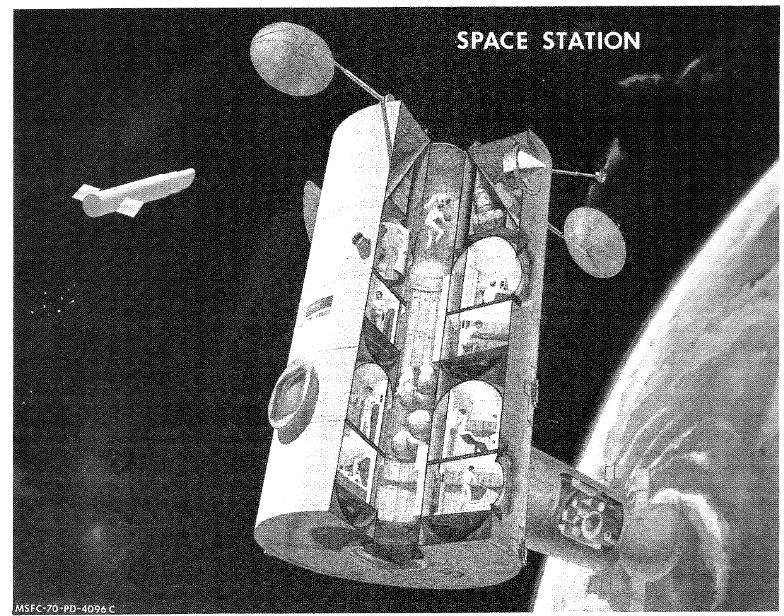 This whole report is available here but the illustrations are poorly reproduced in black-and-white.

Prior to the Shuttle approach, there were really two modes of station building.

Skylab first, which used a Saturn-IVB third stage outfitted before launch, and was basically all done in a single launch. (Dry workshop. Wet workshop idea was launch it full of fuel with a big payload and have the stuff submerged in the fuel/oxidizer).

Salyut/Mir second, used a module approach, but the key technology was a maneuvering system, small enough to attach to a module, that did not detract from the total payload. For Pirs/Poisk at ISS this was a modified Progress. Proton launched modules had their own maneuvering systems.

Had the shuttle payload bay not been big enough, no doubt big modules would have been launched on a Titan or Atlas and maneuvered to dock. Or else Shuttle-C style approaches where a singular large payload would be delivered.

Other way to think: The modules were designed to fit into the shuttle - had it been smaller, the modules itself would probably been designed smaller (so still to fit the shuttle) - perhaps limiting its use, but had the shuttle been larger, I'd bet my money the modules (at least some of them) might even been larger...

Not the answer you're looking for? Browse other questions tagged space-shuttle space-station orbital-assembly or ask your own question.

21
Cost-effective Space Shuttle: was it feasible?

16
What would the Δv cost of bringing the space shuttle external tank to orbit be?
8
Does NASA have a space tug project to bring a habitable module to the ISS?
14
Is there an upper limit for the internal size of space stations?
8
Why is Bigelow BA330 expandable instead of fitting fairings?
17
Could the space shuttle be permanently left in orbit as a space station?
11
Largest inhabitable volume in space
6
How many times has a spacecraft docked with two or more different space stations during a single mission?
8
What is the current state of commercial space stations?
6
How was the Space Shuttle boat tail transported back to the west coast?