Why does the eccentricity of Venus's (and other) orbits as reported by Horizons vary based on the frame origin and basis?

I did try to think this through before posting, but I am going to need some explanation. In my (perhaps naïve) view, an ellipse will have the same eccentricity no matter what frame it is in. In Horizons, if you ask for elements for Venus on 2018-1-3 00:00 TDB, if you set the origin to 500@0 (solar system barycenter) you get:

This is confusing to me. Changing the reference frame doesn't change the focus or center of the ellipse - I should be able to set the coordinate origin to anything in the universe and still see an ellipse with a particular singular eccentricity so long as the frame remains Euclidean. Thanks!

State vectors ($x, y, z, v_x, v_y, v_z$) are the real output of the ephemeris for the planets and moons, and the orbit propagators for the minor bodies and spacecraft that Horizons provides. What you are looking at are Osculating Orbital Elements, which are the instantaneous values of a hypothetical, elliptical orbit that would be tangent to the real orbit at that moment in time. Every new line in the osculating elements table is a totally different hypothetical orbit that is perfectly tangent to the real orbit at that moment only.

An excellent clue to this would be the fact that every point in time has new values for all of the orbital elements. If these were fixed, elliptical orbits instead of instantaneous osculating elements, the numbers would not have to be recalculated for each point in time. 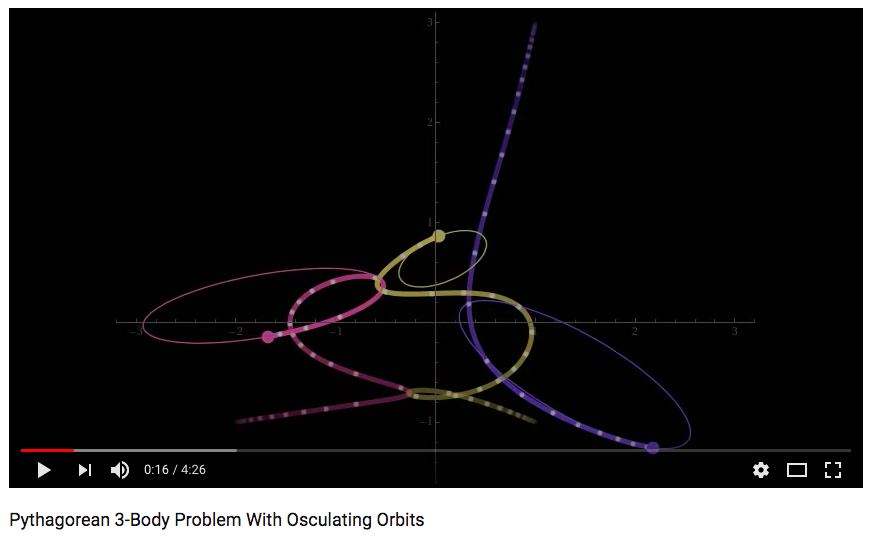 No solar system orbit is perfectly elliptical because of the mutual gravitational attraction between all bodies, including central and tidal forces. However, for the period of one year, Venus' orbit around the Sun itself is much closer to elliptical than is it's path around the solar system barycenter. Over years, the Sun slowly moves around by a few hundred thousand kilometers in response to the motion of the large outer planets Jupiter, Saturn, Uranus and Neptune. However, the inner planets keep fairly close to Kelperian orbits around the Sun wherever it happens to be at the time.

Here is the setup I used to extract daily osculating elements for Venus around first the Sun (body centered) and then the solar system barycenter.

I've also included the Python script that made the plot, so you can check how it's done. 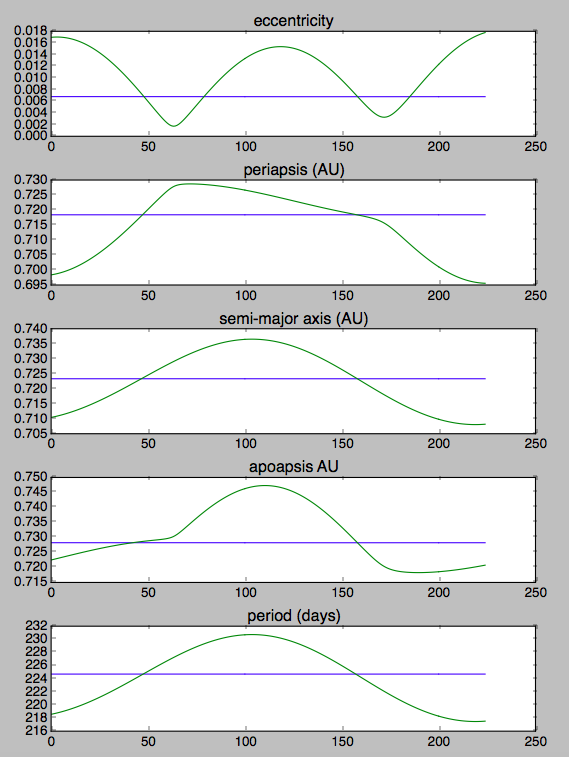 Not the answer you're looking for? Browse other questions tagged orbital-elements or ask your own question.

15
Why is the sidereal period of the Earth 362.392667 days?
9
How to calculate the planets and moons beyond Newtons's gravitational force?
18
Nuances of the terms (mean / osculating / Keplerian / orbital) elements
6
Calculating the planets and moons based on Newtons's gravitational force
4
"Pythagorean Three Body Problem" - need some points from an accurate solution for comparison