On F9 flight 6, the first demo of the V1.1 configuration, the putative rationale for the extra second stage burn was to demonstrate relight capabilities for Geosync, and really, any orbit that requires more than one burn to achieve.

But one thing Elon Musk said in his press conference after the flight has me wondering. (I cannot find a link to a transcript).

He described the burn they attempted on the second stage as "sideways".

If they were really trying to demo relight for a GeoSync launch profile, you would expect a more representative burn attempt, which would be generally to a higher orbit, and probably not described as sideways.

But if they were going to take a shot at de-orbiting the second stage, just to get some data on it, a sideways burn to slow down would make some sense.

This was a demonstration of the restart capability of the engine. To verify this, the direction of the burn effectively does not matter - you just want to measure how much the orbit changed and gather telemetry from the engine. In fact, a GTO-like burn would have (if successful) put apogee much higher, and thus extended the decay time for the engine. This would have been irresponsible and dangerous, as SpaceX obviously recognized the risk of failure, and the worst case scenario - an upper stage with full fuel tanks in a high orbit - would've been quite a bad situation.

The "sideways" burn likely refers to a burn vector that is out of the orbital plane - in the cross-track direction (see below). This type of burn has the effect of just changing the inclination and/or the node of the orbit. It's about as close to a no-op as you can get while still performing a burn - it doesn't add or remove any energy from the orbit (of course, it was a no-op anyway, since it failed). 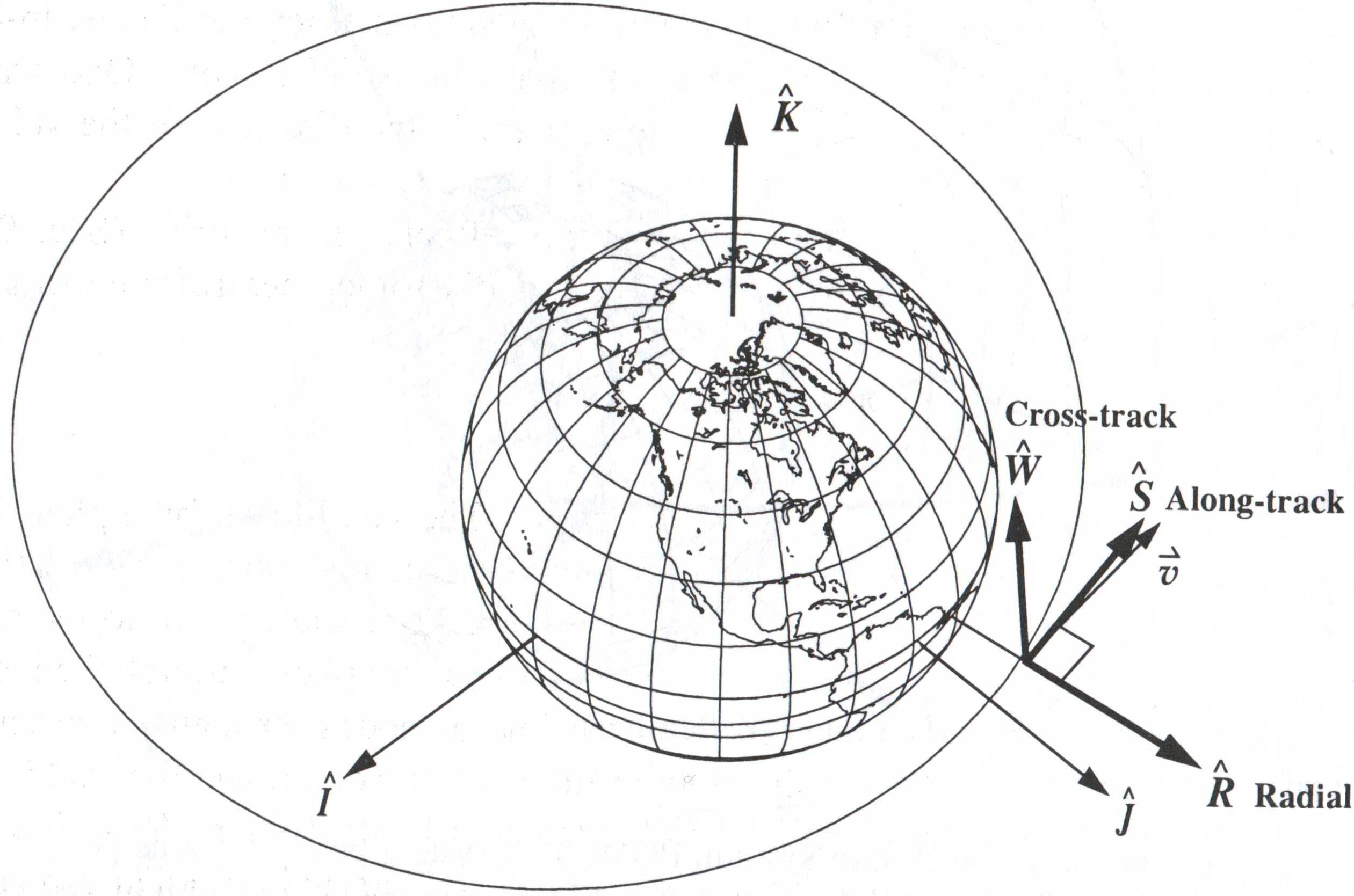 I do not know why they didn't choose to burn to lower their orbit - possibly just because they didn't want to decay that quickly (i.e. they wanted a little more time on orbit to check things out). Then again, there's quite a bit we don't know about this launch.

Not the answer you're looking for? Browse other questions tagged orbital-maneuver spacex falcon-9 reuse or ask your own question.

6
Was any first stage recovery system tested on SpaceX Falcon 9 flight seven?
11
Falcon 9 second stage impact on first stage trajectory
21
How does SpaceX plan to achieve reusability of the Falcon 9 *second* stage?
9
Is it possible the Falcon Heavy Demo flight could be done with three previously flown boosters?
10
Why did the returning F9 first stage generate a triple sonic boom?
5
When SpaceX hot fired the previously used ORBCOMM OG2 first stage, why did they suddenly switch from LC-39A to LC-40?
9
How many engine firings can a SpaceX Falcon handle?
6
Do each of the fairing halves now use thrusters post-deployment? How does that work?
6
Why can't SpaceX Starship perform the same landing procedure as the Falcon 9 does?
6
What are the challenges in recovering Falcon 9's second stage this way?