caption: Artwork: Manufacturer SSTL calls it Carbonite-2, but Earth-i refers to the satellite as VividX2 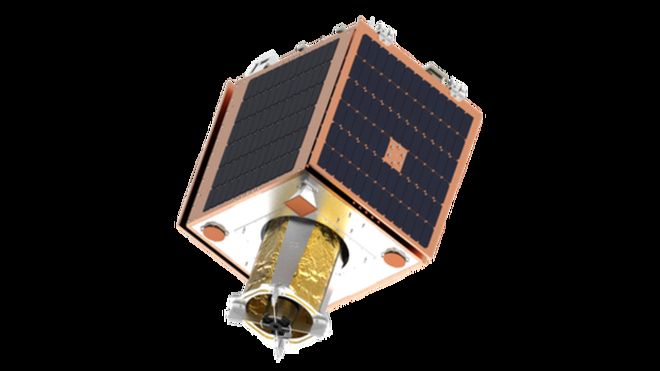 According to Gunter's Space Page it has a 25 centimeter aperture and at about 500 km altitude should have a ground resolution of about 1.5 meters. However, according to the BBC article:

"We can collect up to 50 frames per second which is a lot of information," explained Earth-i CEO Richard Blain.

"That allows us to stack the individual images and increase our effective resolution, achieving somewhere around 65cm to 75cm," he told BBC News.

How would a high video frame rate improve ground resolution to 65 centimeters for a ten-inch telescope at 500 km?

I have heard of techniques such as "lucky imaging" (it's a real thing) but this is usually to combat atmospheric seeing effects, not the diffraction limit. Also, this excellent answer points out that atmospheric effects are much less important looking down at the surface than looking up from the surface for apertures well below 2 meters, confirmed by this answer as well.

So here, I don't understand how the high frame rate can have such a profound effect so as to push well beyond the Airy Disk diffraction limit of say $1.22 \lambda / D$ which would be about 2.7E-06 radians, or 1.36 meters at a 505 km closest approach (assuming a 550nm central wavelength).

There are other techniques to push beyond this limit, such as Aperture Mask Interferometry as described in this answer, but that wouldn't be related to high frame rate.

The technique is known as "Super Resolution". Basically this involves a few steps, which the general outline is as follows: 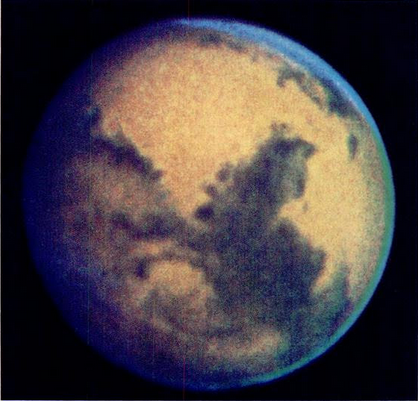 To give a bit better example of how super resolution is used, take a look at this site. Image not included because I'm not sure of the copyright, but it shows that you can add multiple images together to get a reasonable image out. You need to have at least the same number of pixels of data to get a reasonable output, so to double the resolution, you would need at least 4-5 images. With 50 images per second, it seems reasonable that they could achieve the indicated resolution, albeit not as good as a single image would be with a larger telescope.

Not the answer you're looking for? Browse other questions tagged artificial-satellite imaging space-telescope reconnaissance-satellite or ask your own question.

23
Could a spy satellite in orbit be recommissioned to do astronomy?
11
Are satellites able to stream real-time videos about certain parts of Earth's surface?
7
Atmospheric influences on earth to satellite visibility and vice versa (e.g. atmospheric seeing)
5
Hovering Carbonite! Why do these satellite videos of Earth appear to be made from a geostationary location?
3
Hyperspectral Imaging from Low Earth Orbit

4
Why is part of this New Horizon's Charon high resolution image missing?
8
Could a spy satellite image another satellite?
2
What makes Gaofen-4 “the most powerful GEO spy satellite”?
7
Blue region in satellite image
8
Any news about the Mars-3 landing site since early 2013?
3
How can ICEYE-X1 capture 2D high resolution SAR images in “tens of seconds”?
5
Hovering Carbonite! Why do these satellite videos of Earth appear to be made from a geostationary location?
6
Comparison of Lunar Orbiters image resolution after 4 decades?
7
Can we make super-massive Telescopes to image exoplanets?
11
What was the average temperature of space near the Spitzer Satellite Telescope?