These are screen shots from a video of (link broken, this will have to do for now) the Assignment Earth episode of Star Trek (TOS). It was filmed in January 1968. I would assume that the image shown on the screen is NASA file footage, and that this would be somewhere in Florida.

Are all of these of LC-39? Is it clear which pad(s)? Is there any chance one can tell which mission these might be of? 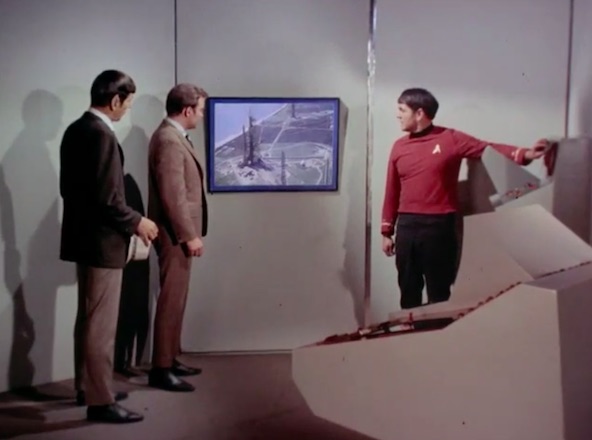 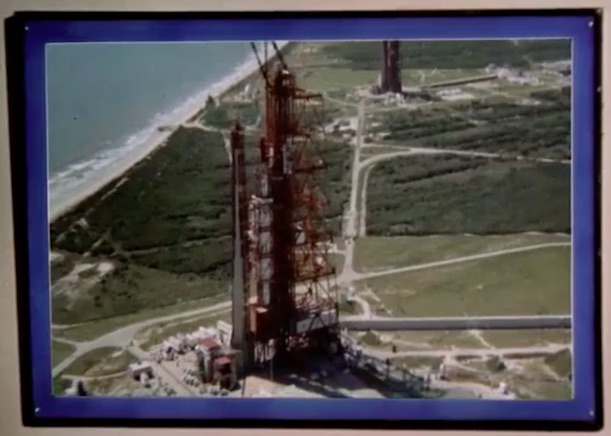 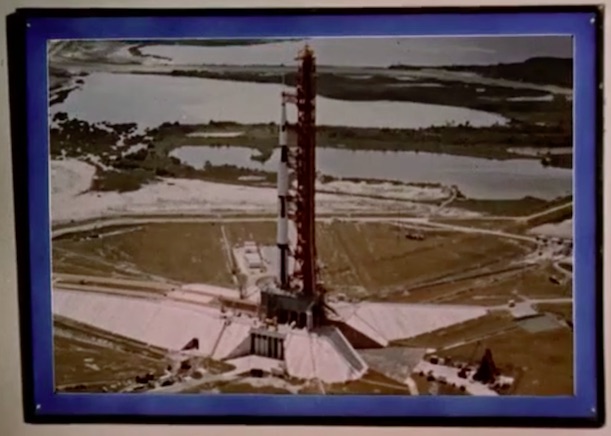 This is a Saturn V! Although from which mission I'm a bit uncertain of. Note however in the first two images, the photos have been stretched vertically by an incredible proportion, making the vehicle look preposterously tall.

Given this episode was filmed in January 1968, this places some upper bounds on what specific vehicle we're seeing here. It's either:

All five of these vehicles were erected on LC-39A specifically.

The unofficial Star Trek wiki has this to say about the episode:

17
Why is this Planet Labs video wobbly?
5
What 1960s era launch pad and vehicle is shown in this still from stock footage?

13
What are the rectangular wires around Atlas V launch site?
3
Relation between Orbital Inclination and launch site?
5
Identify this rocket and launch site from Gilligan's Island episode?
2
Identify this astronaut and shuttle mission
11
Can you help me identify this vehicle outside the VAB?
22
Identify these mission photos
3
Identify this Mars helicopter prototype and when and where it was built and tested?
5
What 1960s era launch pad and vehicle is shown in this still from stock footage?