How might one approach using AI (convolutional neural network) to predict collisions in orbit?

If I understand correctly, searches for and predictions of potential collisions (such as SOCRATES for example) are done by raw number crunching, propagation of all known objects with something like SGP4 combined with some basic algorithms that only scrutinize pairs of objects with some possibility of intersecting orbits. One might not compute distance of closest approach between a pair of circular orbits if one were GEO and the other MEO for example.

How might one apply a CNN to this problem? Plausible speculation is welcome, as this is a somewhat new approach.

edit: I've found a short but interesting introduction to the problem (see page 6 for a flow chart), but I don't think it's meant to be a complete description of the technique.

below: plot from the CNN article. 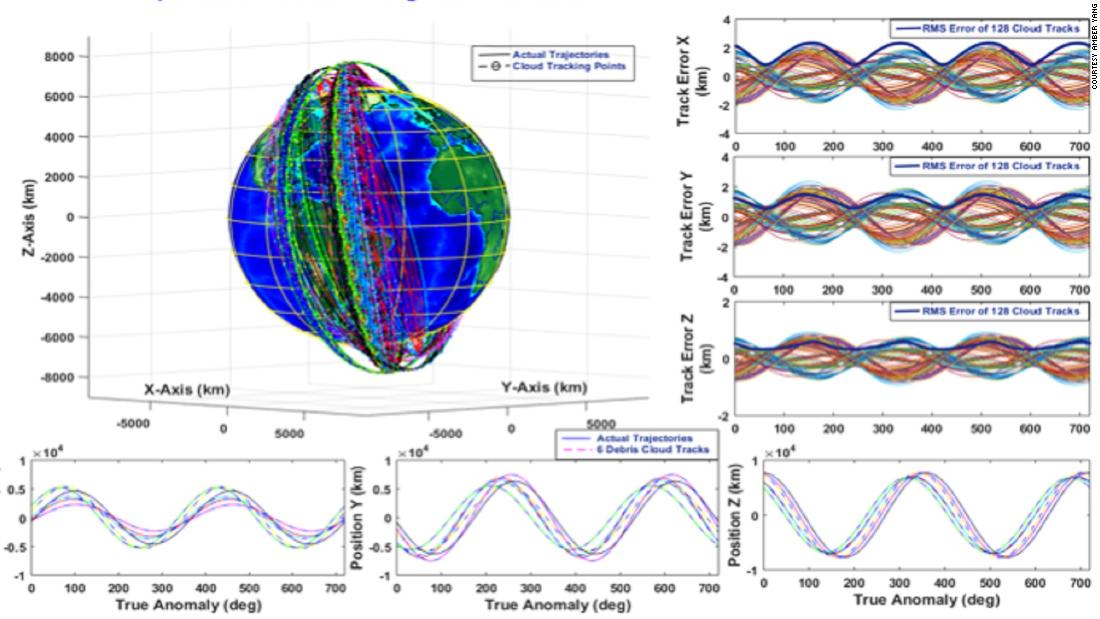 Good video, if you are short of time, watch the last two minutes at least!

As a data scientist with an interest in space stuff, I am well positioned to give an answer this question. I must confess I don't understand fully what is going on in this system from just the lecture slides, so my answer will be more of an educated guess.

At first glance it doesn't really make sense to use a neural network here. The sort of problems that neural networks are amenable to solve tend to be rather soft and fuzzy (both in the mathematical sense and the is-this-picture-a-cat? sense). Physics simulation problems have well-defined rules, and the best way of solving them is usually through good old fashioned brute-force simulation.

What I think is happening here is that the neural net training is being used to create a statistical object, a sort of probability distribution. One way of thinking about neural networks, is that they're acting as a form of data compression. By training a neural net on something, you are essentially fitting a complicated multidimensional curve made of hundreds of parameters onto data that could contain millions of points. (In a way, humans do this too. We take a kaleidoscopic variety of individual experiences and make sense of them through a relatively small number of rules of thumb, which we then use to guide decisions in future events that are unlikely to be exactly the same as a previous event).

The key slide from her presentation is this one: 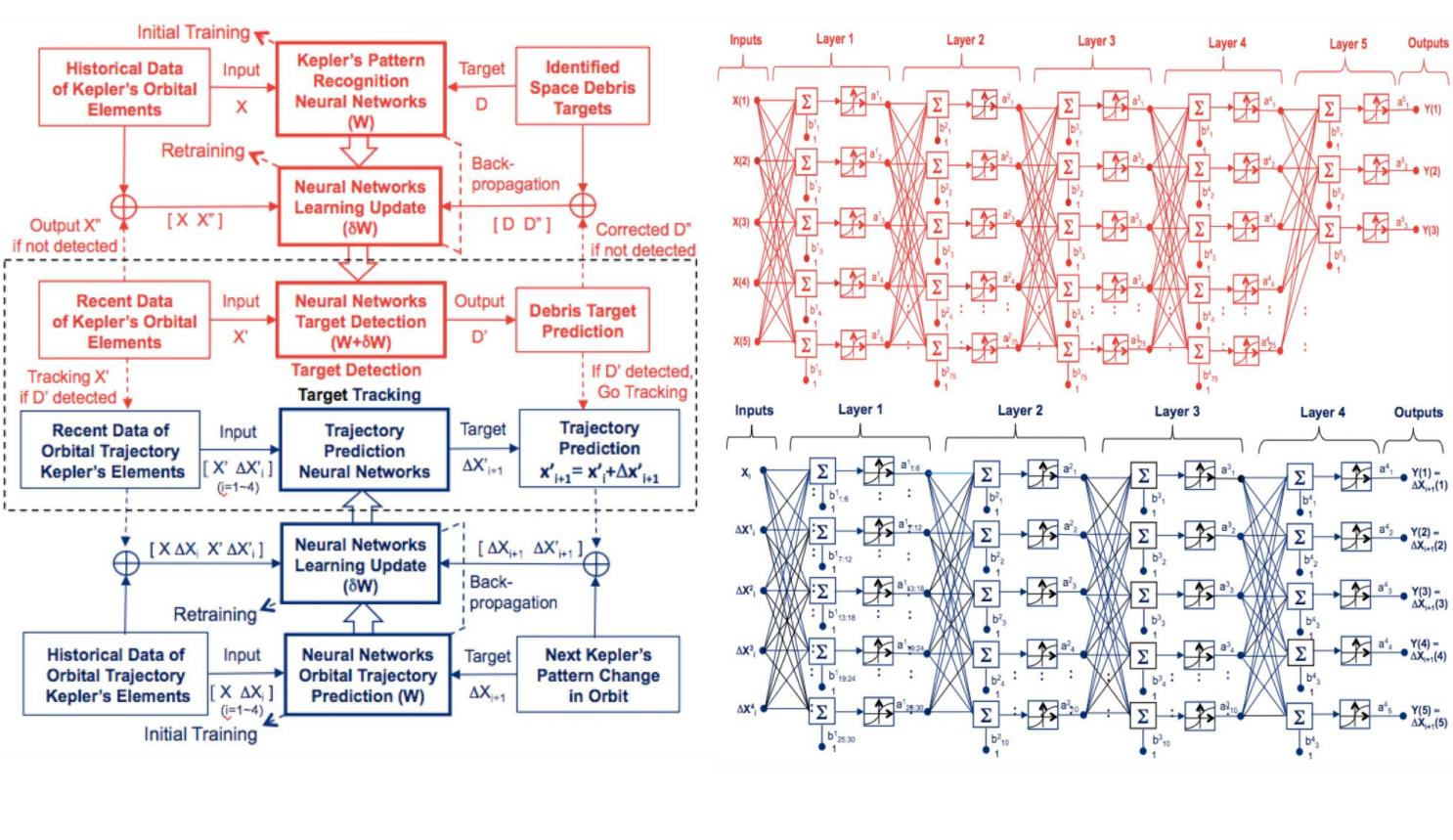 (You'll probably need to enlarge it to see better, the original wasn't that good)

From what I can gather from this diagram, there are two neural networks with two different functions. The diagram on the left looks to be some kind of control systems state diagram of the type roboticists use. The red neural net takes in 5 orbital parameters (the ones needed to define the orbit, but not where the object is in the orbit). It's not clear to me what the three output parameters (Y(1),Y(2),Y(3)) are, they don't seem to appear anywhere else.

The blue neural network appears to act in a similar fashion to an extended Kalman filter, in the sense that the predictions of the red neural network are being continually updated by new data of the tracked objects as their orbits naturally shift from their keplerian ideals. By training the neural network on these updates, it sort of learns a 'sense' of how the object's orbits tend to change over time.

That's about all I can extract from the diagram. Considering this is a proprietary system, I doubt there'll be much more than that.

I do question the usefulness of using convolutional neural nets. They are used for situations where the individual columns of data are related spatially - like points on a grid. You mainly see them with image-processing neural nets, but they can do other stuff, like generating terrain from drawn lines. There are only 5 input parameters in both of the neural networks shown in the talk, and they represent different concepts, so I fail to see how CNNs can help here.

Not the answer you're looking for? Browse other questions tagged orbital-mechanics impact simulation collision-avoidance or ask your own question.

8
How can I predict what an object's orbital state vectors will be in the future?
7
How useful is the Interplanetary Transport Network?
6
How can you predict an orbit, based on an initial position and an initial direction vector?
2
How to calculate the trajectory needed to enter geostationary orbit?
8
How can debris from an impact escape to a stable orbit?
2
How predictable is one asteroid's trajectory?
6
How to determine an orbit of a satellite for a collision detection?
4
Range of travel time between particular planets using the Interplanetary Transport Network/Interplanetary Superhighway?