Would a hex-cluster of SpaceX boosters around a central booster lift a large payload into space?

I'm sure it's possible, but would it be wise to place a hex-cluster of SpaceX boosters around a central booster to get a very large payload, or one going to a very high orbit, into space? Maybe even to the extent of the central booster staying in orbit with a payload, like a personnel/supply capsule, that will later deorbit?

Anybody heard of any concepts, designs, plans or rumors regarding this idea?

First issue is that even though Falcon Heavy is claimed to have a max payload of 50,000+ lbs to LEO, it turns out the payload adapter is much more limited, with two models, the bigger limited to 24,000 lbs range. 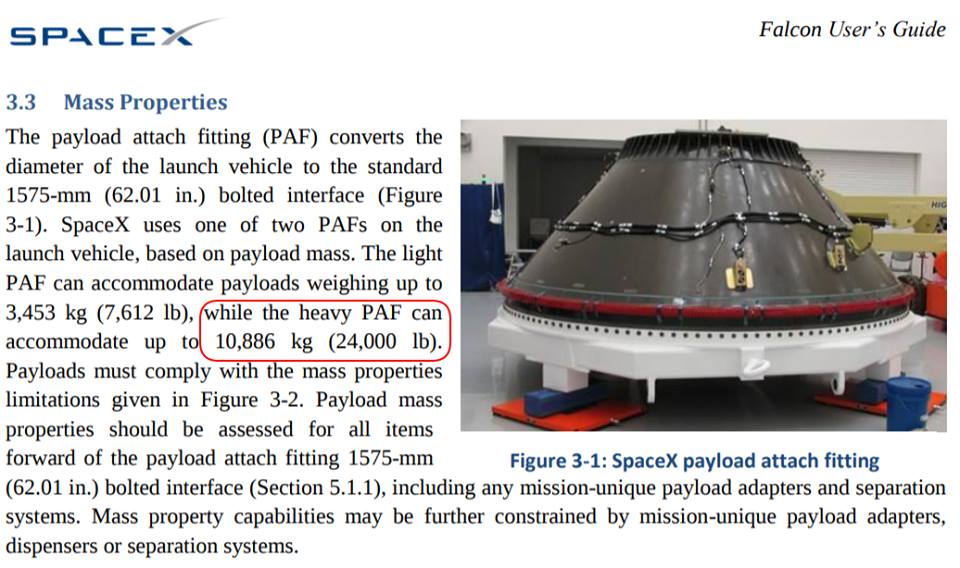 Second issue is that the fairing is volume limited, today, and increasing the payload would not help, since the density is usually not high enough to max out the mass allowed, before hitting volume limits.

Of course, if you are developing an asparagus booster as suggested, a new payload adapter or new fairing seem like likely developments.

However the fairing is tricky as it is already a hammerhead fairing, with a diameter of about 5m, and the core stage being 3m or so. Thus it already overhangs 1m on either side. It would be tricky to make it very much larger.

Length wise the booster is almost entirely maxed out in terms of bending and aerodynamic stability. Thus a bigger fairing is tricky with the current core stages, which your suggestion would be to keep in service, just more per launch.

Third, the current method of assembling and managing and launching the booster is designed to work in a flat layout. This would require much ground support equipment changes. Again, if needed, changes can be made.

However the real question seems to be, is SpaceX looking into any of these options, and there the answer is a clear "No". As Elon discussed at the IAC in 2017, they plan on replacing everything with BFR/BFS as a way of funding their Mars program.

I.e. They will launch satellites, ISS cargo and crew missions on BFR/BFS and use funding from those missions to help fund the development of the booster and ship.

Not the answer you're looking for? Browse other questions tagged launch spacex design booster or ask your own question.

6
Are there any space vehicles in which it would be possible to launch yourself into space on your own?
76
Is the SpaceX Falcon Heavy payload (a Tesla car) space junk?