Has anyone considered using multiple rockets to lift a single payload?

I mean something like Kerbal Space Program style - payload between 2 parallel rockets e.g. 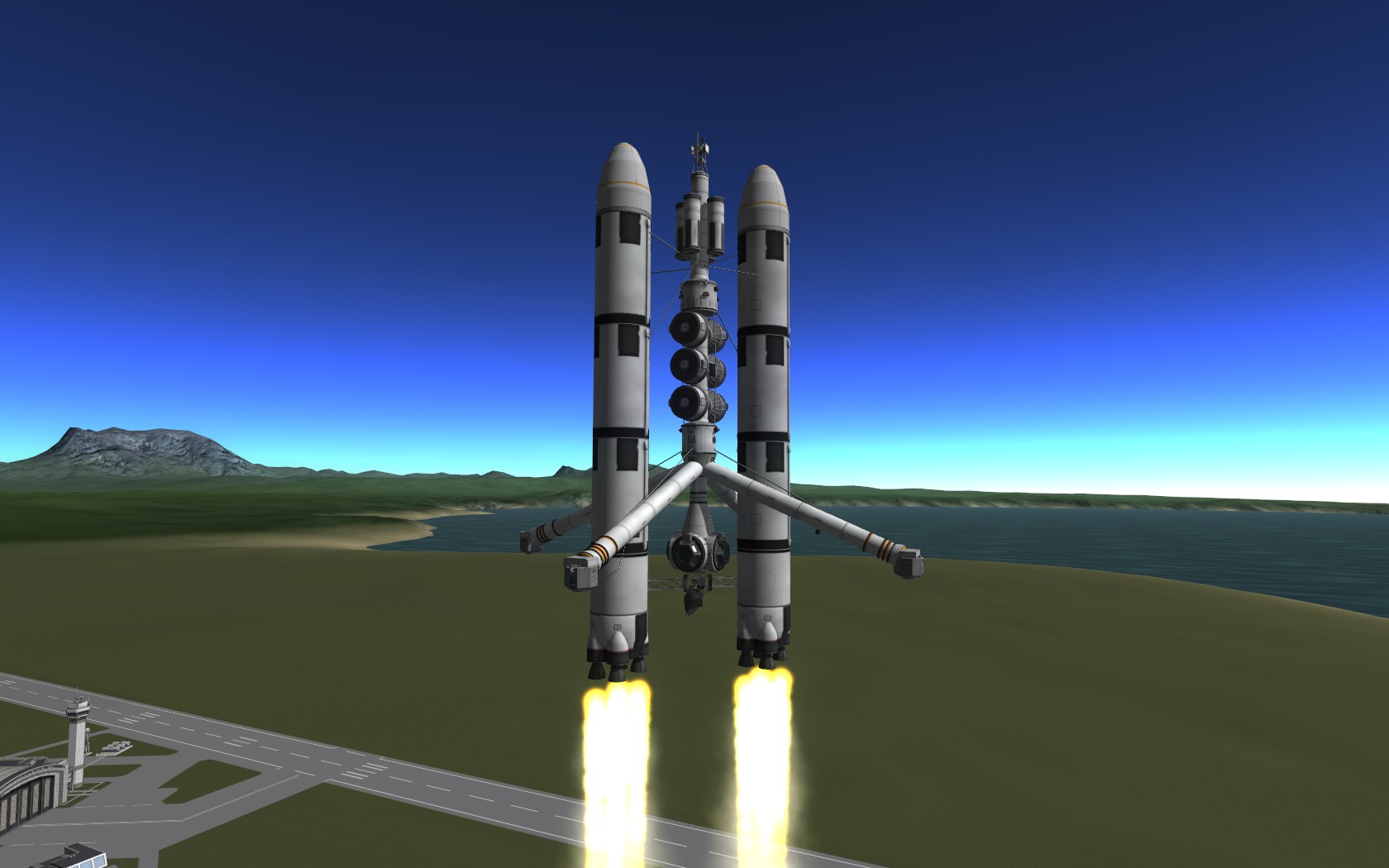 I imagine such a payload between 2 Falcon 9 or Proton M rockets e.g.

I know this will have issues judging on Falcon heavy where they combined 3 boosters that are separately tested and needed years of tests to make it work, but is it feasible and has anyone considered something like that?

edit: I know the Kerbal example won't work in real life, my point is instead of developing new super heavy lifting vehicles can't we just use few of our reliable rockets to go to the Moon or Mars.

Apart from edge cases like the Space Shuttle or the Titan III series (where the SRM boosters fire at launch and the core stage ignites later; you could consider the core stage to be "payload" slung between two rockets), I don't think it's been done. There's no particular reason it can't work.

Your Kerbal example won't work because it's not aerodynamic, of course.

There would be a weight penalty relative to a single-stick launcher of equivalent capability; you need inert nose cones on each stick, the payload module needs a tail cone to reduce drag, and a more complex structure to properly distribute load to the sticks. The launch pad needs to be designed to accommodate the launcher.

Technically, it's possible. But it's very hard and not worth it.

It's very important for rockets to have their center of mass (COM) exactly in the center. If it isn't, you rocket is going to get off course. This means the payload has to be in the middle a weird adapter (like in your image) so you do not have to add weight to the other rockets to counter-balance the COM. But that structure holding the payload in the middle weighs a lot too.

And, it's very complex. For example, three rockets strapped together are much more complex to control. Because they are so close to each other, there's a lot of vibrations. And there's a weird gap in the middle of a couple of rockets which could lead to problems. For example when the boosters are expanding or shrinking or when air gets too dense. And don't forget, each rocket has a chance of failing. If one rocket of three rockets strapped together fails, the entire launch failed. The chance of the launch failing from failed engines gets much bigger. So reliability is pretty bad.

Seperation of stages is also difficult. The engine shutdown and stage separation of all the rocket boosters has to occur at the exact same time, or the rocket is flying of course. If one of the engines is stil on, you've got a problem.

That doesn't mean we haven't tried, though: look at this rocket. Sadly, it exploded and never flew again.

Something similar, the parallel staging is possible if you do it right. There is the R-7 rocket family, a very sucessful rocket used over many decades. It used a central core stage and four boosters, all equipped with the same type of engine. It was used for the first satellite in orbit and the first man in space. It is still used today for the transport of astronauts to the ISS.

The boosters should be very close and symmetrically mounted to the core stage like in this picture. Each booster and the central core stage has its own nose cone, a very simple design with a good aerodynamic shape.

Yes, launching a single payload using several rockets in one launch has been considered. However, those who considered the designs below might have needed checks regarding their sanity.

The third concept here, the Saturn V-XU, is four Saturn V two-stage rockets under a single payload - weighing in at 527,600kg to a 486km LEO... Each vehicle isn't your standard old moon rocket, and would have features more powerful F-1A first stage engines on 12.65-metre stretched S-IC stages. In Kerbal terms, this is Jeb's daily drive.

Another example would be the OTRAG launchers: 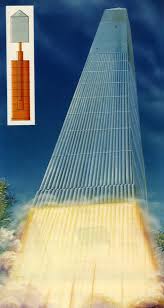 This picture is about as ridiculous as they get, but you can see that the vehicle is essentially several common modules linked together under one payload. Literally 'dial-a-rocket.'

In all honesty it's probably not the best way of doing things, since we don't see these used in the real world. Clustering several small existing launchers to lift a moderately sized payload would likely not be as effective as simply using a single larger rocket. Similarly, launching multiple heavy lifters instead of developing a single massive vehicle would first require a payload - and there aren't many 500-tonne spacecraft waiting to go into space at the moment.

Still makes for an interesting 'Untitled Space Craft.' Just don't launch before you check your staging...

Not the answer you're looking for? Browse other questions tagged launch rockets propulsion or ask your own question.

20
How do single engine rockets control roll?
11
How risky is launching a rocket during a geomagnetic and solar radiation storm?
14
Why are rocket mass on the launch pad and payload mass to LEO not strongly correlated?
5
Could a spacecraft take off from Earth using nuclear thermal rockets?
16
Does anyone recognize these rockets, and their location?
10
Why aren’t rocket stages modular and interchangeable?
12
Is it possible to get a spacecraft into earth orbit using Linear Eddy Current Braking on an orbital runway?
15
Why do we need dedicated launch vehicles for small satellites?
4
single thrust vs. multiple thrust
8
Would it be possible for a Falcon 9 booster stage to land after an in-flight launch failure?