What was ejected from RocketLab's Electron launch vehicle at T+6:25 during stage two burn?

For those that watched the second launch of RocketLab's Electron launch vehicle, out of Mahia Peninsula, New Zealand on 21 January 2018; in which the vehicle successfully made it to orbit for the first time, this curious sequence of events occurred approximately four minutes into stage two burn.

Operators first called out a number of updates, before two items physically detached from the aft-end of the second stage of the vehicle.

This can be seen in this frame captured from the live broadcast of the launch on YouTube. In it, one of the items that fell away can be seen to the left, just below the Rutherford engine bell. 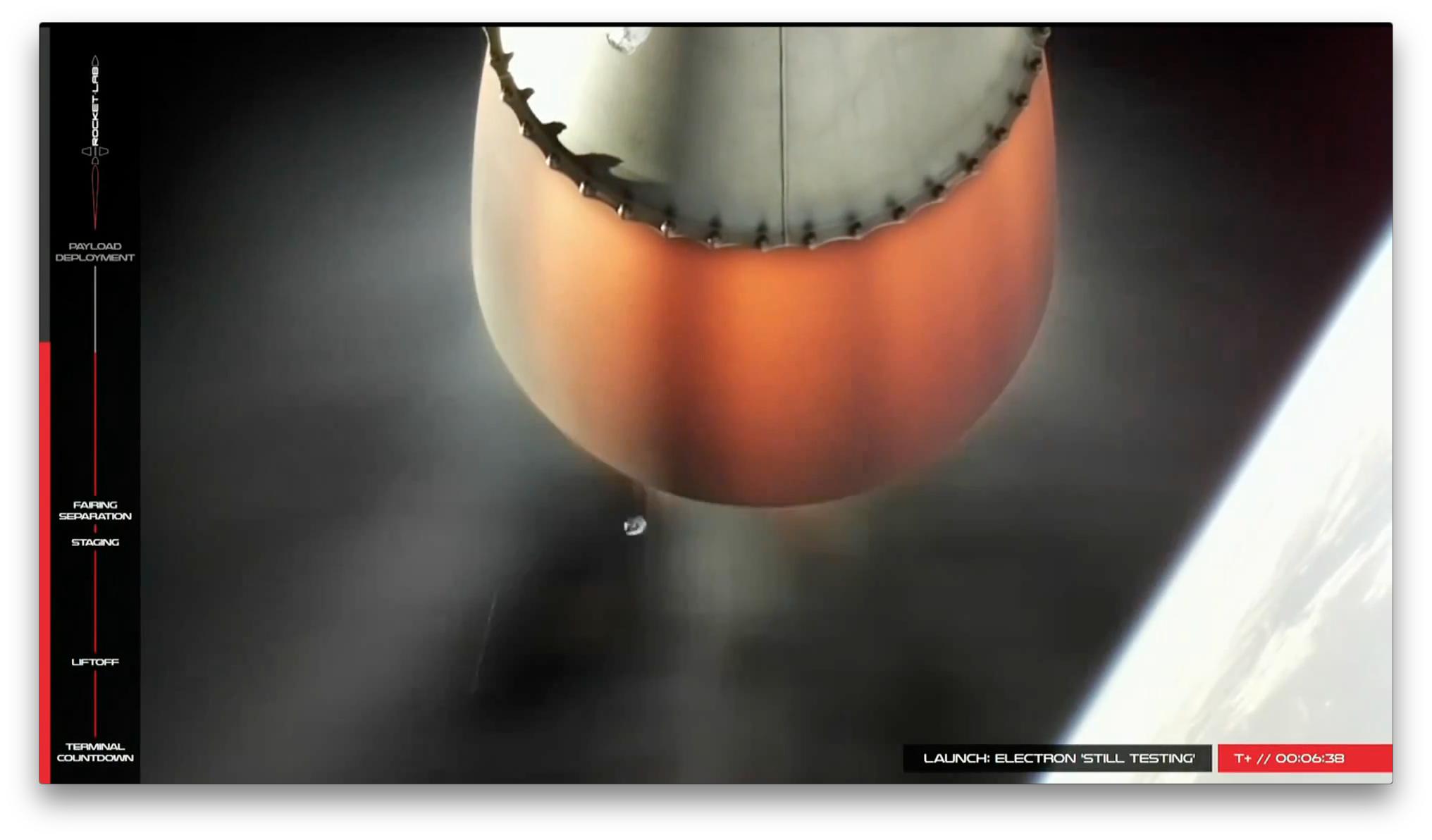 What are these two items falling away from the vehicle, and what is "hot swapping"?

I’ve continued to do a bit of research on this, and what we’re seeing falling away are two of the lithium-ion battery packs that power the Rutherford engine turbopumps.

The Rutherford engine is unique in that its small size allows it to utilise an electric pump-fed cycle. On the second stage in particular, there are three lithium-ion batteries, two of which—the ones that are ejected—can be seen in this diagram from RocketLab’s payload user guide as the rectangular containers on either side of the second stage engine.

As these two batteries become depleted of charge during flight, the third battery begins supplying power and driving the engine cycle. This process is referred to as hotswapping. Once the hot swap is completed, the two batteries are ejected to increase payload to orbit. Spaceflight101.com further states:

Electron’s second stage hosts a total of three Lithium-Polymer battery packs to power the engine during its burn. Two battery packs are jettisoned as they become exhausted during propulsive flight to shed dead weight from the vehicle and increase Electron’s payload capacity. One battery pack is carried into orbit and remains with the second stage until re-entry. With a low auto-ignition temperature of only 150°C, the second stage batteries will burn up in their entirety during re-entry while the first stage batteries are also likely to be incinerated to some extent during their sub-orbital re-entry.

The remaining batteries—13 of them— are installed and similarly provide power to the first stage’s nine engines. These are not ejected, and are designed to provide enough power for all of first stage flight.

Not the answer you're looking for? Browse other questions tagged battery rocketlab electron rutherford-engine or ask your own question.

7
To what extent, if any, does the exterior paint color of a launch vehicle affect its propellant & vehicle thermal management?
1
Why does Rocket Lab plan to deploy first, circularize later?
7
Why parts of RocketLab's Electron become white before launch?
7
Why is RocketLab capable of an order of magnitude more launches from two New Zealand launch pads than a single US launch pad?