How does a solid propellant in a rocket work?

I'm a bit confused about how the fuel manages to get from wherever its being stored in a spacecraft into the engines, seeing as it is supposedly solid and so seems like it wouldn't be easy to move. could anyone explain how the solid propellant works for this?

The solid propellant is stored in the engine, so it doesn't have to be moved.

The engine consists of a large cylinder that contains the propellant (indicated as 'grain' in the image, but it's a solid block with a grainy structure), with the nozzle at one end of the cylinder. 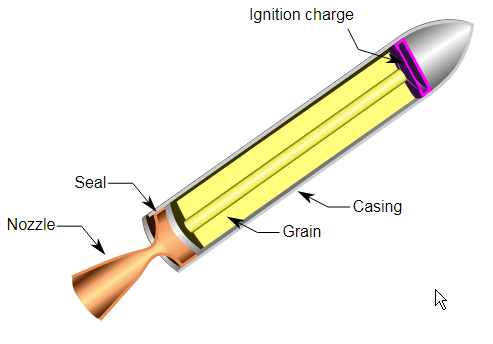 Here's one segment of a Space Shuttle solid booster, with the void down the middle clearly visible: 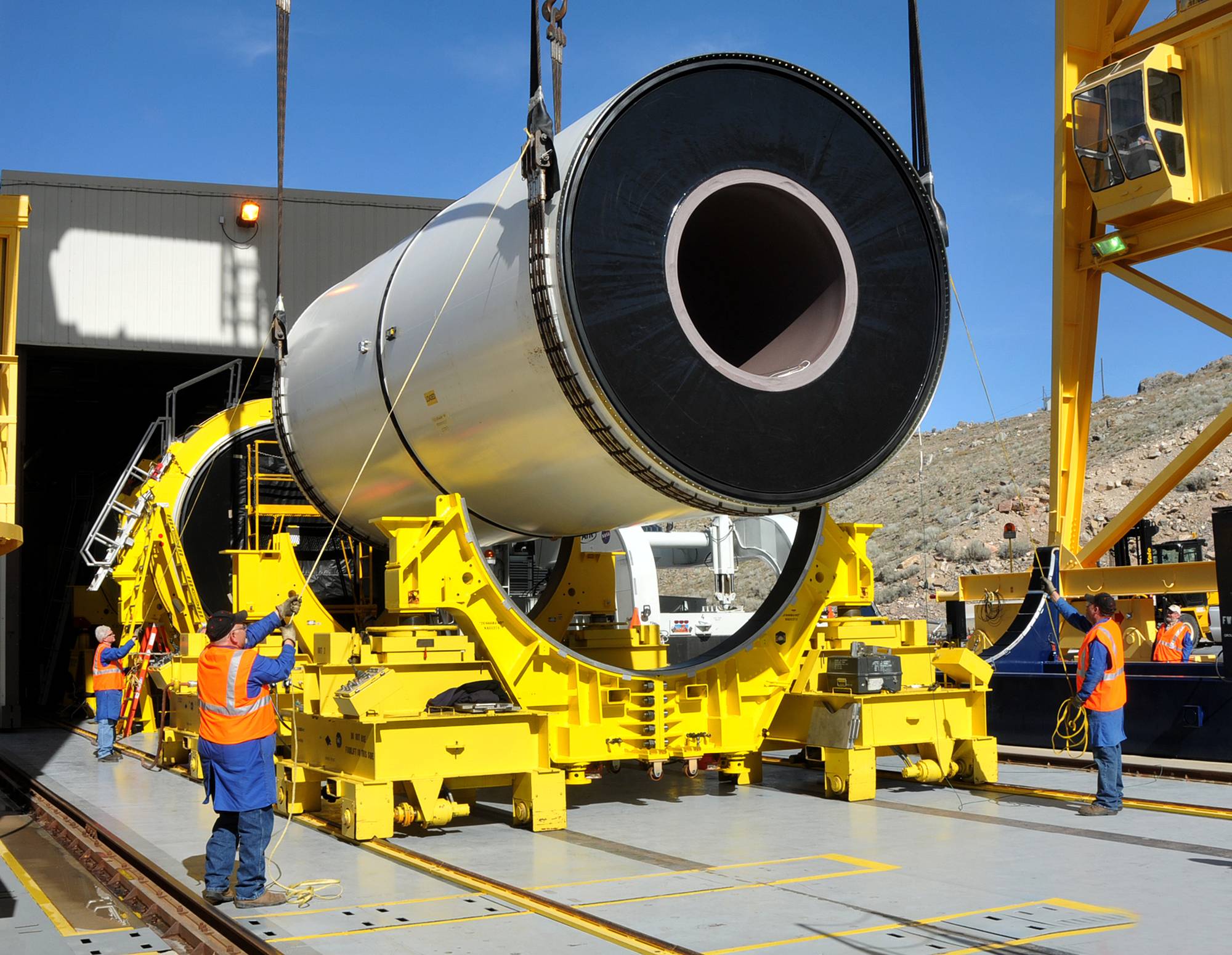 The propellant is shaped as a hollow cylinder: the void down the middle is exposed to the elements. When the engine starts, this surface is ignited. The hot gases escape down the central void and out the nozzle.

Not the answer you're looking for? Browse other questions tagged propulsion solid-fuel or ask your own question.

37
Why is there a hole in solid rocket engines?

21
Could 3D printing be used to achieve perfect grain geometry of solid and hybrid rocket motors?
13
What are the challenges in Falcon 9 "full thrust" (v1.2) with densified propellant?
10
How does propellant flow work in a nuclear thermal rocket?
12
How does an Electric Solid Propellant rocket work?
11
Rocket Engine Plumbing: Still Confused about the Preburner
6
How is it that "blow-down" propellant storage systems work in micro/ zero-gravity?
3
What are the advantages of solid iodine propellant and how is it used for ion propulsion?
2
Science Contest Topic (space exploration)