Upon news of RocketLab's successful flight of the Electron launch vehicle, it was announced that not only had they deployed the three onboard payloads into the desired orbit, they had done so using a newly developed kick stage powered by an engine called Curie:

The successful launch of Rocket Lab’s Electron rocket Jan. 20 also tested a kick stage designed to circularize the orbits of its satellite payloads. [...] The heart of the kick stage is Curie, an engine developed by Rocket Lab.

An image of the Curie kick stage can be seen in this photo supplied by RocketLab: 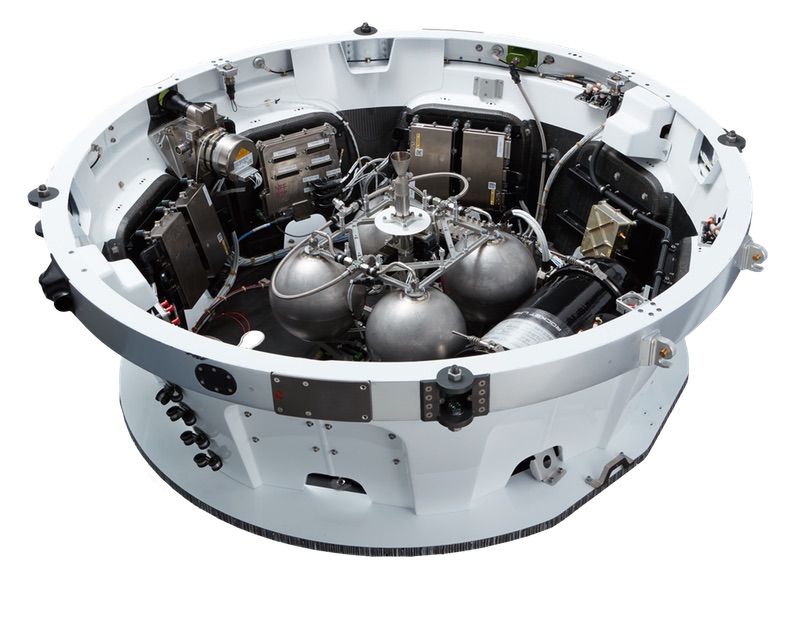 However, the kicker is that this doesn't appear to be using the typical monopropellant of Hydrazine:

The heart of the kick stage is Curie, an engine developed by Rocket Lab. Beck described the engine, capable of performing multiple burns, as 3D-printed and using an unspecified “green” monopropellant. [Emphasis mine]

What is this green monopropellant? Is it similar to AF-M315E, LMP-103S, or something else entirely?

monopropellant rocketlab curie
Share
Improve this question
edited May 6 '19 at 5:54

Browse other questions tagged monopropellant rocketlab curie or ask your own question.

23
Why did SpaceX choose to use Hydrazine over newer "green" propellants for Dragon 2?
3
Is there a derivative of LMP-103S, called LMP-103, that has even higher performance?
2
What is Rocket Lab's new Curie "Kick Stage"?

28
What was the result of the propellant predictions in the last chapter of "Ignition!"?
39
What was ejected from RocketLab's Electron launch vehicle at T+6:25 during stage two burn?
2
What is Rocket Lab's new Curie "Kick Stage"?
1
Why does Rocket Lab plan to deploy first, circularize later?
0
How does the camera make the exhaust of the Electron's RP-1/LOX exhaust transparent?
9
Why doesn't Rocket Lab use a solid stage?
2
What are/have been some dedicated launchers for the 100-1000 kg to LEO(sub 1000 km)payload market?
6
Why is Rocketlab working with a Federal Aviation Administration to investigate an early 2nd stage engine shutdown?