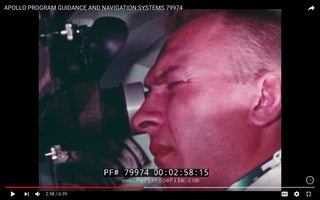 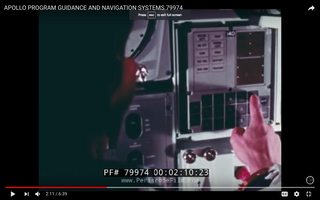 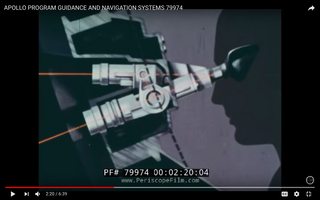 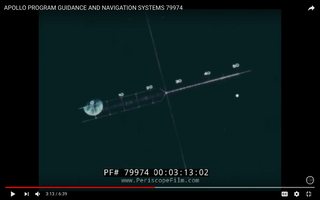 11
Is it possible to navigate space travel with no computer?
7
Calculations Apollo astronauts were trained to do by hand if loss of guidance computer and/or data & coms link to Earth?
10
Could Apollo's Sextant navigation use similar geometry as Marine Navigation?
6
Which instrument did astronauts use to measure their position?
4
How did the automatic sextant on the late-1950's MIT Mars Probe work?
2
What is the nature of the sextant tests on the ISS for Orion cis-lunar emergency navigation?

6
Is NICER/SEXTANT the first civilian "spacecraft" to determine it's own position in space without GPS or uplinked data?
3
How was the Apollo IMU calibrated?
6
What brand and model is the hand-held sextant tested on the ISS?
6
What coordinate system was used for the Apollo missions?
3
What was the view from the Apollo spacecraft while travelling to the moon?
3
What kind of camera was used to produce this Apollo-era footage of the Earth?
10
How would the state vector be updated in the Apollo Guidance Computer during coasting to/from the moon if communication with Earth was lost entirely?
3
Confusion with Apollo CSM attitude maneuvers (roll, pitch and yaw) during coasting to/from the Moon
10
Could Apollo's Sextant navigation use similar geometry as Marine Navigation?