It's been over two weeks now, will the real Humanity Star please stand up?

edit: This must be some kind of record! (cf. ISRO's PSLV-C37 with 104 satellites - after 56 hours only six TLEs, which factor is greatest challenge? This time its only six total!)

At the end of every episode of old US TV game show called "To Tell the Truth" the moderator would ask for the real contestant (one of three) to "please, stand up". (example ending)

Both N2YO and Wikipedia (German) say that Humanity Star is 43166, 2018-010D, but Wikipedia (English) says it is 43168, 2018-010F, and NY2O's current ground track positions for D and F both disagree with the position on TheHumanityStar.com's tracking page, and Celestrak's SatCat listing does not show names for any of the 2018-010 objects yet, although Celestrak's TLE for the A object shows the name DOVE PIONEER. 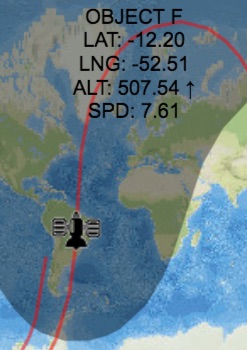 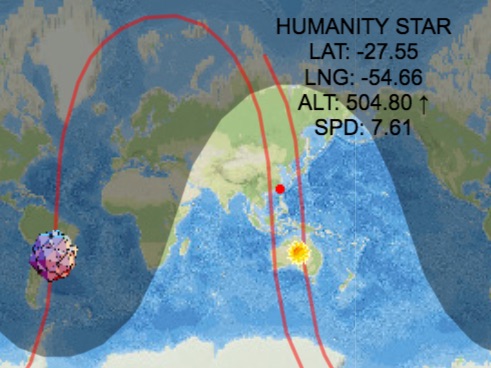 First of all, it isn't really known yet which object it is, at least to the general public. Space Track (JSpOC) no doubt knows which object it is, but it would require them confirming it to the public to get the positive identification. In order for them to release this information to the public, it requires a high level expert to confirm the information, who normally doesn't work on weekends or nights. I expect the confirmation will be done today.

That being said, there are a few bits of information we can use. Of the 6 objects that are being tracked, 3 of them are in a lower orbit then the others. We know from publicly released information that Humanity Star is supposed to be in the lowest orbit. One of these objects is positively identified, meaning that it must be one of the two remaining objects, D or F.

Given that Humanity Star was a secret payload, not announced to the general public until after launch, I suspect that it was given the last designated payload slot. In addition, "F" is the lowest object at the moment, and is given a "Large" Radar Cross Section (RCS) size by JSpOC, as is object "D". It seems like Small, Medium, and Large are the most commonly given values for the RCS size.

Lastly, the common convention of JSpOC is to give all payloads the first levels, followed by any booster stages, and finally any debris objects. It is worth noting that there are 4 "Payloads" that were launched, in addition to 2 "Booster" objects.

That being said, I'm confident that JSpOC things that "D" is Humanity Star", and "F" is the spent second stage booster. "E" would be the spent third stage booster, and "B" and "C" should be the two Lemur satellites. I wouldn't make anything official until JSpOC releases the designations, but I believe 43166 is the proper designation for Humanity's Star.

So, I was wrong, the real one is the "F", 2018-010F 43168. I suspect that the two looked alike, and they initially guessed wrong between Humanity Star and the booster stage.

Not the answer you're looking for? Browse other questions tagged artificial-satellite tracking two-line-elements humanitystar or ask your own question.

13
How to obtain UTC of the epoch time in a satellite TLE (two line element)?
8
How do cubesat owners first find out their cubesat's initial trajectory? How do they point antennas at it before official TLEs start to appear?
5
ISRO's PSLV-C37 with 104 satellites - after 56 hours only six TLEs, which factor is greatest challenge?
6
Do deployments of multiple cubesats obey proposed guidelines such as 20 seconds or more between deployments at 5 m/s or faster?
2
Where can I find the TLE of ExseedSat 1, India's first ever private LEO satellite?
3
Why would Humanity Star not be visible from North America (USA?) until March?
2
What can be done in future mass-cubesat deploys to make them "less irksome" to orbital space debris experts?

5
Has the Humanity Star been spotted yet?
12
What will become of the two cubesats deployed as part of the Insight mission?
8
How do cubesat owners first find out their cubesat's initial trajectory? How do they point antennas at it before official TLEs start to appear?